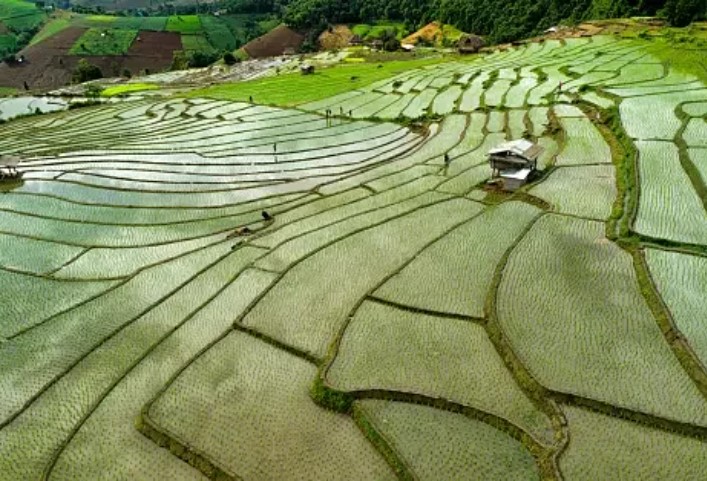 Country accounts for 40% of global rice trade; crops shrink with severe drought and market analysts estimate prices could exceed US$ 400 a ton

THE Indiathe world’s largest rice exporting country, has restricted exports of key varieties that are mainly destined for Asia and Africa, threatening to disrupt global agricultural markets and exacerbate food inflation and hunger.

O government imposed a 20% tax on white rice shipments and whole grain and banned the sale of broken rice abroad. The restrictions apply to about 60% of India’s total rice exports, according to Bloomberg calculations.

The measures by India, which accounts for 40% of the global rice trade, will put further pressure on countries struggling with worsening hunger and rising food inflation. Rice is a staple food for about half of the world’s population, with Asia producing and consuming about 90% of the global supply.

O Rice is now the third leading agricultural commodity in India to face restrictions in exports this year. The South Asian nation has already restricted exports of wheat and sugar, adding to a wave of food protectionism that has exacerbated the chaos in global food markets sparked by the war in Ukraine.

In contrast to the rise in wheat and corn prices following Russia’s invasion of Ukraine, rice has been subdued due to ample stocks, helping to avert a larger food crisis. With India’s latest move, that could be about to change.

The restrictions apply to unground and peeled brown varieties, the government said on Thursday. Semi-milled and milled rice – or white rice – will incur a similar tax. Parboiled rice and Basmati were excluded from taxation.

The variety that now attracts the export tax accounts for about 60% of India’s non-basmati rice shipments, according to BV Krishna Rao, president of the Rice Exporters Association. The restriction will benefit rival suppliers Thailand and Vietnam, he said, who are cooperating to raise rice prices.

“The government’s move will increase global rice prices,” Rao said, estimating that white rice export prices could exceed $400 a ton from the current $350 free on board.

Exporters will ask the government to waive taxes on around 2 million tonnes of rice that have been contracted but not yet shipped, he added.

Broken rice, prohibited from being sold abroad, is mainly used for animal feed. Prices have risen this year due to increased export demand. The main buyers include China, which uses it to feed livestock, and some African countries that import it for food. This variety accounts for nearly 20% of India’s overseas shipments.

Rice planting in India has shrunk by 5.6% this season due to lack of rainfall in some areas. Monsoon rains were more than 25% lower than average in the main growing states of Uttar Pradesh, Jharkhand and Bihar. Overall, the country received 5% above normal rainfall during the period.

Trade restrictions will create supply concerns as India is the biggest rice exporter, said Bloomberg Intelligence analyst Alvin Tai. “They will definitely not help global food inflation, but it depends on how long they keep them.”

Microfranchises 2022: see that are the ten largest in…

ABF research shows the largest segments, the average return period and the investment of the largest microfranchises in Brazil. Check out:…