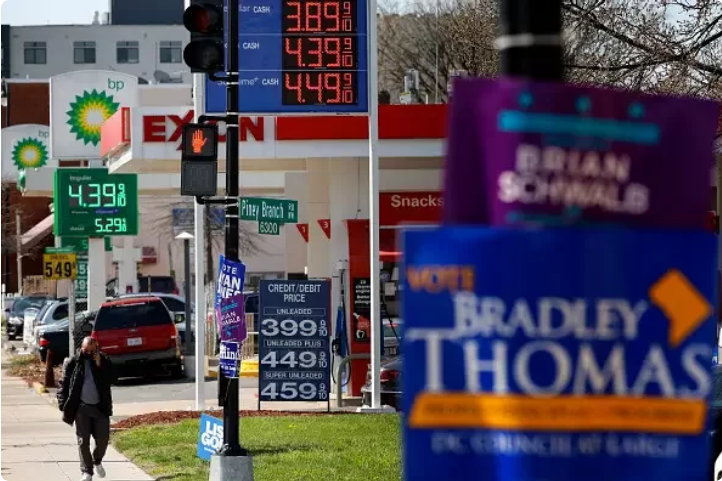 Why record US inflation is bad news for Brazil

While trying to recover from its own internal problems, Brazil embarks on a global perfect storm.

You United States have lived their emerging country days. Prices are readjusted on the shelves more often and last month’s salary no longer buys the same this month – to despair (and lots of memes on social media) of American consumers, accustomed to much more stable values.

Inflation in the US released last week reached 9.1% in the accumulated until June, the highest level in 40 years of the CPI, the main price index. The index rose more than 1% for the second month in a row (1.3% in June and 1% in May).

In addition to the internal impacts on prices (such as the decline in popularity of the Joe Biden administration and the imminent defeat of the Democrats in the legislative elections), the movements in American inflation are expected to affect the entire world in the coming months.

The impacts in Brazil are mainly based on the expectation that the Fed, the US central bank, can raise US interest rates even further and faster.

The rise in US interest rates affects Brazil in many ways. The monetary tightening tends to appreciate the dollar against the real and, in general, forces Brazil to also raise interest rates to avoid capital flight and to contain inflation, which is pressured by the appreciation of the dollar. Higher interest rates, meanwhile, are holding back the economy’s recovery and job creation.

After starting the year with zero interest rates, the Fed promoted successive increases to try to contain American inflation – which was already pressured by the supply shock in the pandemic and worsened once and for all with the war in Ukraine.

In the last increase, in June, the institution had already raised interest rates by 0.75 pp, to the range between 1.5% and 1.75%. It was the biggest increase in the US rate in a single announcement since 1994.

The next expected increase in July was around 0.75 pp again. But with inflation above expectations and labor market data still buoyant, analysts have started to work with the possibility of a 1 pp rise at the Fed’s next meeting, on July 26 and 27.

There are some differences between the scenario in developed countries and Brazil, of course. Brazilian inflation is close to 12% even with unemployment still high, at around 10%, while the US is experiencing a scenario of “full employment”, with unemployment at 3.6% and heated demand.

“The US output gap is much tighter, they are close to potential output. As much as our unemployment has fallen, this is not the case in Brazil yet”, says Oliveira, although he emphasizes that global inflation comes much more from supply than from demand at the moment.

The US inflation numbers, in addition to being high, have always been above expectations. Once upon a time, this wouldn’t have been a big problem for the world’s largest economy — but in the 2022 scenario, just a small percentage off the line can accentuate the jitters in the markets.

“By this point, upward surprises in inflation have occurred so often that ‘surprise’ is probably the wrong word,” nudged the British magazine. The Economist this week.

Recession on the world’s radar

High inflation and expected interest rate hikes have put the risk of a global recession on the horizon.

The big debate in the markets right now is whether the Fed will be able to make a cycle of monetary tightening without, at the same time, pushing the US — and parts of the world — into recession.

The Fed’s move has been followed up by a number of central banks around the world, including in other developed countries such as the United Kingdom, Canada and Australia. Sweden, for example, raised interest rates to 0.75%, a level that, although still low, was triggered for the first time in 22 years. The European Central Bank also announced that it will soon raise its interest rate, which is now set to zero.

It’s the end of an era, after years of low interest rates that sustained high country debt and capital flowing into risky investments.

In Brazil, the basic interest rate, the Selic, is now at 13.25%. It is the highest level since 2016. The BC is expected to be approaching the end of the monetary tightening cycle, but the year may still end with interest rates closer to 14% depending on conditions.

In addition to the monetary tightening, lockdowns in China (which caused the country’s GDP to be almost stagnant in the second quarter) and the effects of the undecided war in Ukraine make the prospects of a global recession even greater.

Second semester better for Brazil, but then what?

At least for this year, Brazilian prospects are better than they used to be. The Ministry of Economy raised its 2022 GDP forecast to 2% on Thursday, the 14th, the same forecast by the Credit Suisse bank, which increased its bet from 1.4%. Other houses have also made bullish reviews.

The partial recovery of the Brazilian economy after the height of the covid-19 pandemic has been driven by the rebound of consumption with the reopening, especially in the service sector, and with the commodities exported abroad.

At the other end, there are doubts about how much growth can be sustained, with the population’s income at its lowest level in a decade and signs of a slowdown in China that could impact Brazilian commodities, especially for 2023.

But for now, although growth is not necessarily high, the scenarios for the second half are more positive, explains Oliveira, from Ibre.

Inflation could go from the current 12% to close to 8% or less by the end of the year. In the month of July, the expectation is for negative monthly inflation in the IPCA. The reasons are, above all, the cut in the ICMS on fuel and energy, in addition to the recomposition of the harvest and the drop in prices such as fruit and vegetables, after the highs at the beginning of the year.

There is also the reduction in the price of commodities on the international market (which harms growth on the one hand, but reduces inflation on the other). Brent crude has fallen to close to $95 for the first time this week since the start of the war in Ukraine, in part on fears that a recession will dampen demand. At the other end, the dollar, which rose again against the real, can be a challenge.

Globally, the expectation is that US inflation may also have peaked and will decelerate from now on.

Despite this, the American futures yield curve continues to reflect expectations of a recession, with high interest rates in the short term and low in the long term.

US Treasury Secretary Janet Yellen said this week that US inflation is “unacceptably high”. Meanwhile, she also spoke about the dubious effect of this scenario on emerging countries: “On the one hand, it can strengthen their ability to export, which is good for their growth,” said the secretary. “On the other hand, depending on the extent to which countries have dollar debt, it could make these problems — which are already severe — much more difficult.”

The situation is worse for countries like Argentina, which have a high dollar-denominated external debt. Fortunately, Brazil has not had this type of issue for years, which makes the country’s situation different today from the oil shock of the 1970s. Public debt, close to 80% of GDP today, becomes more problematic with interest rates high interest rates, but it doesn’t compare to the problems of a dollar debt.

Goldman Sachs wrote in a report this week that the fuel and energy tax cut, added to the increase in Auxílio Brasil to R$600, truck driver vouchers and other measures in the recently approved PEC Kamikaze or PEC dos Benefits, must add 0 .7% of GDP in fiscal stimulus in the second half.

But he also pointed out that the first half of 2023 could have more negative impacts. “However, moving forward, high inflation, the delayed impact of the recent monetary and financial tightening, gradually tightening credit conditions, high household indebtedness, slowing global economy (and potential accommodation of commodity prices and terms of trade) and post-election policy uncertainties are likely to add increasing headwinds to economic activity,” the bank’s analysts write.

In an interview with EXAM this week, André Perfeito, chief economist at brokerage Necton, said that “the problem is not 2022 inflation, but the discussion of 2023 inflation and hedging”. “This is still unclear,” Perfect said.

While trying to recover from its own internal problems, Brazil is now embarking on an international perfect storm. The results are still unpredictable.

Russia wants to create its own reference price…