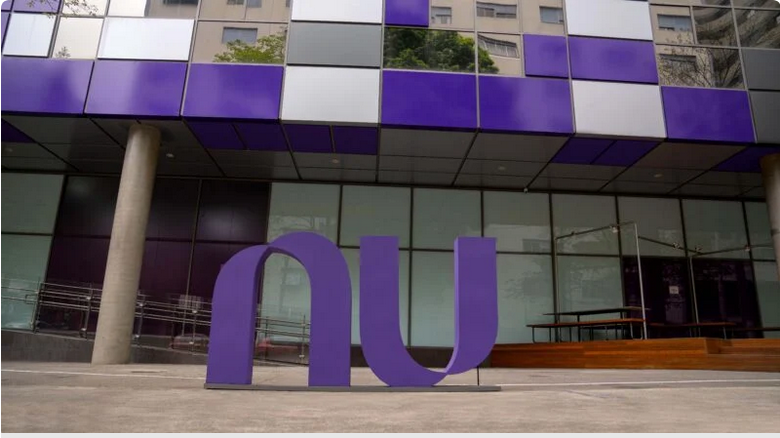 When it debuted on the New York Stock Exchange last December, the digital bank Nubank was elevated to a prominent position: the most valuable in Latin America, surpassing traditional financial institutions such as Itaú, Bradesco and Santander.

Today, just over six months later, its shares have dropped 65% and their market value (the result of multiplying the volume of outstanding shares and the price of each of them) has gone from US$ 41.5 billion to US$ 17.1 billion.

But in the same period, its main competitors did not suffer the same volatility. Itaú Unibanco is currently worth US$50.2 billion and Bradesco is worth US$41.9 billion, respectively, higher than in December.

In other words, Nubank, which in that month was worth more than Itaú, is now worth about a third of it.

And even the release of the first quarter results, the strongest in the history of the digital bank, with total revenue reaching a record US$ 877.2 million, above analysts’ expectations, was able to stop the bleeding — in fact, soon. after the announcement, the shares rose by 8%, but then fell again.

But what is happening with fintech, which, with an aggressive growth strategy, has already gained a customer base of around 60 million in Brazil, Mexico and Colombia since its founding in 2013?

The bank states that “despite recent short-term market volatility, we remain fully confident and committed to long-term value creation” (see full note at the end of the report).

According to analysts interviewed by BBC News Brasil, there are a number of factors that explain the vertiginous fall in Nubank’s shares.

But before that, it is necessary to understand what an action means. Basically, this is a fraction of a company. Shareholders therefore own a portion of the company. The shares are traded on the stock exchange and bought and sold by investors who are also interested in the company’s profitability.

When investors — “the market” — understand that the company will not deliver the expected results, they sell that fraction they hold. Following the concept of the law of supply and demand, if too many people are selling and too few are buying, the value of the stock falls.

From the start, however, these investors showed an appetite for Nubank, despite the digital bank only turning a profit for the first time last year. The main explanation is an expectation of future profitability.

It is a gamble — which appears to be being readjusted by the market, due to a combination of circumstances, which involves the bank’s decision-making, and the Brazilian and global economic environments.

In the external scenario, the market remains in a bad mood in the face of inflationary pressure and rising interest rates in developed markets — including the United States. In one month, Nasdaq, the American electronic stock exchange, has already accumulated a drop of 13%. Since the beginning of the year, about 30%.

“When you look across the board at the evaluation of fintechs in the international market and not only with a focus on Brazil or Latin America, there is a great pressure on their market evaluations. But what happened differently earlier this year? There is a trend of growing inflation not only in Latin America, but throughout the world”, says João Bragança, director of financial services at the German consultancy Roland Berger, commenting on fintechs.

“This has caused central banks to raise interest rates, reducing liquidity in the market, that is, the resources that are available for investors to invest in new or pre-existing businesses. Fintechs are, by nature, businesses that are in the maturation phase, on a path to strengthening their business model.”

“Any digital bank is still doing what we call a ‘customer monetization journey’. First, you acquire customers and then you develop products and services for them to use, generating revenue and profit.”

“Now, investors’ risk assessment in a situation of less liquidity puts pressure on the market’s assessment of any new business model. It is a global trend”, he adds.

But it is the domestic scenario that makes many investors fearful.

In an environment of deterioration of the Brazilian economy, with high interest rates and inflation, and loss of income of the population, concerns grow, therefore, about whether Nubank will be able to “monetize its customer base”.

In this context, and considering the growth of the digital bank’s credit operations, which invested massively in attracting customers, fears fall over the prospect of a rise in delinquency and provisions for default, both in cards and personal loans.

Cards are essentially an unsecured credit grant (that is, the borrower does not need to give something as a payment precaution, such as a property or vehicle, and therefore does not need to justify how he will spend the money). Banks cannot recover assets if they default.

“Whenever interest rates rise, credit becomes more expensive. Consumption and borrowing are discouraged. And Nubank is a credit institution. Their biggest revenue base comes from credit cards, mainly revolving (i.e., installments), and loans”, explains Danielle Lopes, partner and equity analyst at Nord Research, an investment analysis house focused on small investors. and based in São Paulo.

“People who became Nubank customers were attracted by the promise that the bank would not charge fees. That is, how to monetize your business if interest rates are very high and your customers are not taking credit? This is a huge problem for them.”

“From what we are seeing, the market does not believe that Nubank will be able to achieve good results in the short term and is very apprehensive about the long term, given the global macroeconomic situation”, he adds.

Lopes recalls that the default rate of the digital bank has increased and is above the average of traditional banks.

“We don’t think it’s interesting for a newcomer bank to seek to accelerate access to credit at such a complicated time with interest rates”, she wrote in a newsletter to investors after the release of Nubank’s results.

Traditional banks, such as Itaú Unibanco and Bradesco, have recently expressed caution regarding card operations, especially in the digital environment, and stated that they will focus on retaining old customers to the detriment of attracting new ones.

According to Milton Maluhy, president of Itaú Unibanco, in his view, digital customers have a “riskier” credit profile, especially in a more complex macroeconomic environment, such as the current one. Itaú Unibanco is the leader in cards in Brazil, with around 30% of the market.

“What we have been doing since the second half of last year is to reduce the number of customers acquired digitally, because we see that it is a customer with a riskier profile,” he told journalists when commenting on the bank’s results, published in beginning of May.

“We are reducing (customer) acquisition of cards, as we understand that it is a more volatile product,” he added.

In the same vein, Bradesco’s president, Octavio de Lazari Junior, stated that the bank will focus “less on accelerated growth and more on customer loyalty, retention and profitability”, when talking about the company’s three digital banks.

Lopes, from Nord Research, also draws attention to two recent elements for what he calls the “tide of bad luck” that affected Nubank and says that “it doesn’t look like it will end anytime soon”.

The first: the remuneration package for the fintech board of more than BRL 800 million reported in recent days, well above that observed among large Brazilian banks. “The CEO compensation package is super-aggressive, on average, higher than the board members of Itaú itself, a much more consolidated bank”, says Lopes.

The second: the announcement that Nubank will invest 1% of its cash in bitcoin. “Bitcoin is a very volatile currency and Nubank needs this money to grow. Investors start to doubt management’s ability to make decisions.”

The fact that the market has become more competitive also weighs against Nubank. Today, several competitors are betting on the successful fintech formula, such as a card with no annual fee, a free account and a simplified offer. Meanwhile, traditional banks have been accelerating their digitization.

Because of this, Nubank has expanded its range of services, entering areas such as investments and insurance, but this also means a more complex operation.

Asked about the vertiginous fall in its shares, Nubank sent to BBC News Brasil the press release released on the occasion of the quarterly results last week.

In the note, Nubank founder and CEO David Vélez says: “This was the strongest quarter in the history of Nu. We reached around 60 million customers and a record 78% activity rate. Our revenue generation formula helped drive the quarterly result, which reached a record US$ 877 million (+226% FXN compared to 1Q21), with low customer acquisition cost, increased revenue per customer and reduced of the cost of service”.

“Our loan portfolio expanded significantly more than the market and maintained healthy quality levels. This result is the result of our advanced risk model and our disciplined and resilient credit portfolio, especially considering the current macroeconomic conditions”.

“Despite recent short-term market volatility, we remain fully confident and committed to long-term value creation, as reiterated by our key shareholders.”

Grains may have ‘worst harvest in history’ with…

Warming and uncontrolled urbanism will cause more disasters…