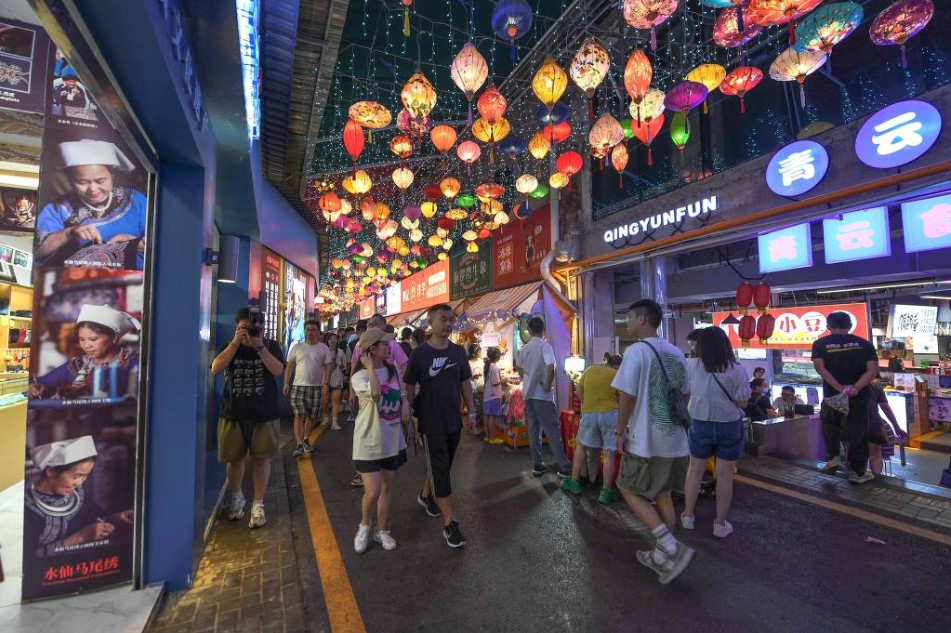 Why Chinese language progress is slowing

New cases of Covid, crisis in the real estate sector and heat waves harm the country

Chinese economic figures released since the beginning of the month show a slowdown in its growth. New outbreaks of Covid-19 in the context of the zero Covid policy, the real estate slump and heat waves have been holding up the pace of the country’s economic recovery.

The GDP (Gross Domestic Product) growth estimates of several international banks for the world’s second largest economy this year were recently revised to levels between 2.5% and 3.3%. Industrial production grew just 3.8% in July from a year earlier, well below expectations of 4.5%.

An exceptionally hot and dry summer is stressing electricity supplies and leading to production cuts in certain provinces and in some energy-intensive sectors.

The crisis in China’s real estate sector continues to undermine economic performance. Housing is an important component of fixed investment. It grew by just 5.7% in the first seven months of the year, compared to the same period in 2021. Last year, that number was 10.3% higher year-on-year from July.

In turn, retail sales in July were up just 2.7% year-on-year, far below expectations of 5%. New outbreaks of Covid-19 and the risks of confinement to which the population is exposed by being in the wrong place and time, in addition to affecting retail trade, have also had a negative impact on domestic tourism. Strictly speaking, only exports maintained a good pace.

Despite the slowdown, the measures taken by the government to counter it can be considered modest, unlike other moments in recent history. The People’s Bank of China cut two major interest rates last week — the repurchase (“repo”) interest rates on one-year and seven-day open market operations — by… 10 basis points! And yesterday it announced a 15 basis point cut in the interest rate on five-year operations, lowering it to 4.30%, while the one-year rate was reduced by another 5 basis points to 3.65%.

Analysts do not believe such reductions — and other newly announced incremental fiscal measures — will significantly boost economic growth. The increases in the monetary base (M2) since last year have not been accompanied by an equivalent expansion of domestic credit, denoting the presence of other factors underlying the slowdown in investments — mainly in the real estate area, given the fragile situation of companies in the sector and the demand for your products.

The real estate slowdown since last year was initially driven by the policy choice to reduce developers’ leverage and achieve a long-term objective of housing “for housing, not for speculation”. Banks, regulators and local governments will have to stick to this policy objective and a general bailout is not on the cards. There is an expectation that adjustments to the balance sheets of companies and customers/suppliers in the sector will occur without resulting in some kind of systemic crisis.

To understand where Chinese economic growth is, it is necessary to go back to the beginning of the last decade. In December 2011, when one of the vice presidents of the World Bank is speaking to you, I attended a ceremony in Beijing where then-President Hu Jintao made one of the first demonstrations on the need for an inevitable “rebalancing” of the Chinese economy. There would have to be a gradual redirection towards a new pattern of growth, in which domestic consumption should increase in relation to investments and exports, while an effort was also made to consolidate local insertion in the higher rungs of the ladder of added value in value chains. global. Services should also increase their weight in GDP relative to manufacturing. There would no longer be the double-digit GDP growth rates of previous decades, but growth would no longer be, as Prime Minister Wen Jiabao said in 2007, “unstable, unbalanced, uncoordinated and unsustainable”.

Given the low level of domestic consumption in GDP (a fact that is still present) and, therefore, the dependence on investments and trade balances, the transition would run the risk of experiencing an abrupt drop in the pace of growth, particularly given the context after the crisis 2008-09 global financial statement. To allay fears of an abrupt slowdown, waves of credit-driven overinvestment in infrastructure and housing followed. A second round came into play in 2015–2017, in response to a real estate downturn and stock market decline. In addition, of course, to the expansion policies adopted during the pandemic crisis in 2020.

Indeed, the decline in Chinese GDP growth rates has gradually come to 6% in 2019, towards levels like the 4% expected after the pandemic. An arduous question to answer concerns how this gradual evolution would have been in the absence of such waves of overinvestment, counting only on the “rebalancing”, that is, an increase in wages and mass domestic consumption and the transition to greater weights. services and high technology.

This matters as there is a perception of depletion of the leverage of real estate and infrastructure overinvestments. Not only because of the levels of indebtedness —including that of subnational governments—that followed its extensive use, but also because, at the margin, its returns in terms of GDP growth showed a declining contribution. Clearly, Chinese authorities are choosing to safeguard their economy from financial vulnerabilities, even at the price of GDP growth below official targets.

Two challenges remain ahead for the Chinese economy. On the one hand, as we have seen, the share of domestic consumption in GDP remains exceptionally low. In addition to the high proportion of profits in relation to wages, low levels of public spending on the social safety net lead to high household savings.

The second challenge is, of course, climbing the technological and value-added ladder. Previously, to some extent, China resorted to policies of forced transfers by those who wanted to invest there or the use of technologies without recognition of intellectual property. At the same time, it has also done its homework in terms of investing in education and infrastructure, among other areas, to creatively absorb this technology. It has now reached the top of the ladder, where “tacit and idiosyncratic” technology content must be developed locally, as it is not available simply by using or adapting existing technologies.

We can also add the halt in the rebalancing between public and private companies in service sectors, in which – not by chance – Chinese productivity remains well behind the border in advanced countries. In any case, in the next few years, the rest of the world can no longer count on China as an engine of growth as exuberant as it has been in recent decades.