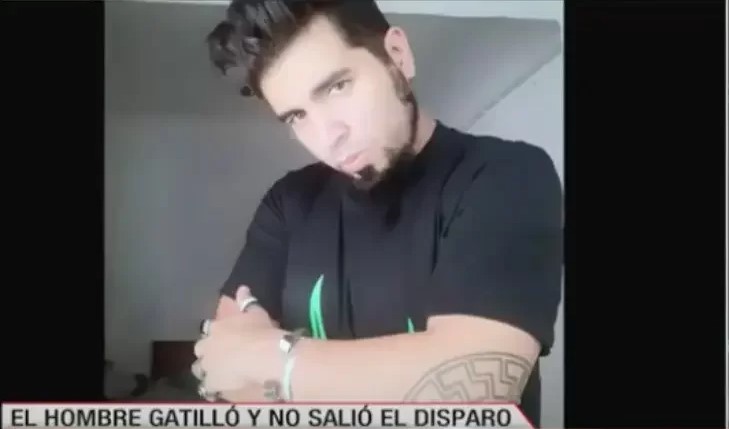 Who’s the Brazilian who tried to shoot Cristina Kirchner?

Fernando Andres Sabag Montiel, 35, was arrested in Buenos Aires after firing a gun at Argentina’s vice president; moment was captured on video

One Brazilian man 35-year-old was arrested in Buenos Aires this Thursday, 1st, after firing a gun at Argentina’s vice president, Cristina Kirchner.

According to footage captured at the scene, the weapon would have failed at the time of firing. As there was no shot, there is a possibility that it is fake.

The information is from Clarin newspaper.

Who is the Brazilian?

The man was identified as Fernando Andres Sabag Montiel. Of Brazilian nationality, Montiel has a criminal record: in March 2021, he was prosecuted for misdemeanor, that is, possession of an unconventional weapon, in La Paternal, where he would be domiciled.

According to the Argentine Clarinat the time, the Brazilian was arrested with a knife in his possession and declared that it was for his personal defense, according to security sources.

According to commercial records, the man is registered to provide “non-scheduled urban and suburban car transport service for free passengers”, a category that corresponds to the application of car drivers. He also has a Chevrolet Prisma car registered in his name.

What happened to Cristina Kirchner?

According to Security Minister Aníbal Fernandez, the attack took place in front of Kirchner’s house, in the Recoleta neighborhood of Buenos Aires. She was talking to supporters when the man enters the crowd and points a gun at the vice president’s head, as captured images show.

The minister also said the man was detained immediately and the weapon was already in the possession of the police.

Why is the value of gasoline falling in…

Every little thing you must learn about The…

Americana was already one of the investors in the startup, which becomes its first operation in the region and will maintain…