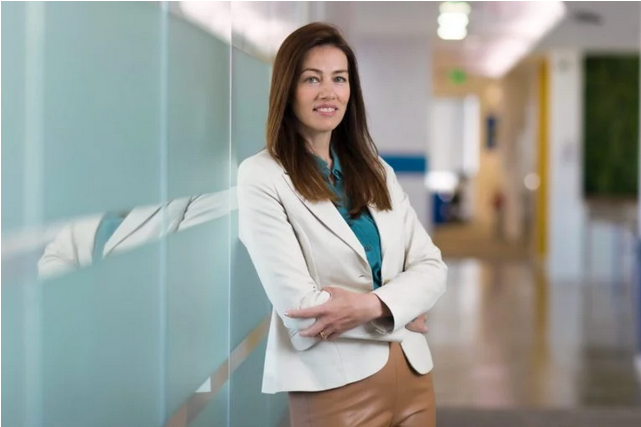 Upon receiving the invitation to assume the position of country manager at Philips in Brazil, the first reaction of Patricia Frossard it was by surprise. “I even looked back to see if it was myself they were talking to,” says the executive, who, at that moment, could only focus on her weaknesses. “I didn’t think about what I was strong at. I just thought I didn’t understand the financial and commercial areas.”

training lawyer, Patricia had not designed a career outside of this universe. But she had good communication with all levels of the company, something she borrowed from the law, and she was a neutral person at a time of business unification. And that’s what brought her to the highest office. “The company needed someone to make connections. My strength was relationships with people, so I used that to chase what I didn’t have.”

Before accepting the proposal, Patricia took the matter home and assessed whether she was willing to leave her area of ​​training, where she already had a career, to assume the highest position in the company in the country – and to reconcile work with caring for the children, aged 8 and 16 at the time, and personal life. “I thought about all this and came back with my conditions.”

First, he asked to accompany a coach during his first year on the job. Second, he wanted to keep doing things he couldn’t give up: gym three times a week and a commitment to his son on Thursday afternoons, for example. Third: “if it doesn’t work out, can I go back to the position I was in?”

The conditions were accepted and made it safer to become the first woman to be Philips’ country manager in Brazil. “I’m the first, but I don’t want to be the last. This is a phrase from Fabia Tetteoo-Bueno, our leader in Latin America who is also Brazilian.”

Luck and courage are part of the journey

Luck, according to Patricia, is also part of her journey, as well as courage to accept opportunities. “My career was designed to be within the legal field, and when someone gives you a nudge and opens up a range of opportunities, you have to have the courage to make the decision.”

The executive entered as an intern at PepsiCo, where he spent 13 years, always in the legal field. “I thought my career had come to a standstill. And I wanted to see what I was like outside the company.”

At Philips, he took over an area in the Brazilian legal department. “From then on, great coincidences happened”, he says. After one year with the company, her boss left and she assumed the chair of compliance and legal leader. Two years later, the Latin American leader migrated to a position in the United States and she took over. And in 2019, the company’s country manager at the time also left, and Patricia was called to the position. “Establishing roots in the company is very important to have credibility and consistency and gain greater positions.”

Today, the executive works to pull other women and show that it is possible to balance corporate leadership with personal interests. “I’ve offered positions that women have turned down. One of them told me ‘I don’t want to because I really like being a mother’”.

She felt bad and, upon returning home, asked her children if she was being present. “We often self-boycott. And my role is to show other women that they can conquer bigger roles.”

Patricia does it defending quality of life and flexibility at work. “In the pandemic, we gained a flexibility that did not exist. And today I believe that women are seeing the leadership position with more possibility.”

At 44 years old, the company’s biggest leader works up to nine hours a day, doesn’t leave any pending tasks for the weekend, goes to the gym, prepares her son’s lunch box – despite having help for this – and doesn’t give up making dinner at Wednesdays, for example, a program she created to break “the worst day of the week”. “We can’t leave happiness for later.”

She also takes a vacation and makes it clear that she is not to be disturbed during this time unless it is an emergency. “I take my executive image and put one that says ‘on vacation’. I joke that if you call me on my vacation, I’ll call you on yours.”

Patricia got married at 20 and had her first daughter at the beginning of her career, at 25. 8 years later, when she had her second, already at a more senior stage, she couldn’t stay away from work for so long and came back from leave with four months . “I had a little insecuritybut then I understood that it was my thing.”

The executive understands that when it comes to motherhood, there is no right or wrong time. But in her case, getting pregnant before starting to grow in her career was more positive. “I really wanted to be a mother and I wasn’t going to stop having kids because of my career.”

Today, she realizes that the corporate world is changing and women have more space to make these and other decisions. “I don’t want to have to talk about this subject in a few years. I want it to be a very natural thing.”

“It was leaving PepsiCo and going to Philips. I think it opened up a vision for me that I can be a victorious person in other places as well. Because when you’re in a place where you feel comfortable, you think it’s because of the company, and it’s not that, it’s you. You are able to do different things in environments that give you the opportunity to do so.”

“Everyone who passes through our life helps us to be who we are and get where we are. A former boss I had at PepsiCo, Erica Barbagalo, was the first person I passed that gave me recognition. Then, at Philips, I had Henk de Jong, CEO Latin America when I arrived at the company, who was very committed to my work. Then David Reveco, who gave me the opportunity to be Brazil’s leader. And today I have a lot of support from my CEO, Fabia Tetteoo-Bueno, a Brazilian who also talks a lot about leaving a legacy of women.”

what i still want to do

“I always say you have to be prepared for your fate. You can’t count on that alone, but I think luck is part of my journey too. Things were happening without much planning, great coincidences were happening. And I say I want to retire and live in Italy, but I don’t have anything planned. I think I’m so wrapped up in my current moment that I haven’t stopped to think about my future. So much can still happen, in the world of technology every day you wake up out of date. I’m letting life take me, happy and enjoying the current moment, both personally and professionally. And I strongly believe that we cannot leave happiness for later, every day you have to live a little bit of your happiness.”

“You can’t get away from women because I am that example, but I would mainly like to be able to give opportunities to low-income people, and consequently we end up touching on the issue of colors. I currently have a program to bring color diversity into the company. We have to look inside and see the same thing we see on the street. Today I still don’t see it, but it’s a goal I’m pushing. And my main program focus today is for low-income people. Because even if these people don’t stay at Philips forever, we have a social role to prepare for the market.”

On line casino confirms research to promote a…