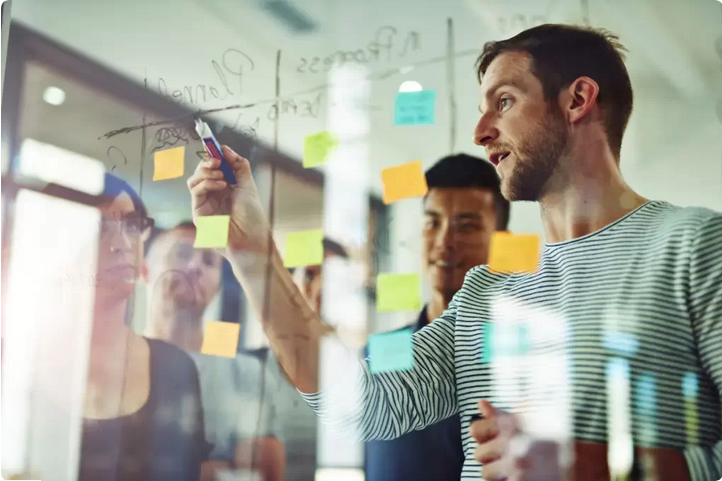 What advocates a community of entrepreneurs for the following authorities

An open document prepared by the Entrepreneurship Support Network endeavor brings together the main agendas defended by the organization in these elections, with an eye on improving the scenario of innovation of the country in the coming years.

The document, called Endeavor Calendar 2022, questions the low growth and increase in inequality, which hinder socioeconomic development, and proposes ways to minimize the structural challenges so that female entrepreneurs can positively impact the country.

The guidelines were defined based on conversations with entrepreneurs accelerated by the network — in 2021, the more than 300 scale-ups accelerated by Endeavor generated together R$ 24 billion in revenues and more than 79 thousand direct jobs in the country — in addition to contributions of Endeavor’s Advocacy area, founded four years ago.

The themes were also deepened based on consultations with experts and analysis of more than 30 studies from 13 national and international organizations, such as the World Bank, OECD, IPEA, ILO, World Economic Forum, UN, McKinsey Global Institute and Insper.

The agenda will be made available to all candidates for the presidency of the Republic and also public policy managers and opinion makers.

“Endeavor understands that public policies are essential for building the future of entrepreneurship and innovation in Brazil and that public authorities and the entrepreneurship ecosystem need to work together to solve the complex problems that the country faces today”, states the document. .

What does Endeavor stand for?

With proposals that seek to create conditions to place the country on the global innovation map and foster the development of the entrepreneurship ecosystem in the country, the Endeavor 2022 Agenda is structured on three pillars:

According to Camilla Junqueira, director general of Endeavor, the three points are common areas of action for Endeavor for years, but which emerge as a highlight in 2022 based on more recent conversations with entrepreneurs and accelerated companies in recent months. “These are subjects that we proposed to specialize in, to pay more attention to”, she says.

On the consumption tax front, the central proposal is to reduce the country’s tax complexity. Currently, Brazil is among the five worst nations in the world in relation to the distortion caused by taxation in competition between companies, that is, the complexity affects the performance of businesses of different sizes, which spend resources to comply with tax obligations and compliance, instead of innovating.

Addressing this consists of a Tax reform extensive—a topic almost as complex as taxation itself.

Overall, what Endeavor is all about is a simpler system, with less minutiae. An example is the creation of more simplified rates, less division between sectors and even reduction of tax benefits — something that, in the network’s assessment, did not have the positive result expected with its implementation. “We want the entrepreneur to be able to put his mind and efforts into innovating, instead of thinking about how to adapt to all these requirements”, says Marina Thiago, Endeavor’s advocacy manager.

The network also defends the implementation of the only tax on goods and services (IBS), already adopted in 170 countries around the world.

on the side of diversity, Endeavor defends the creation of actions to promote inclusion not only within the network, but also in accelerated companies, with a special focus on gender and race, explains Camilla. “It’s an increasingly deep work internally. It is the right thing to do, whether for the economic or social impact”.

In addition to actions that promote in-company diversity, the network also highlights the need to improve access to capital inequality, especially for women and black people in the country. “Compared to other countries, Brazil is late in approaching funds and other subsidizers of innovation companies. We have to change this scenario to move forward”, says Marina.

One of the actions for this is the creation of inclusive credit mechanisms by public banks or also by private institutions that can break this type of barrier.

The executives also highlighted the need for a deeper paradigm shift regarding the perception of governments regarding the profile of entrepreneurs in need of credit.

Until today, according to them, there is a limited idea of ​​the public power about the profile of these entrepreneurs. “Today, there is a view that only micro-entrepreneurs need emergency lines or credit to grow and structure the business. It is also necessary to look at more mature entrepreneurs”, he says. “The highlight is looking at all stages of business growth, and how it is possible to provide support to entrepreneurs in a more open way”, he says.

On a final front, Endeavor defends the direction of actions of employability focused on the technology market.

With the pandemic, the subject received a new tone. Companies have migrated their workforce to digital, and the new flexibility has also given rise to a new professional profile, more adapted to technologies and, consequently, more demanded by companies.

This is an ongoing change. By 2025, 97 million jobs will be created in the world as a result of new technologies and the consequent division of labor, according to the projections of the World Economic Forum.

However, the scenario in the country is not so positive, since the demand does not keep up with the number of professional training in the area. Projections indicate a gap of 530,000 unfilled technology jobs to date.

“In every conversation, in every mentorship, this is a topic common to all entrepreneurs. The absence of trained professionals is today much more relevant than we imagined”, says Junqueira.

An opportunity to be explored, according to Endeavor, is to expand vacancies in technical and higher education in technology, in addition to connecting it to the job market. Today, the student, despite acquiring technical knowledge, still does not feel qualified to enter the job market. “We have encouraged this connection, and the connection between public education and the companies themselves, which can develop their businesses with these talents”, he says.

From Passo Fundo to the world: they earn…

She nearly went bankrupt, however managed to show…