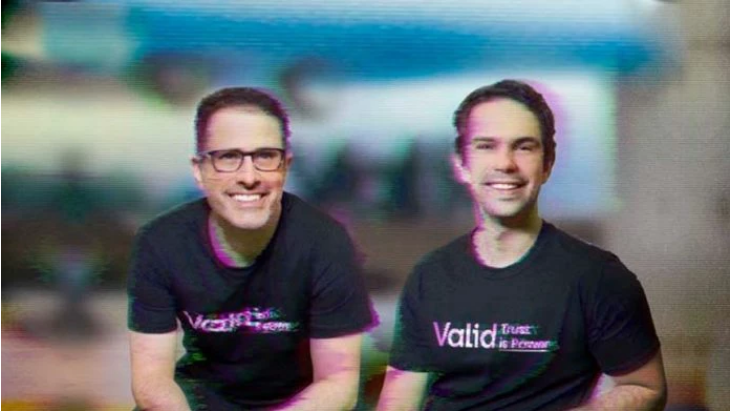 In May of this year, in an interview with NeoFeed, Ivan Murias, CEO of Valid, highlighted that the company had completed a good part of a restructuring that began in 2020, when he took over the operation. And that, from this scenario, the company was ready to activate its M&A machine.

A little over a month later, Valid is putting one of the gears of this strategy to work. Valued at R$774 million, the company has just announced the creation of its corporate venture capital (CVC), called Valid Ventures.

The announcement was made official to the market after the signature of the first check for the new structure, which will be led by Rafael Sbampato, Valid’s director of technology and new business. This is an undisclosed contribution in exchange for a 10% stake in idtech Vsoft from Paraíba.

“We operate with three main verticals in very mature markets, but our room to grow is limited to the presence we have in these segments,” says Murias, in an exclusive interview with NeoFeed. “CVC is one of the ways we generate new leads and future growth in these territories we already dominate.”

as part of turnaround carried out by Valid, which involved returning the focus to its businesses core, the lines to which the CEO refers include the areas of identification, with the certification of RGs and CNHs; banking, with the manufacture of cards; and telecom, with the distribution of chips.

With this “return to origins”, the company has been recording consecutive quarterly records. Between January and March of this year, for example, Valid reported net revenue of R$579.5 million and an Ebitda of R$102.9 million, up 18.4% and 68.5%, respectively, on the same period one year earlier.

The background for the creation of Valid Ventures is completed with the reduction of the operation’s leverage, measured by net debt/Ebitda. When Murias took over as CEO, that ratio was 3.6 times. Today, it is in the range of 1.3 times.

“In this context, the plan is to have four to five initiatives in Valid Ventures in 24 months”, says Murias. He points out that there is no specific value reserved for the CVC. The amount will depend on the opportunities mapped and will be financed, at first, by the company’s balance sheet, now more “healthy”.

The initially small volume of startups in the portfolio is explained by Valid Ventures’ thesis. It will range from initial checks, in exchange for minority stakes, from 10% to 30% of operations, to participation in subsequent rounds, as these companies gain more traction.

For this, the focus will be on startups with products already validated in the market and that are between the series A and series B rounds. This includes the possibility of co-investments with other CVCs, especially in spaces such as banking, telephony and health, close to the core of identification of Valid.

“Our focus is on government and identification verticals, on topics such as onboarding digital and anti-fraud, which, in our belief, will be the next chapters of our market”, says Murias. “And also in artificial intelligence solutions, associated with these two segments.”

Founded in 2000, in João Pessoa (PB), Vsoft fits exactly that profile. The company originated as an anti-fraud tool for driving schools and today its flagship solution is a biometric validation solution for driver’s licenses and IDs, used, for example, by traffic departments.

“We issue around 2 million documents per month and we have 80% of the market for CNHs and 60% for RGs”, says Murias. “It makes perfect sense to plug the Vsoft tool into our ecosystem, with our volume and our presence in this chain to build a more robust offering.”

In search of these connections, Valid did not start from scratch to build its CVC thesis. Two years ago, the company started investing in startups, in an unstructured way. There were five investments and, of that total, the company got rid of the shares it held in fintech BluePay and agtech Agrotopus.

The company still holds stakes in Parking Digital, for urban mobility; at Mitra, municipal management systems; and at Valid Hub, which digitizes the connection between companies, notaries and public bodies. And he learned lessons from these first incursions.

“One of them was precisely not going in with a heavy hand and taking control at the start”, explains Murias. “Another mistake was not delimiting the territory. We are looking for assets that were somehow related to Valid, but that were not close enough to ours. core and whose go to market was not clear.”

By betting on this new model, Valid adds to the statistics of companies that invest in CVCs in Brazil. Data from the Distrito innovation hub show that this aspect is starting to gain scale in the country. In 2022, these funds moved US$ 622.1 million in contributions, against US$ 198.6 a year earlier.

Among the companies that have followed this path recently are Telefônica Vivo, with a fund of R$350 million; Ânima Educação, which set aside R$ 150 million for this front; and Renner, with a vehicle worth R$ 155 million. The list also includes names such as Ambev, Itaú, Multilaser, Arezzo and Eurofarma.

For Marcelo Nakagawa, professor at Insper, the search for shortening the path to disruptive businesses and for solutions that fit the platform logic, increasingly in vogue among companies, helps to explain the growth of interest in CVCs. But there is another factor driving this trend.

“Traditional venture capital funds are stepping on the brakes and being much more selective in this moment of greater restrictions in the market”, says Nakagawa. “And, as a result, the valuations of startups have dropped a lot, which makes investment by CVCs more accessible.”

He does, however, make one caveat. “Investing is easy. Now, generating value from these contributions is much more complex”, he says. “CVCs need to have an independent structure to avoid interest games, short-term visions and corporate bureaucracy. And few actually have that level of maturity.”

Netflix will offer free tours of movie and…

How to be sustainable? “Just get started,” says…