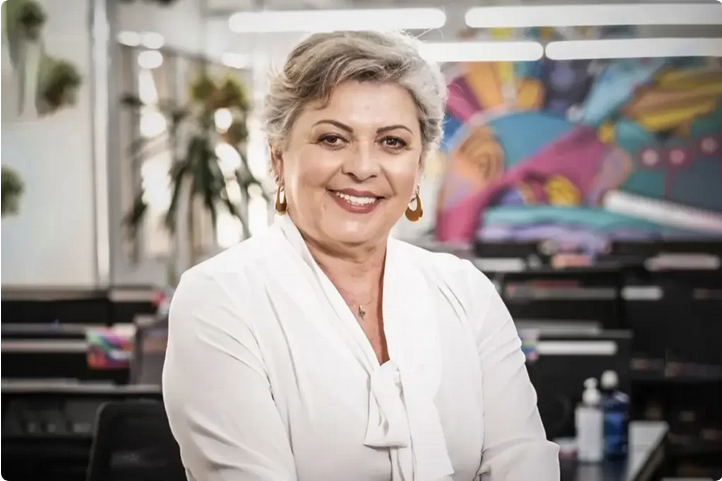 Upon arriving in SP, a Northeastern entrepreneur was humiliated. Immediately, he runs a R$ 100 million firm

Meire Medeiros is the founder of the MM Group, which organizes events; company revenue reached BRL 100 million in 2021

Very frequent in the world of entrepreneurship, stories of overcoming are the great thread behind the creation of countless businesses. With businesswoman Meire Medeiros, leader at the head of the MM Group, a conglomerate of companies linked to the events and entertainment sector, was no different. Today the business has revenues in the order of BRL 100 million.

But it was not always so. Born in the northeast of Natal, Rio Grande do Norte, Medeiros arrived in São Paulo at the age of 15 to start his professional life. Against her parents’ wishes, she arrived in the city without experience or strategic contacts, only with a great ambition and desire to make it happen.

“I came for a holiday season and fell in love with the city. I couldn’t get the idea out of my head to come back and live here forever,” she says. At 23, she moved to São Paulo for good, leaving her job and family behind.

Right away, she realized that creating some stability would not be so simple, starting with the challenges linked to gender inequality and xenophobia. In search of job opportunities, she received many “no’s” from companies that saw her place of origin as an obstacle to hiring. “I remember that the old job papers came with a small notice, in the footer, that said that that vacancy did not accept northeasterns. It was sad but challenging,” she says.

Outside the formal job market, she left in search of income in other ways. One of them, as a salesman of magazine subscriptions.

When she became pregnant with her daughter Ana Carolina, now 35 years old, she decided to seek more flexibility. Along with this, he noticed a sector on the rise that soon caught his attention: the world of hospitality, with emphasis on the area of ​​corporate events, that is, the major business events organized and based in hotels throughout Brazil.

“I started with a lot of boldness, because I needed to learn a lot”, he says. “At that time, event organizers would ask me about having projectors in hotels, for example, and I would reply: “What is this?”. But I soon turned disinformation into learning.”

The unanswered questions soon served as a stimulus for Medeiros to perceive a lack in the event market, which demanded trained professionals oriented towards the arrival of new technologies and the most refined standards of the occasions. “Event agencies did not take care of the proper advisory for the event, there was no attention to detail. I thought: companies need someone who not only organizes events, but also advises them”, he says.

The creation of the business

That’s how the idea for his own company, an agency specializing in event organization, came about.

Once again, the unfriendly reality to emigrants ended up crossing the path of the businesswoman, still a victim of prejudice on the part of bosses and other executives with more “pomp” in this market. On one of these occasions, Medeiros even heard from a boss that a mere “nordestinazinha” would never build a successful business.

The market inefficiencies and injuries translated into a business full of minutiae with the aim of achieving success. “It all served as a stimulus, because I knew that one day I would return there to show success — which actually happened years later,” he says.

What does the MM Group do?

The Group is a conglomerate of companies linked to the event organization market, including a B2B agency, that is, focused on the corporate segment. The proposal, however, is to go beyond the execution of the events themselves, and also work with internal communication, management and attendance of people.

“We take care of each step, from beginning to end, so that the client has his event held, be it a convention, training, awards or any other type of national and international configuration”, he says. Customized events, congresses and large fairs are included in the list. A recent example is the construction of stands for brands such as GE, Siemens and Decathlon at innovation fairs and hospitals.

The company’s proposal is to attend to all possible ends involving the execution of a major event, from customer surveys to probe their needs, to the area of ​​communication and construction of visual identity and presence confirmations. Another front is also in charge of all transport and accommodation logistics for organizers and guests who travel between different cities and states for an occasion.

Currently, the MM Group is among the largest in the country in its segment, with revenues of R$ 100 million in 2021. For this year, the projection is to triple revenue, an ambition that is supported by the recovery of the sector as a whole.

“There is no formula for holding events. It’s something handmade, a job made by many hands and that I’m passionate about,” she says. “The market has never been so hot. The opportunities are many”.

French firm Vinci debuts on highways within the nation…

Pátria sold control of the concessionaire, which manages 570 km of roads in São Paulo, but remains a partner The French…