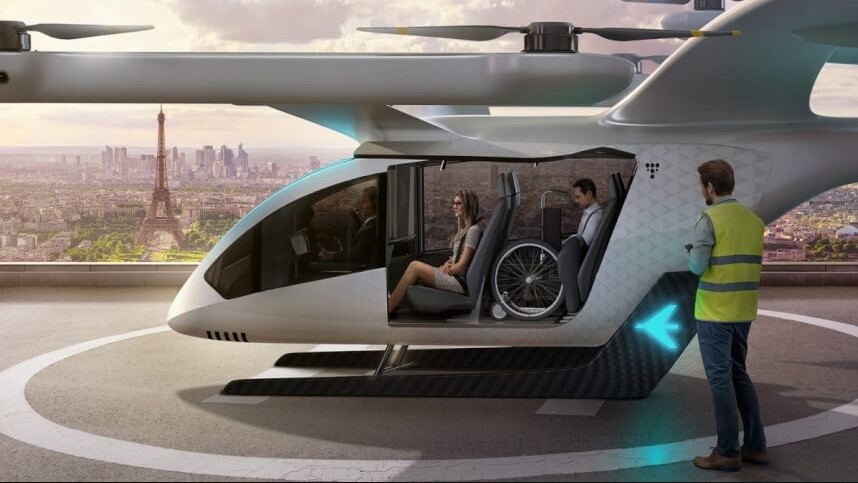 United invests in Eve – and can purchase 400 ‘flying vehicles’

United Airlines has just invested $15 million in Eve, Embraer’s ‘flying car’ company that became listed on the New York Stock Exchange in May.

The investment is 100% primary and was made under the same conditions as the PIPE investment that the company raised at the time of its merger with SPAC Zanite.

Under the terms of the agreement, United will also have a warrant which can be converted into shares within five years, and subject to certain conditions, at US$0.01 per share.

United is paying a premium of nearly 20% to yesterday’s closing price.

In early trading today, the company’s stock is up more than 13% on the news. Embraer is up 4%.

United also said it is committing to buy 200 four-seat aircraft from Eve, with an option to buy another 200. First deliveries are expected in 2026.

The purchase obligation, however, is subject to the fulfillment of certain conditions precedent, such as technical specifications of the aircraft and the sale price.

United’s order is the largest Eve has received so far. In total, the ‘flying car’ company had 2,060 orders placed, a number that rises to 2,460 with United’s order.

“It’s the biggest order and an order that already represents about 15% of the total. It’s very relevant,” said one investor. “In addition, the investment places another strategic investor as a partner of Eve.”

For him, however, the value of United’s investment should not move the needle for Eve.

Eve had raised US$370 million in the PIPE investment she received in the merger with SPAC and needs another US$200 million just to finish the development and certification phase – not to mention what she will need to invest to build the factory when the business starts operating.

In other words: the company will need to raise new funding over the next few years.

United’s investment in Eve is the second the US airline has made in an eVTOL company.

A few months ago, United invested $10 million in Archer, a California-based ‘flying car’ maker, and committed to buy 100 aircraft from the company.

United said it sees potential for the eVTOL technology to “revolutionize the traveler experience in cities around the world.” The investment is also part of United’s goal of zeroing its carbon emissions by 2050 – without using traditional sources of offsets.

Kanye West Claims Adidas And The Hole Are…