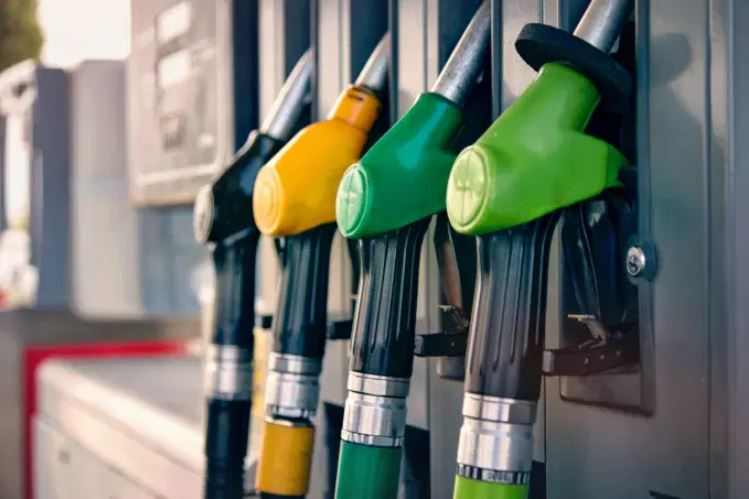 Understand the government’s proposal to reduce taxes on fuel

President Jair Bolsonaro (PL) launched a new offensive against the rise in fuel prices and announced, this Monday (6), a package of up to R$50 billion to try to contain the impact on consumers’ pockets in an election year. .

The list of measures includes exemption from PIS/Cofins and Cide on gasoline and ethanol and a transfer of around R$25 billion to states in exchange for them to zero ICMS rates on diesel and cooking gas — which had already been exempt from federal taxes in March.

The new initiatives would be valid until the end of this year, but they still depend on the approval of the National Congress to take effect. A complementary bill and a PEC (Proposed Amendment to the Constitution) will be discussed.

Understand the main points of the package:

What is the government’s proposal?

The package announced by Bolsonaro provides for the reduction to zero of PIS/Cofins and Cide rates on gasoline and ethanol. In the case of pure gasoline, R$ 0.89 per liter is currently charged, with R$ 0.79 for PIS/Cofins and R$ 0.10 for Cide. In ethanol, there is only incidence of PIS/Cofins, in the total amount of R$ 0.24 per liter.

Another front is the reduction to zero of ICMS, a state tax, on diesel and cooking gas, through a compensation to be paid by the Union.

How should ICMS reduction work?

Congress is discussing a supplementary bill that intends to set a ceiling of 17% for the state tax rate on fuel and energy, incorporating a decision already rendered by the Federal Supreme Court (STF) that these items are essential goods and, therefore, cannot be taxed above the state modal rate. Today, there are those who charge 25% on diesel and 34% on gasoline.

The federal government wants the revenue losses from this change to be absorbed by the states themselves. In practice, the drop from a rate of 34% to 17%, for example, would not be compensated by the Union. Governors resist this.

Additionally, the government proposes that, by the end of the year, ICMS rates on diesel and cooking gas be zeroed. For this, the Union would pay compensation, proportional to the loss of revenue in relation to the 17% ceiling. The estimate is that this amount will be R$ 25 billion.

What might the impact of the ICMS cut be?

A preliminary idea of ​​what may be the impact on the pump resulting from the reduction of ICMS is the calculation made by the states when there was the regulation of the law that determined the change of the state tax. They estimated that, keeping the current collection, the ad rem rate (measured in reais per liter) would be between BRL 0.50 and BRL 1 per liter of diesel, depending on the state (in São Paulo, it would be close to BRL 0.66). That would be the potential size of the reduction.

Why is it necessary to approve a PEC?

The transfer of resources to the states would be subject to the spending ceiling, a fiscal rule provided for in the Constitution that limits the advance of expenses to the variation of inflation. Recently, the government had to cut ministers by R$7 billion and extinguish a reserve of R$1.7 billion for salary adjustments, precisely because other mandatory expenses grew more than expected. That is, there is no space left on the ceiling.

The PEC will authorize the transfer to be made outside the expenditure ceiling. It must also remove other restrictions provided for in the LRF (Fiscal Responsibility Law) and in the electoral law.

When will the impact of the measures be felt by consumers?

First, the initiatives depend on the approval of the National Congress. The bill on ICMS is already being processed, but the PEC has not yet been formally filed.

After the approval of these measures, Brazilians may still take some time to feel the impact in their pockets. This is because fuel taxes are paid at the distribution stage, not by the stations that sell to consumers.

Therefore, any changes will only take effect when the dealer (gas station) receives a new shipment of the product invoiced according to the latest rules—ie zero taxation. The effect, therefore, is not immediate.

Will the price reduction be equivalent to the tax cut?

Not necessarily. While the government’s intention is to provide relief to consumers, there are factors that can limit this pass-through. One of them is the decision of distributors and resellers to increase their margins, causing part of the reduction to be absorbed in the form of profit along the chain.

Another risk is that Petrobras will announce a new fuel price readjustment before the tax exemption reaches its peak. In this case, it is possible that government measures only dampen the company’s increase.

This possibility exists because the lag of fuel prices in relation to the international market has increased. According to Abicom (Brazilian Association of Fuel Importers), this difference is 15% for gasoline and 13% for diesel.

Uncertainty about credit is the problem in Brazilian…