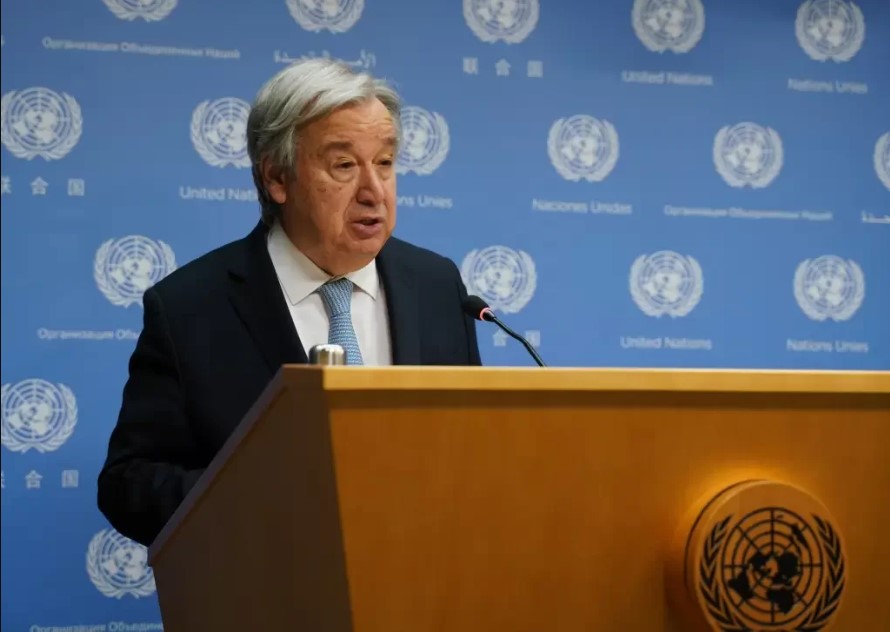 At the meeting, Guterres warned that any attack on the plant would be “suicide”.

The secretary general of UNAntónio Guterres, met this Thursday, 18, with the presidents of Ukraine, Volodmyr Zelensky, and Turkey, Recep Tayyip Erdogan, to try to prevent a nuclear accident at the Zaporizhzia plantwhich is in the middle of the crossfire between Russians and Ukrainians.

At the meeting, Guterres warned that any attack on the plant would be “suicide” and returned to talk about demilitarization of the region, a proposal rejected by Russia. Ukraine, on the other hand, rules out a peace deal as long as there are troops on its territory.

Zelensky called on the UN to “guarantee the security” of Zaporizhzia and the demilitarization of the area. Ukraine’s Chancellor Dmitro Kuleba said the head of the International Atomic Energy Agency (IAEA) had accepted the invitation to lead an inspection at the plant, but Moscow had yet to give the go-ahead.

Guterres asked that the plant not be used in military operations. Russia and Ukraine accuse each other of having bombed Zaporizhzia. Since March, Russian forces have occupied the premises, where heavy weapons were stored, according to the Ukrainians.

Some Ukrainian officials say provoking panic may be precisely Moscow’s aim, in the hope that international pressure will force Kiev to capitulate and make territorial concessions.

Ukraine’s military intelligence fears that Russia is preparing a mock attack to blame Kiev, similar to the strategy it used to justify the invasion in February. Russian state media also accuses Ukraine of planning a “provocation” at the plant to coincide with Guterres’ trip.

The crossfire at the plant raises fears of a nuclear meltdown along the lines of Chernobyl in 1986. Some countries hope Guterres will be able to work with Kiev and Moscow to secure IAEA inspections. Earlier this month, the director of the UN nuclear agency warned that Zaporizhzia was “completely out of control”.

On Wednesday, NATO Secretary General Jens Stoltenberg warned that Russia’s takeover of the plant “increased the risk of a nuclear accident” and accused Moscow of being “reckless” in using the area as a platform to launch nuclear weapons. artillery attacks against Ukrainian forces.

Yesterday’s meeting also served to review the progress of grain exports through Ukrainian ports, which have recently resumed after a Russian blockade. On Friday, Guterres will travel to Odessa, Ukraine’s biggest port, to observe the results of the agreement that restored the flow of exports.

The war has exacerbated the global food crisis, as Ukraine and Russia are among the world’s top grain producers. Before the conflict, Ukrainians put 50 million tons of grain a year on the world market. UN and Turkey brokered the agreement to resume the flow of grain, but even so, only a small portion of exports managed to get out.

Meanwhile, on the battlefield, at least 17 people were killed and 42 wounded in heavy Russian missile strikes in Ukraine’s Kharkiv region late Wednesday and early yesterday, Ukrainian officials said. The Russian military claimed they attacked a base of foreign mercenaries, killing 90.

UN Secretary-General António Guterres announced yesterday in Lviv that he has chosen retired general Carlos Alberto dos Santos Cruz, former minister of the Government Secretariat of Jair Bolsonaro, to lead a mission to investigate possible war crimes in Ukraine. . According to Guterres, Santos Cruz is a “respected officer with more than 40 years of national and international experience in public and military security, even as commander of UN peacekeeping operations – MINUSTAH in Haiti and MONUSCO in the Republic of Democratic Republic of Congo. In Ukraine, Santos Cruz will be tasked with investigating the explosion at a detention center in the breakaway region of Donetsk that left dozens dead in late July.

She created an “aesthetic empire” and in the…