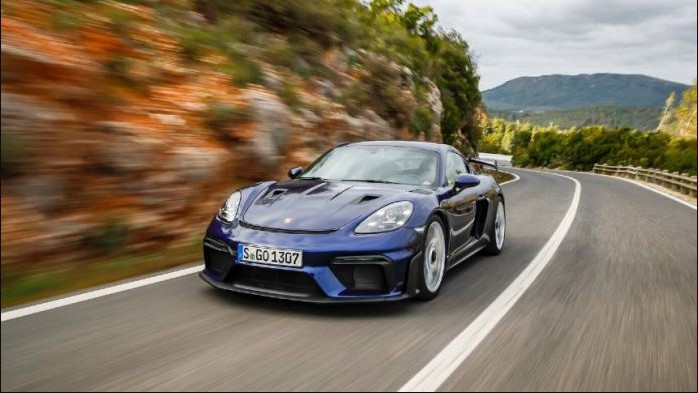 Towards the market, Porsche gears up for an IPO of as much as €10.6 billion

Analysts project that the public offering of the shares of the brand, owned by Volkswagen, could be the biggest IPO of a European company since 2011, valuing the asset at up to €85 billion.

With the turbulent macroeconomic scenario, the extremely volatile market and practically no favorable window, going public is a destination that has been discarded in the plans of most companies, in any segment.

However, there are those who are determined to take this route. This is the case of Porsche, which belongs to Volkswagen. This week, the German group announced plans for an IPO of the iconic car brand, in an offer that, in addition to going against the grain of this context, promises to boost the numbers in this market.

According to analysts consulted by the The Wall Street JournalPorsche’s initial public offering could translate into a brand valuation of between €60 billion ($59.8 billion) and €85 billion ($84.6 billion).

The German group plans to reserve 12.5% ​​of Porsche shares for individual investors. If the offer reaches the top of projections, that slice would represent around €10.6 billion, which would represent the biggest IPO by a European company since Glencore raised $10 billion in 2011.

This Tuesday, September 6, Arno Antlitz, CFO of Volkswagen, did not comment on the projections made by analysts. But he stressed that, based on conversations with potential investors, the company is confident about the demand for the IPO.

The day before, Volkswagen had informed in a note that the group’s Board of Directors had approved the path to the offer and that Porsche should be listed on the Frankfurt Stock Exchange, in principle, between the end of September and the end of September. beginning of October this year.

In preparation for this process, Porsche’s capital was divided into 50% common shares and 50% preferred shares. In the IPO, Volkswagen will sell up to 25% of the stake it holds in the company, with 12.5% ​​of the voting shares being sold directly to the heirs of the Porsche family.

According to the statement, Porsche SE, the clan’s family office, has agreed to buy the shares at the fixed IPO price plus a 7.5% premium. Volkswagen also informed that the Qatar Investment Authority, Qatar’s sovereign wealth fund, has signaled its intention to acquire 4.99% of the preferred shares.

In the note, the German group added that, in the event of a successful offer, 49% of the funds raised in the part that is up to Volkswagen will be distributed to the automaker’s shareholders in the form of a special dividend, which will be paid, in principle, on beginning of 2023.

From the point of view of Volkswagen’s operation and strategy, the amount raised in the IPO would help the company finance its transition to electric and autonomous cars. In this direction, the company plans to invest €73 billion in the production of 130 electric and hybrid cars by 2030, among other initiatives.

Volkswagen shares were trading up 3.29% on the Frankfurt Stock Exchange around 4:30 pm (local time) on Tuesday. Volkswagen is valued at €86.8 billion.

Russia and China agree to make use of…