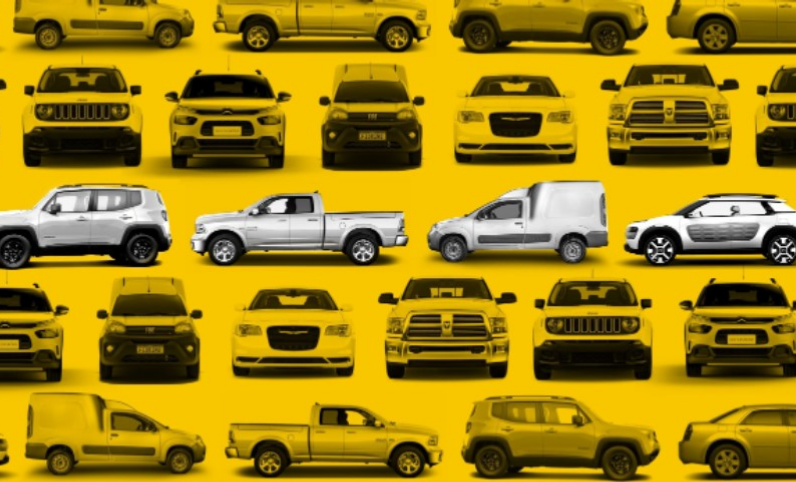 “The way out for Brazil is ethanol,” says Stellantis CEO

The discussion about the need for electrification of the global fleet of vehicles is often shallow: ‘everything has to be electrified, period.’

But for Stellantis’ South America CEO – which makes one out of every three cars sold in Brazil with brands such as Fiat, Peugeot, Citroën and Jeep – things are not that simple.

“Brazil is different from Europe,” said Antonio Filosa. “Europe doesn’t have another chance. To respect CO2 emission limits, the automotive industry really needs to electrify. Brazil, on the other hand, has a chance, which is ethanol.”

According to him, the ethanol-powered car has almost the same carbon footprint as the electric car when considering its entire life cycle, from manufacturing to day-to-day use.

In the position for almost five years, Filosa was born in Naples and joined the Fiat Group in 1999. Since then, he has worked both on the operational side and in the management of Stellantis, in England, Spain, USA, Argentina and Brazil.

With the iconic Fiat factory next door momentarily stopped due to lack of chips, Filosa spoke to the Brazil Journal on Monday about electric cars, the sector’s conjunctural problems and the importance of taking the industry out of the Southeast.

Stellantis is in the midst of yet another plant shutdown. Do you expect some relief in the supply chain global? If yes, when?

Since the end of the pandemic, everything that is supply chain in the world is being challenged, and there are a number of factors behind it.

First, the pandemic generated an asymmetry in demand volumes. There were a number of suppliers used to receiving X demand from one sector and the rest from another. In the pandemic, it happened that some sectors like ours had zero production – for basically two months – and other sectors had exponential growth, for example tablets and smartphones.

At the same time, there were major disruptions such as the War in Ukraine, which, in addition to being a humanitarian tragedy, generates even greater complications in the supply chain global. The severe lockdown in China also stopped for weeks the Port of Shanghai, which is the ‘port of the world’, because practically everything passes through there, directly or indirectly.

During the pandemic, it was thought that global trade would shrink when it ended. And when he came back, he came back even bigger than before. For example, the construction of new ships has almost stopped. And when the pandemic came back, it needed more ships, which created a structural bottleneck.

What exactly was the cost increase for the automotive industry?

It’s even difficult to estimate, because every day it changes. But I will give an example. Our car is made of 70% steel. In the last three years, automotive steel has increased, on average, by 60% year on year. One of the drivers one of the logistical flows is the price of diesel, which goes without saying… We are talking about extraordinary inflation, but when you ask me how difficult it is to estimate because every day it changes in an expressive and unplanned way.

Copper is another example. All car harnesses are encapsulated inside copper. And copper has quintupled in price in ten years. And in the last two, it more than doubled. Raw material inflation has no historical precedent.

This will all settle down one day, but it won’t go back to what it was before. We went from one cost level to a much higher one. It is likely to have a smoothing, but no one can expect it to all come back.

But in terms of supply chains, when do you think there will be normalization?

I think in the second half of next year. But we managed it well until, we grew up in market sharewhich shows that we managed a number of issues effectively.

Of all this high cost, how much are you managing to pass on to the consumer?

If you look at car prices, we’re not going over that. We would have to triple prices compared to 2019 to pass all this on. But we can’t sell at a loss, obviously. So our effort is to recover everything that is possible with industrial inefficiencies, and the rest is unfortunately passed on to final consumption.

But since you can’t speak in numbers, at least conceptually, has Stellantis’s margin in Brazil dropped or not in recent years?

It hasn’t deteriorated, it’s stayed more or less at the same level, both globally and in Latin America.

So, given this brutal increase in costs, so you didn’t lose the margin, what inefficiency did you have that you discovered and addressed was something very big?

Yeah, it was pretty big. But it was not our inefficiency. These were inefficiencies caused by general inflation. For example, if steel rises that much, can’t I care? Can’t I renegotiate different contract formats?

And if steel is that strong and I have many of my suppliers who buy steel, can I not make the products I buy from these suppliers? insourcingpartially, trading with them?

There are ways to address inefficiencies in environments of extraordinary inflation like this that can help us a lot.

Another lever that we have been working very efficiently on is economies of scale. As inflation is so high, for you to gain efficiency in contracts with suppliers, you need to sell more. So market growth is also a way to address such strong inflationary forces. And our sales volumes have grown a lot.

Another point is the synergies with PSA. The merger generated several synergies – some easy to understand, others more complex. An example: we both buy plastic. We went to see the contracts of one and the other with the same supplier, under the same conditions, and one costs R$5 and the other R$6. “Why?” So from now on everything is $5.

Stellantis believes in the decentralization of the industry. And the initiative you have to show is the factory in Goiana, in Pernambuco. Why is it important? And are the costs there even higher?

Today Brazil has the majority of the consumer market for automobiles and automotive services in the South and Southeast, which account for 65% of the market.

But people in the North and Northeast like cars just like Brazilians in the South, and sometimes they even need a car more because public transport is worse. The problem is in the distribution of income.

Now, when the industry decentralized, we took the factory there, which generated 7,000 jobs and started with 17 suppliers, which employ another 7,000 people. So we worthily employ 14,000 people there. And we are continuing to bring suppliers there. We are already at 30, and our plan is to reach 100 in total.

This has an immediate effect! First, the car market there increases, because people’s income increases. Another benefit is the improvement of education and social conditions.

Today the cost of production there is how much above the Southeast?

This is a difficult estimate to make. Because here we make Fiat, and there we make Jeep Renegade and Compass. But the calculation that was made by a third-party company at the time of installing the factory was that the cost was 12% higher. As we take the suppliers, that 12% has dropped a little, but not much, because there’s still a lot to do.

How will electrification reach Brazil? Will it follow the same dynamics as in other markets?

In markets that have fundamentally fossil energy matrices, working with electrification is fundamental, because an electric car emits zero usage.

But Brazil is different. Brazil has the great advantage of having an essentially clean energy matrix. Also, the ethanol car is almost as neutral as the electric car when you look at the entire life cycle.

The electric car in use is zero, but in the entire chain that comes before it, it pollutes, emits CO2. In ethanol, emissions are contained in use, but the entire chain has many benefits because ethanol comes from sugar cane, which removes CO2 from the atmosphere.

Furthermore, the great strength of ethanol is that it is present at all gas stations and is very affordable. The ethanol or flex-fuel car has a very competitive price. And all the virtues of ethanol are enhanced in combination with electrification in hybrid models. It is a low cost investment.

Do you think there is any public policy action that should be taken?

We are now working on reviewing the regulatory framework, Rota 2030.

Our vision, which Anfavea must articulate, is to continue to reward ethanol, which will not be the only solution. Of course, we’re moving towards electrification too, perhaps in the segments with higher purchasing power, for some types of more premium cars. But the transition based on ethanol and electrification has to be accompanied by the regulations that are coming out. And I think that the Government has full knowledge and information for this to happen.

Europe doesn’t have another chance. To respect the limits of CO2 emissions, the only chance is electrification. Brazil has a chance which is ethanol. Brazil has fundamental structural conditions for clean energy. And for the transport sector, there is ethanol to make the transition, because ethanol harms the environment in the same way as the electric car, that is, it harms little.

If we don’t want to deteriorate the market, this is the way out. If we decide to electrify in Brazil, we would have to ask the government for incentives that are clearly not possible in the current context. So, everyone knows that this is not the way to go, because it does not add more than ethanol combined to small electrifications. On the contrary: it would deteriorate the market and hurt the GDP.

The summary is simple: if you want to do like Europe, you must be prepared for a car whose price increases by 50% or more, which means a market that will fall a lot, especially for the lower purchasing power ranges. This will cause factories and suppliers to shrink, reducing jobs.

And all this to get what? Practically the same value of CO2 emissions as ethanol. I don’t think anyone will do this madness!