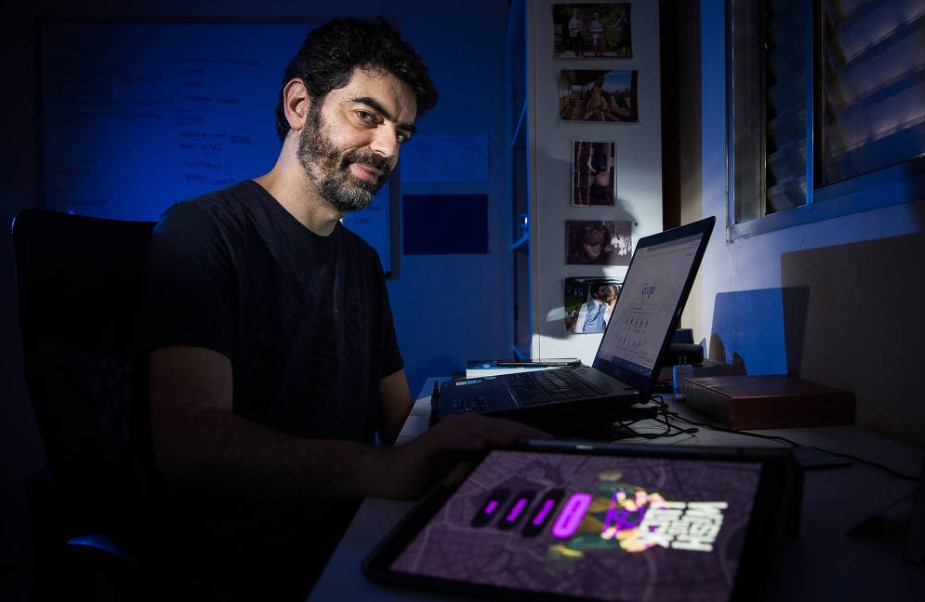 The sport market grows within the nation and attracts increasingly entrepreneurs

Expansion opens up possibilities for small businesses, but investments in the sector are still lacking

In recent years, the gaming segment has grown significantly in the country. As a result, more opportunities have emerged for small businesses in this area.

When studying audiovisual, in the early 2000s, screenwriter Lipe Trezza, 40, did not imagine that his interest in video games could become a job. But, seeing the expansion of the sector, he decided to open, in 2019, Black Moluska Games.

“The market is very hot. I can do what I love, which is telling stories, but with more autonomy,” she says.

The company’s first game, called “Wish Us Luck”, will be released later this year, for mobile platforms (cell phones and tablets) and had only three people on the development team, including Lipe. He still doesn’t know how much the game will cost.

In 2014, there were 133 game developers in the country, a number that jumped to 1,009 eight years later. The data are from a survey by Abragames (Brazilian Association of Electronic Games Developers) in partnership with ApexBrasil (Brazilian Trade and Investment Promotion Agency).

According to the survey, 509 games were developed in 2020, a number that grew to 643 the following year. Developers are estimated to employ around 12,400 people in the country.

“The act of playing games is increasingly common among Brazilians because today there is no longer the restriction of a single device, as was the case with video games in the 1990s”, says Carlos Silva, partner at Go Gamers, a consultancy specializing in the games market. .

Silva explains that the smartphone has democratized access to games as it represents an alternative to consoles, equipment that are still expensive in the country. “It was the great flagship of the popularization of the games not only in Brazil, but in the whole world”, he says.

Estimates by the consultancy Newzoo indicate that this year the sector should generate almost US$ 197 billion (about R$ 1 trillion) worldwide.

In 2021, the games segment moved around US$ 2.3 billion (R$ 11.8 billion) in Brazil, making the country the largest market in Latin America and the 12th in the world.

For specialists, Brazil has the capacity to become a world leader in the field. They say, however, that public investment is needed for this to happen.

“The game market in Brazil grew despite the government, with the entrepreneur putting money out of his own pocket. To scale, there needs to be continuous investment in this area”, says Rodrigo Terra, president of Abragames.

In June, he announced that he would reduce the rates on these products from 16% to 12%. This was the fourth time that the government made some kind of tax exemption for the games market.

Terra says that public support is especially important for small and medium-sized companies. “There are sporadic initiatives, but we need a more continuous development policy.”

It was thanks to one of these initiatives that Lipe Trezza managed to enter the market. The screenwriter won a public notice from ANCINE (Agência Nacional do Cinema) and raised R$250,000 to develop a mobile game. “Our will is to seek other sources of funding, but the public notice was very important.”

According to Terra, another challenge is customs problems. The specialist says that equipment can be held back for months by the Federal Revenue Service due to problems at the time of importation.

Vinnicius Rodrigo, 20, knows the difficulties of attracting investors. In 2019, he helped found Somos Cordel to develop gamified apps and platforms.

“I feel that we have a lot of difficulty due to the fact that investors are concentrated in the South and Southeast”, says he, who lives in Recife.

According to Abragames data, 57% of the studios are in the Southeast and 21% in the South. The Northeast appears soon after, with 14%.

“Brazil is the biggest market in Latin America, but we consume a lot from abroad. People end up not valuing local productions”, says the businessman.

Despite the challenges, the sector is accessible to small entrepreneurs, but it is necessary to study before embarking on it, says Igor La Luz, academic manager at Saga, a game development school.

He says it is important to build a network of contacts with other professionals, which can be done through fairs, such as the Brasil Game Show, considered the largest in Latin America. “Many of these events generate meetings with investors and business rounds.”

In addition to preparation, you need to know how to let go of an idea that isn’t working. “You have to have that detachment. If it worked, great. If not, throw it away and start again”, says Fernanda Lobão, executive director of Final Level, a company that invests in gamer entertainment. “What you believe in may not work. It happens. That’s why it’s important to react quickly.”

The best way to pitch an ideal enterprise?…

Visa is seeking to fintechs to speed up;…