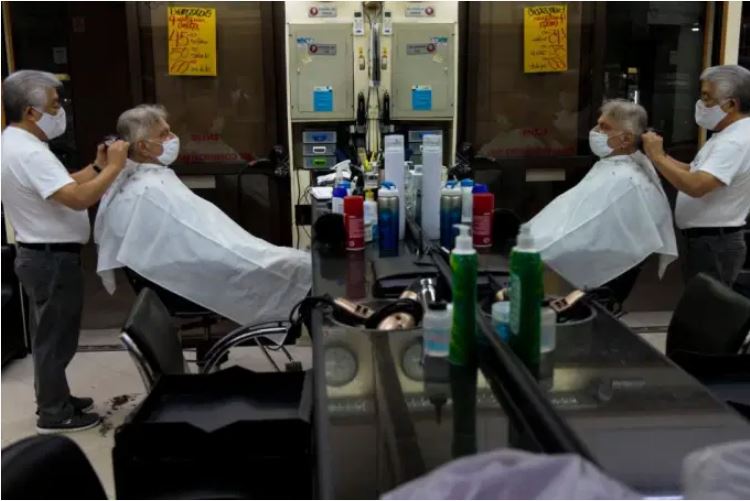 Since the beginning of the Covid-19 pandemic, the service sector had been in decline and, after six months of decline, it increased for the first time. The rise in September was recorded by the PMI Services of the British consultancy IHS Markit. The index, released this Monday, stood at 50.4 in September, compared to 49.5 in August – when it is above 50, it means that the sector is expanding. One of the main reasons for the increase pointed out by the companies with the greatest expansion is the loosening of social isolation and the reopening of establishments. The service sector has the greatest weight in the national GDP.

Despite the expansion, some companies claimed that they still suffer from low demand for services and high unemployment, thus having to terminate contracts. Despite the good news, it can bring with it a side effect that should be closely monitored: the inflationwhich has been relatively controlled mainly due to the difficulty of resuming the service sector and the fact that it does not pass on its costs to the consumer.

According to IHS Markit, the cost of companies increased significantly throughout the year, pressured mainly by high inflation, the most significant in nearly four years. Among the highest are electricity, food, fuel, hygiene materials and PPE. The Brazilian companies interviewed by the survey, already impacted by unemployment and the decrease in the population’s income, chose not to pass on the costs to customers, which harmed business and increased the rate of layoffs. Despite the reduction in the number of jobs, it is the lowest since March. Another issue highlighted by the survey is the backlog of orders, the longest since March 2007. “The September PMI data highlighted hesitant signs of a recovery in Brazil’s services sector, after six consecutive months of contraction due to the Covid-19 19. It’s nice to see a further uptick in business activity, albeit a very small one, and consecutive increases in new business inflows,” said Pollyanna De Lima, economic director at IHS Markit.

In addition, the private sector increased for the second month in a row, spurred by growth in industrial production and the recent expansion of the service sector. The September Consolidated Production Data Index, an average of comparable indices for the industrial and services sectors, was 53.6, down from 53.9 in August. There was an evident growth in new added business. Employment growth in the manufacturing industry area differed from that of the service sector and expanded. Private sector inflation was also high, the third highest since March 2007, and a record rise in factory prices.

Us U.S, the service sector is recovering faster than in Brazil. Data released today showed the US Services PMI for September at 54.6, down slightly from the previous month’s 55, but still a strong recovery. New businesses were mainly responsible for this recovery, with an increase in demand from foreign customers, the second highest since the beginning of the historical series, six years ago. This increase had an impact on jobs, which grew significantly. In the United States, the cost also increased, mainly in terms of salaries, equipment and PPE, but these were passed on to customers. For the next 12 months, expectations for US production have dropped, due to concerns that the Covid-19 pandemic will harm future demand.

In relation to the composite index, in the United States it was 54.3, slightly below the index of 54.6 registered in August. The manufacturing industry has seen the fastest growth in the last 10 months, along with the rise in the service sector, which has seen the highest increase in customer demand since March 2019. Both sectors therefore saw an increase in the workforce. It is worth noting that the business confidence index fell to the lowest level in four months due to the proximity of the American presidential elections and the risk of new waves of Covid-19. “Sentiment about the outlook for the year ahead has dimmed significantly, linked to growing concerns,” said Chris Williamson, chief economist at IHS Markit.

FecomercioSP: service sector has a fall of 20.1%…