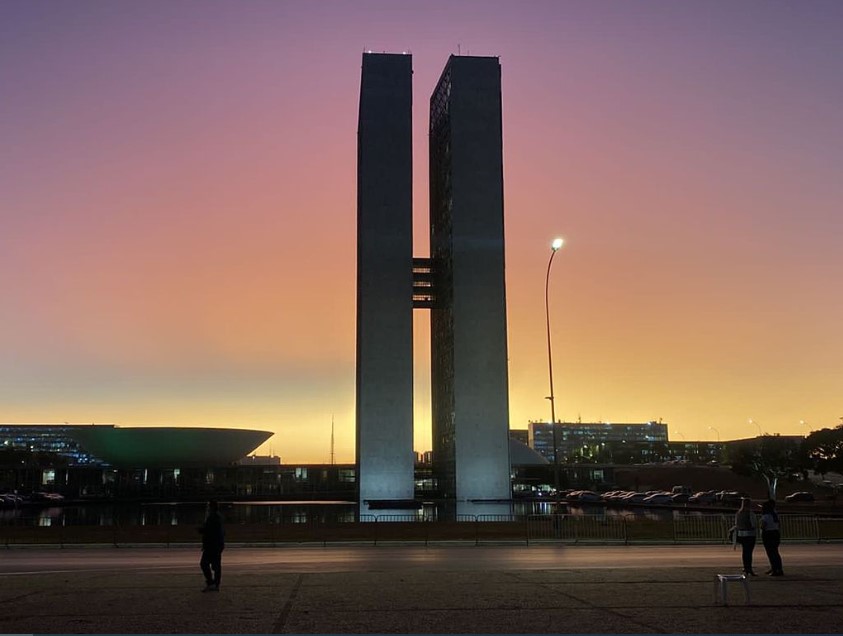 Tax reform ought to prioritize simplification to leverage small companies

In order for the tax reform to improve the country’s business environment, changes in the complex Brazilian tax system must pay special attention to Individual Microentrepreneurs (MEI), micro-enterprises and small businesses, which represent 9 out of 10 of existing companies. in Brazil, according to June data from the Ministry of Economy’s Special Secretariat for Productivity and Competitiveness.

The sector composed of small businesses was, according to Caged, responsible, in 2021, for 78% of formal jobs and benefits 86% of Brazilians, 40% of the population. It also generates an income for entrepreneurs and other workers in the segment of R$ 35 billion per month. Per year, this amount reaches R$ 420 billion, according to data from the Atlas of Small Businesses, a survey by the Brazilian Micro and Small Business Support Service (Sebrae) launched last July.

But the sector, in addition to being a great generator of employment and income, is a great source of taxes. In 2021, Simples Nacional alone collected more than BRL 128 billion in taxes for the public coffers, and by June 2022 it had already collected BRL 73.1 billion, indicating an increase in collection in the year. Since its creation, Simples has raised R$1,032 trillion for the coffers.

experts heard by JOTA highlight that the main way to improve the taxation of small businesses in Brazil involves reducing the complexity of the tax system and rethinking the ICMS tax substitution, taking care not to disproportionately burden the service sector.

1) The exaggerated complexity of the Brazilian tax system

According to the manager of Public Policies at Sebrae Nacional, Silas Santiago, the main focus of the tax reform should be the simplification of the country’s tax rules.

In addition to the weight of the tax burden, small businesses suffer from excessively complex ancillary obligations, which demand even more time and resources from the taxpayer to comply with the tax authorities. This extra expense is called Custo Brasil Tributário by Santiago.

“This simplification does not depend on a constitutional tax reform, which unifies taxes, and would already bring enormous gains for all companies”, he said.

The Union, states and municipalities require the taxpayer to adapt to different invoice models, in addition to different tax declarations. In addition, companies must determine the tax due for each unit of the federation, a calculation that is often contested by the tax authorities and generates litigation in the administrative and judicial spheres.

The economist and professor at Insper, Juliana Inhasz, a specialist in macroeconomics, pointed out that this type of cost reduces the availability of money for other companies’ needs, such as investments to increase production, especially in the case of small businesses. Thus, a tax reform would pave the way for an increase in productivity.

If the tax authorities provided the tax payment guides, or at least the pre-filled statements for taxpayer confirmation, small businesses would not need to spend so much on accountants and tax specialists. In this sense, for Inhasz, the complexity of the tax system still works as a disincentive to formalization and, consequently, reduces the collection of federal entities.

“Companies know that the cost of operation is extremely high to be on the formal side of the economy, so they somehow end up giving up on that”, he evaluated.

“With a simplification, we would probably have a reduction in the number of informal workers, a greater collection and a much clearer way of seeing and understanding this tax system”, he concluded.

To solve this problem, Sebrae actively participated in the discussions and contributed to the construction of Complementary Law Projects (PLP) 145/2021 and 178/2021. As the proposals do not change the Constitution, Sebrae assesses that there are conditions to be approved in 2022.

PLP 145/2021 creates the Electronic Tax Calculation System – a unified system for the tax authorities themselves to calculate the tax owed by the taxpayer and simplify the collection of taxes.

“Today, with the electronic invoice, the tax authorities have all the elements to calculate the taxes, even if it is in the form of a pre-filled declaration, as the Federal Revenue has been doing with the income tax of individuals”, said the manager of Public Policies at Sebrae Nacional, Silas Santiago.

The states have immediate conditions to carry out the ICMS calculations and the municipalities the ISS. The Federal Revenue would need to start receiving data from municipal service invoices, as well as from the retail area of ​​the states.

Pre-completed declarations would have two major gains: a reduction in time to comply with tax obligations, allowing the entrepreneur to devote more attention to his business, and a reduction in filling errors and litigation, reducing tax litigation.

PLP 178/2021, on the other hand, delimits the processes related to tax obligations, with a view to standardizing legislation and tax systems. Among the benefits we can mention the unification of different tax records existing in the country and the institution of an electronic invoice to be used throughout Brazil. To this end, the project creates a management committee so that everyone sits at the table – Union, states and municipalities – to simplify ancillary obligations and implement the facilitating actions defined in the proposal.

In this sense, regardless of the approval of the PLP, Sebrae works to create a unified invoice for retail in partnership with the National Committee for Finance Policy (Confaz) – which brings together state secretaries of Finance.

At the municipal level, the electronic national invoice for services (NFS-e) was created with the support of Sebrae, carried out in a partnership between the Federal Revenue Service of Brazil (RFB), the National Front of Mayors (FNP), the National Confederation of Municipalities (CNM) and the Brazilian Association of Finance Secretaries of Capitals (Abrasf).

Pursuant to CGSN Resolution No. 169, of July 27, 2022, for the MEI, the National NFS-e will be valid throughout the national territory as of January 2023. For other companies, it will depend on the adhesion to the system by the municipalities.

The main problem for micro and small companies opting for Simples Nacional is the ICMS tax substitution regime, according to the manager of Public Policies at Sebrae Nacional, Silas Santiago.

Tax substitution concentrates tax collection at the beginning or in the middle of the production chain. Thus, it requires the taxpayer to pay ICMS before selling the products and receiving the month’s income, based only on a sales projection.

This advance unbalances the cash flow of small businesses. Drawing a parallel with the IR of individuals, it is as if the Union charged in January the tax for the entire year that is starting.

Santiago points out that the advance is useful to tax industries with a very concentrated production of products and a dispersed distribution. However, the problem arose when states indiscriminately increased the list of goods subject to the regime.

“Today we joke that there is a needle to an airplane. The small ice cream producer that produces to sell on the street, a small detergent factory… Anything has tax substitution,” he said.

Sebrae proposes to rethink the ICMS tax substitution within the scope of a broader tax reform, which amends the Constitution and changes the structural rules of the Brazilian tax system.

As a reform of this level should not be carried out this year, Sebrae is preparing to present the priorities of small businesses to all candidates for the Presidency of the Republic, both in the tax area and in relation to the reduction of bureaucracy, the offer of credit and innovation.

“No matter who the winning candidate is, we will present the platform to everyone. Protecting micro and small businesses and providing support will continue to be our priority,” said Santiago.

The assistant manager of Public Policies at Sebrae, Fábio Marimon, assesses that the issues facing micro and small companies have adherence across the political spectrum – from right-wing to left-wing parties.

“It is a cause that involves Brazil and Congress as a whole. We understand that whoever assumes the presidency will have this look with great care and attention to the segment”, she said.

3) Tax burden of the service sector

In the course of broader reform, it is important to prevent the service sector from being disproportionately burdened with higher rates.

Tax expert Andrey Biagini, partner at Lobo & Rizzo Advogados, highlights that historically the service sector has had difficulties in reducing the costs of inputs from the tax calculation base, such as PIS and Cofins, since at this point the legislation tends to identify more clearly industry inputs.

“There is no express provision that labor and other costs that are clearly inputs for the service sector will also enter as PIS and Cofins credits. Even the resale generates the right to credit instantly to the retailer. It’s an anti-isonomic situation,” he says.

To ensure that this type of incongruity is not repeated in a broader tax reform, Senator Jorginho Mello (PL/SC), based on intense dialogue and welcoming Sebrae’s suggestion, presented an amendment to PEC 110/2019 to provide that the service sector receives special treatment in the calculation of PIS and Cofins credits.

The amendment has already been accepted in the last PEC report, presented this year by the rapporteur, Senator Roberto Rocha (PSDB-MA). The PEC unifies taxes and creates the Tax on Operations with Goods and Services (IBS).

Biagini also highlights the credit model similar to the European Value Added Tax (VAT), which gives the right to a rebate on everything that adds value along the production chain. “This would already cut the discussion that we have in Brazil, about what is the concept of input”, he evaluates.

GetNinjas provides up progress to save lots of…

With funding from Monashees, Latú needs to convey…