While on the New York Stock Exchange a ton of cocoa is traded at R$12,100, Dengo pays more than R$24,000 for the same amount to its employees in the south of Bahia. How is this possible? Check out how the brand created a sustainable industry through fair profit.

Fair profit and socioeconomic development are the main goals of Dengo, a chocolate brand created by the founding partner of Natura, Guilherme Leal; and Estevan Sartoreli, engineer and former employee of Natura. Founded in 2016, the brand competes directly with others like Lindt and Kopenhagen and bets on a welcoming retail, with friendly attendants and a welcoming environment.

However, Dengo’s differential is not in taste or beauty: the brand is revolutionizing the industry through a sustainable and impact production chain.

For this, the CEO of Dengo, Estevan Sartoreli, pays more than double of the value traded on the New York Stock Exchange for its producers in the south of Bahia. Through the investment made in improving cocoa, 80% of producers that deliver the production to Dengo managed to reach a income greater than the local cost of livingearning around R$6,500 per month.

For this, the brand’s investments in training, qualification and inspection of producers already exceed R$ 3.6 million. “Without a doubt, we can look at this as an added cost in the short term. But, to be honest, it’s impossible to talk about sustainable chocolate without fair remuneration”comments Estevan, CEO of Dengo, in ESG Summit 2022, promoted by EXAME.

Decent salary in the 2030 Agenda

increase remuneration of producers has always been the focus of the project. Leal, who had already purchased land in Ilhéus, Bahia, in the mid-2000s and founded the Arapyaú Institute for entrepreneurship and sustainability in the same region, knew that the business model should be able to take the local population out of route of social decline.

With one of the worst Brazilian HDIs (0.690), cocoa producers in the Ilhéus region lived in extreme poverty. To produce quality chocolate, Dengo understood that it was essential that the producer was paid fairly for it. “The cocoa tree, which had to work for six months, is left only with 4% to 5% of the final value,” completes Estevan.

Annually, Dengo conducts a census among producers to measure the impact that the brand has had on their lives. Over the past two years, the census has recorded that the average annual income of cocoa trees has increased by 33%, advancing the company’s commitment to double the income of 3000 cocoa farmers by 2030.

According to Estevan, “The merit does not belong to Dengo, but to the consumer. After all, it is the consumer engaged in the cause, who chooses to consume Dengo, who is increasing the income of these families”.

According to the partners, worrying about the ESG criteria is a new lens, or almost a 3D glasses, that guarantees the 360º vision of the industry. In other words, it makes entrepreneurs widen the look for the different chains that are involved in the business, from the choice of ingredients, to the type of packaging and the remuneration of employees.

“The economic production chains have become disconnected, we need to understand who the producers are and what their needs are in order to develop an empathic relationship with them”, adds Estevan.

Black Adam movie, with The Rock, has its… 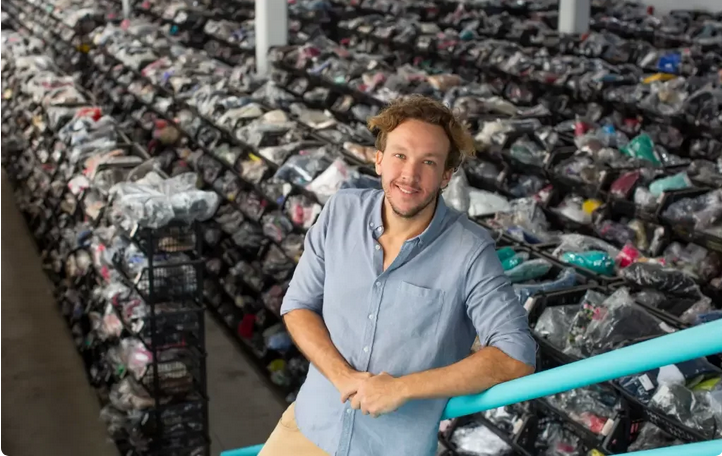 Chloe Dykstra relied on her seven Razor scooters to keep her entertained throughout the pandemic. During the lockdown phase, she also…

Government stops paying 25% of precatories in 2022

Of the BRL 43 billion expected by the Judiciary, BRL 32.4 billion were released The federal government will not pay all…