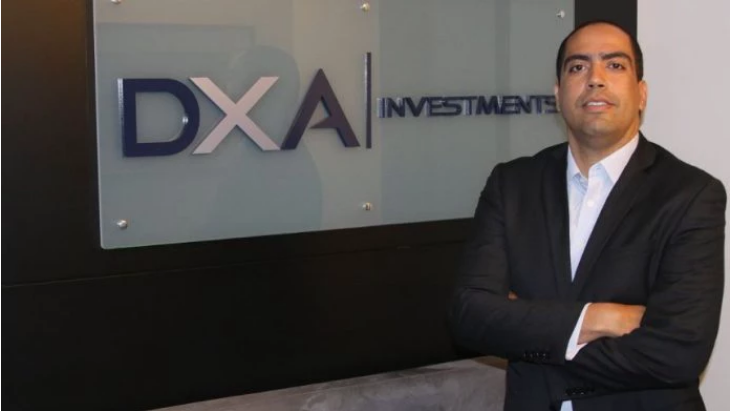 Startup crisis? In the DXA manager, offense is the best defense

In the midst of a scenario in which the main venture capital managers are more cautious when it comes to signing a check, the DXA manager decided to adopt the tactic that attack is the best defense.

“A good year or a bad year, you have to invest,” says Oscar Decotelli, founder and CEO of DXA Invest, in an interview with NeoFeed. From speech to practice, the private equity manager created in 2012 intends to inject R$ 200 million in startups this year.

Of the total projected for 2022, around BRL 80 million has already been allocated to four investments in the first half. One of them, in February, with a check for R$ 20 million in the operation of Rizi Dental Care, healthcare that operates in the dental market.

Among other investments made, the dairy manufacturer plant-based NoMoo, which recently expanded its operation to Asia; Green People, which manufactures juices and snacks natural; and Modern Logistics, a cargo airline with its own fleet.

Over the next six months, DXA, which has BRL 1 billion in assets under management, expects between five and ten contributions with checks ranging between BRL 10 million and BRL 20 million. On target are startups from different sectors, but mainly businesses linked to the healthy food, beauty, renewable energy and pet markets.

“It is a time of readjustment of valuations, but it is also a time to invest”, says Decotelli. “Let’s not slow down. We want to become a machine to the point of investing something around R$ 500 million a year.”

The thesis involves looking for companies that have mature businesses and that meet ESG criteria. Another filter is to buy shares of at least 15%. In all the investments made so far, DXA has a stake between 15% and 45% of the operation.

Geographically, the manager wants to leave the main Brazilian urban centers and should soon start investing in more operations in the Northeast region. The international market is also of interest and talks are underway to make a first investment in Mexico. Other markets that arouse interest in the medium term are Colombia and Chile.

As for disinvestment, the search is for returns between five and six times the amount invested. The intention is to remain in operations for at least five years, during which time investors are charged a management fee.

For now, the only way out was the investment in Zee.Dog, in which the manager obtained a 12-fold return on the capital invested when it sold a stake in the business, still in 2018. Last year, the company was sold to Petz for BRL 715 million.

DXA is not the only one to bet on the thesis that offense is the best defense. Tiger Global is an example. In the first six months of this year, the manager invested just over US$ 18.4 billion in 220 deals carried out, according to the American portal. CB Insights. For comparison, in the first six months of last year, it invested US$ 29.2 billion, but in only 145 deals.

What has changed from one year to the next is the size of the checks. Now, Tiger Global’s gaze is more focused on seed and Series A rounds, which generally involve lower stakes.

One of the cases was that of the Brazilian fintech Zippi, of instant credit for self-employed and micro-entrepreneurs. In early June, the company raised US$ 16 million in a Series A investment that, in addition to Tiger Global, had the participation of the Globo Ventures, Y Combinator, Volpe Capital and Soma Capital funds, among others.

In Brazil, the scenario shows that the market is, in fact, slower. In the first five months of 2022, Brazilian startups raised US$2.6 billion in 282 funding rounds, according to data from the Distrito innovation hub. In the same period last year, 349 rounds were held, totaling US$ 3.2 billion.

DXA capital to invest in new businesses is not obtained by creating investment funds. Most of the money from the resources comes from a base of investors that make up what the company calls an “ecosystem”. The rest comes from the manager itself, which last year sold 20% of its operation to TC (TradersClub), for R$ 20 million.

“We always put our money together with investors. For all intents and purposes, we operate like a traditional fund, the difference is that we bring to the table something that others don’t have”, says Decotelli, who has also worked at Opus Investimentos and Ágora Corretora. “The idea is that customers can have a digitally managed wallet.”

In practice, DXA identifies businesses that may have synergy with the demands of this ecosystem and makes an offer to invest in a given startup. During the process of due diligencewhich takes around 90 days, the manager offers investors on its platform the possibility of participating in the round in question.

“From the mandates of investors registered on the platform, we already know exactly how much we should invest”, says Decotelli. As part of this process, DXA activates the investors from its base that are most adherent to the proposal of the startup in question. “We managed to unite large investors, who represent between 70% and 80% of the value of the contribution, with whom they are investing the least.”

To participate in a business in this format, the minimum check is R$50,000, but the plan is to reduce this amount to R$10,000 in the coming months. For this, the manager seeks to increase its base, which currently has around one thousand registered investors.

The plans in this direction involve the internationalization of the operation. DXA’s idea is to allow investors from other countries to also be able to put money into Brazilian startups. For now, investors from 50 different countries can already bring in business with a minimum check of US$ 10,000.

“The plan is to allow someone who is there in the Philippines to invest in NoMoo, for example,” says Decotelli. “And when NoMoo gets there, this investor will be even more interested in helping the brand grow.”

At another end of the deal, DXA intends to allow investors to trade their shares in a secondary market that will operate within its own platform. This should happen between the third and fourth quarter of this year.

Religion and inflation pave the way for chicken…

“The 40-hour workday is something outdated”, says CEO…

Startup gives immersion within the Amazon with sustainable tourism

Expeditions include living in riverside communities, hammock nights and indigenous handicraft workshops; income helps support local people Despite being one of…

Created by Brazilian Geraldo Marques, the platform connects startups and investors through the sale of cryptoassets backed by equity interest; first…