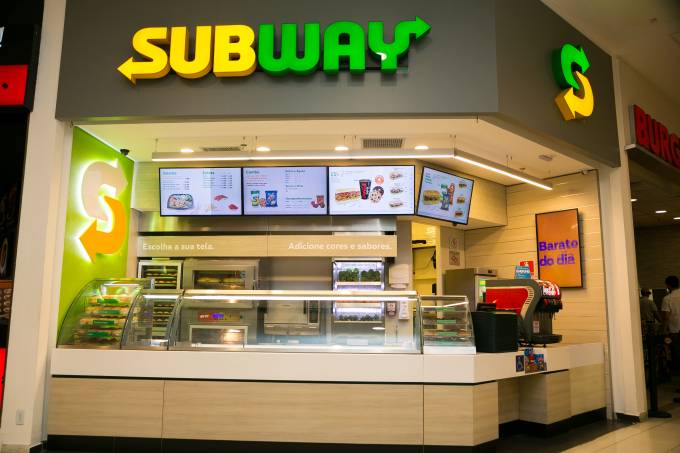 Until recently, coffee shops Starbucks were present only in the states of São Paulo and Rio de Janeiro. That started to change in 2018, when American investor Ken Pope, based in Brazil for 14 years, took over the brand here. Since then, the network has grown to around 60 stores and reached seven states. Now, the investor wants to guarantee the expansion of another American brand here: Metro.

Behind SouthRock Capital, a fund specializing in investments in the food and beverage sector, is Pope, 37 years old. The executive has been in Brazil since 2008, when he paid a visit to the country shortly after finishing his university degree in the USA.

“I was looking for an opportunity in an industry that I love to work in, which is food and beverage retail. It’s been an absolute pleasure so far. And I look forward to the many decades to come in this country and in this industry,” Pope told Estadão.

In the case of Subway, Pope’s first contract with the company took place at the end of 2021. Unlike what happened with Starbucks, which still had a modest presence in the country, Subway already has a considerable size: there are 1,600 stores , in the 27 units of the federation. Brazil is already the fourth largest market for the fast-food chain.

Now the company’s master franchisor in the country, Pope sees room for more openings, with stores closer to each other. In addition to putting his foot on the gas, he also wants to create new store formats. It is the first contract of its kind that Subway closes in Latin America.

Subway, however, is going through a difficult time. Founder of Food Consulting, consultant Sergio Molinari recalls that the company went through a period of downsizing of operations in the country – around 500 units closed their doors. “I believe that the stores that closed were already on the razor’s edge or with overlap”, says the specialist.

Although the sector’s numbers are improving with the cooling of the pandemic, 38% of bars and restaurants operated at a loss in February, according to the Brazilian Association of Bars and Restaurants (Abrasel), an entity that brings together the sector. Even bigger brands had problems: IMC, a publicly traded company that owns KFC and Pizza Hut in the country, for example, made layoffs and postponed the opening of stores.

The moment of recovery for food outside the home is positive, because of the demand that was dammed in the pandemic, but Molinari believes that the investor will make a careful analysis of the assets. “The reasoning will be more financial, and stores will only open where there is economic and commercial viability”, he says.

Despite saying that the plan is for expansion, Ken Pope did not reveal the projected openings for Subway or Starbucks – in the case of the coffee shop chain, about 60 stores were opened in four years (the company had 113 units in 2018) .

Pope gained strength in Brazil when he took over Starbucks after the brand had been under the management of the parent company for a while. The chain was brought to the country by businesswoman Maria Luísa Rodenbeck, who died in a car accident in 2007 – she had already been responsible for setting up McDonald’s here in the late 1970s.

In addition to Starbucks and Subway, SouthRock also has the rights to the TGI Fridays chain in its portfolio – a model that never caught on here – and also Brazil Airport Restaurants, aimed at airport food courts.

Creditors meeting today approved change of control in the sugar and alcohol company, with Lone Star and Caixa voting against; creditor…