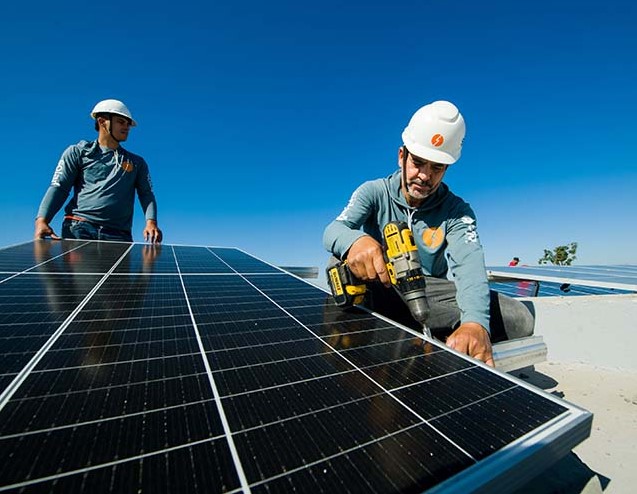 The most expensive electricity bill has weighed on the pockets of all Brazilians. But for those who have a business, energy expenditure is even more worrying. According to the 14th Impact Survey of the Coronavirus Pandemic on Small Businesses, carried out by Sebrae and Fundação Getulio Vargas, the increase in fixed costs – which also include inputs and fuel – has become one of the great difficulties for entrepreneurs. Even so, many entrepreneurs are managing to turn the page by looking for more economical solutions, such as their own energy generation.

The booming and more accessible market has also benefited small businesses that work with the installation of solar panels. This is the case of RR Energia Solar Fotovoltaica, led by businessman Ronaldo de Souza Ramos, which has been operating in the region of Caieiras and greater São Paulo for a year. The company works with the installation of equipment for photovoltaic solar energy. According to the owner, the demand for this type of service only increases and there is even a lack of specialized labor for the growing demand.

“My schedule is full. If a customer closes a purchase today, for example, I can only schedule the installation in 20 or 25 days,” she explains. For him, the heated segment only shows that the generation of own energy is a path of no return. Although 90% of the clientele is still residential, in the business sector, Ronaldo Ramos says that most orders come from small businesses, such as hairdressers, butchers and bakeries, in addition to some accounting offices.

The businessman’s report coincides with data from the Brazilian Photovoltaic Solar Energy Association (Absolar), which show that small businesses in the commerce and services sectors account for 12.5% ​​of the more than 1 million solar systems installed on Brazilian rooftops. Residential consumers are at the top of the list, with 77.6% of connections.

Companies that integrate or install photovoltaic solar energy systems like Ronaldo’s are specialized in developing projects, partnerships with equipment suppliers and installing solar energy systems in homes, businesses and industries, that is, providing a complete solution for the end customer, from the elaboration of the technical project, purchase of equipment, installation and approval of the system with the local concessionaires.

But other segments are also taking advantage of this niche, such as companies that make a living from tourism. In Rio Grande do Norte, the Village do Sol Hotel is an example. Tired of exorbitant electricity bills, businessman João Maria Pereira de Moura Júnior decided to bet on photovoltaic solar energy.

The change is only two months old, but it has already registered impressive results. Energy expenses fell from R$15,000 per month – reaching R$18,000 in high season – to approximately R$5,000. “It was a very big difference, we paid around a third of what we paid before”, he celebrates. The businessman needed to take out a loan of R$ 380 thousand to pay for the installation, but he believes that, even so, it is worth it. “It pays off now and even more in the future. We will end the financing and then we will only pay the monthly demand to the concessionaire.”

Despite already knowing solar energy technology, João Maria said that he only decided once and for all for distributed generation after participating in a Business Roundtable promoted by Sebrae, whose objective was to bring entrepreneurs from all segments closer to companies responsible for installing panels photovoltaic plants operating in the state. At the meeting, he closed a deal with the installation company.

On the other side of the country, the Edelbrau brewery, in Nova Petrópolis (RS), was designed from the beginning, in 2011, from the point of view of sustainability and energy efficiency. The entire building was built to take advantage of natural lighting. The property also has cisterns that capture rainwater, used for cleaning floors, in the pasteurization process, in toilets and for irrigation of the gardens. In 2018 came the most robust contribution: with the installation of 251 photovoltaic panels at the factory, the brewery became the first in Brazil to generate 100% of the energy consumed in the production plant.

“In addition to contributing to the environment, we managed to improve our operating cost, as the portion of the financing is lower than the energy bill we would be paying”, argues the managing partner of the company focused on experience tourism, Fernando Maldaner. “All these actions that we implement require a significant investment initially. But over the years, they help contribute to the company’s operating costs,” he adds. Around R$ 350 thousand were contributed for the distributed generation project to become a reality.

Sustainability is in Edelbrau’s DNA. The entrepreneur comments that he requests continuous energy efficiency diagnoses for Sebrae, in order to identify new opportunities. The purchase of solar panels appeared in one of these reports, for example.

“We have been part of Sebrae’s sectoral projects for eight years, mainly in Tourism, Food and Beverages. This has always opened many doors for us, such as the exchange of experiences with other entrepreneurs, access to fairs, missions and consultancies. All these exchanges of experiences and learning generated insights that contributed to actions in the company.” (ANS)

Natura creates a enterprise faculty to extend the…