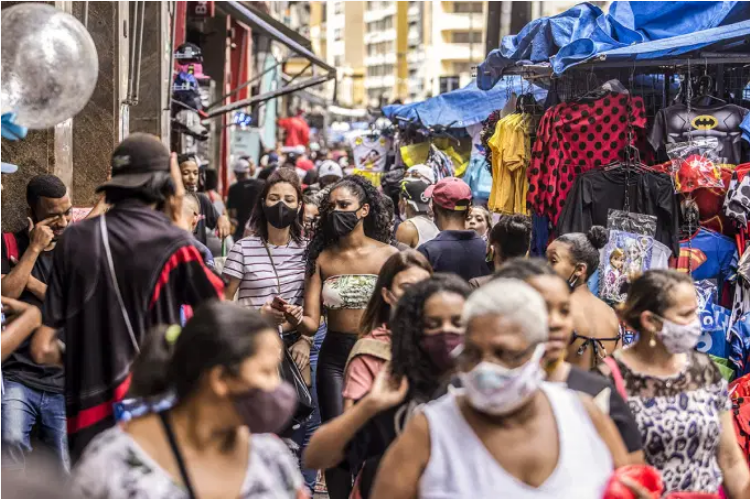 The confidence of Brazilian consumers had a new high in August, due to the improvement in expectations for the coming months, informed the FGV (Fundação Getulio Vargas) this Thursday (25), although it has warned of possible political instability ahead.

The ICC (Consumer Confidence Index) had a third straight rise this month, up 4.1 points to 83.6 points, the data showed.

This result was mainly due to the IE (Expectations Index) advance of 6.0 points, to 92.6 points, the highest level since February 2020, although the ISA (Current Situation Index) also rose, by 1.4 points , to 71.7 points, the highest result since November 2020.

“There is a more favorable view of the economic environment in the short term, which may be influenced by the improvement in the labor market and deceleration of inflation”, said in a note Viviane Seda Bittencourt, coordinator of the surveys. “This contributes to the increase in the impulse to buy, which occurs more intensely for the higher income classes.”

Despite the improvement in the ICC in August, “the political scenario can still generate turmoil in this environment in the coming months”, warned the expert. The electoral race for the Planalto officially started this month.

Sony raises the costs of its PlayStation 5…

Urca Real State, which invests in the US real estate market, has advanced its process for an initial public offering (IPO).…