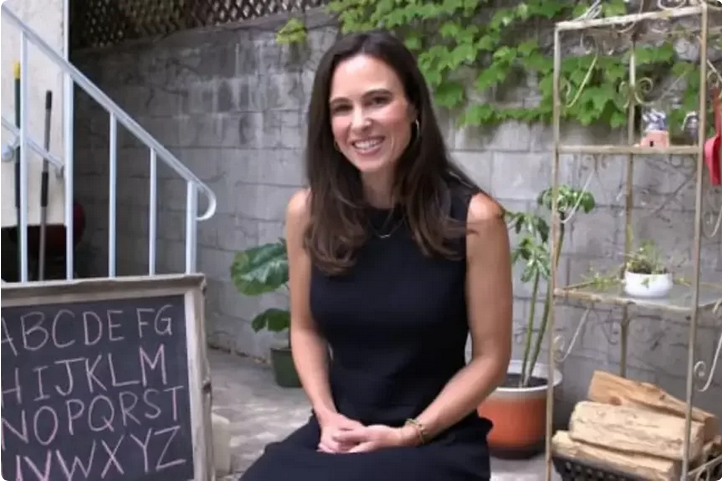 She turned caring for other people’s children into a $3.6 million business

Gretchen Salyer is the founder of June Care, a startup that connects families and child caregivers.

During the pandemic, American Gretchen Salyer was one of the millions of mothers forced to adapt their routines at home and to take care of the education of their young children, prevented from going to schools and day care centers. In the first few weeks of confinement, she already realized the difficulty of conducting digital education for three children at the same time.

This was not a particular challenge to his family. Slayer noticed that other mothers and members of the community where she lived were also facing the same problem as they tried to balance their children’s education with remote work. “My community and my friends and neighbors – they were really struggling. They were trying to work from home. They were trying to virtually educate their kindergarten,” the businesswoman told CNBC.

In view of this, she created a real support network, where mothers took turns caring for the little ones in short periods of time. Shortly thereafter, the idea gave rise to June Carea startup that connects families looking for child care to families who can stay with their kids at home.

The proposal is to go against the standards of care practiced by schools and day care centers, where children stay for determined periods of time. At June Care, parents can choose how many hours to leave their children in the care of others. In the startup’s business model, parent caregivers can charge as little as $20 an hour, and the startup takes 7% of that through intermediation.

In the midst of a scenario that has taken most of the caregivers (mostly women) out of the workforce due to the difficulty in finding places and people to take care of their children, Salyer’s company also intends to be an option for earning income.

“We are taking advantage of the underutilized supply of care work that is happening in millions of homes across the country and making it accessible to families seeking care and thereby creating additional income opportunities for everyone,” says Salyer.

Slayer, who never imagined becoming an entrepreneur at age 40 and with three children, decided to put her business to the test. In November 2021, he prepared a pitch about the company and raised US$3.6 million from venture capital firm Craft Ventures and various angel investors. These include Evan Sharp, co-founder of Pinterest; Jeff Weiner, former CEO of LinkedIn and Max Mullen, founder of Instacart.

Currently, the platform estimates it has 5,000 members, including caregivers and families seeking care.

LEGO launches set of bricks inspired by The…

Russia wants to create its own reference price…