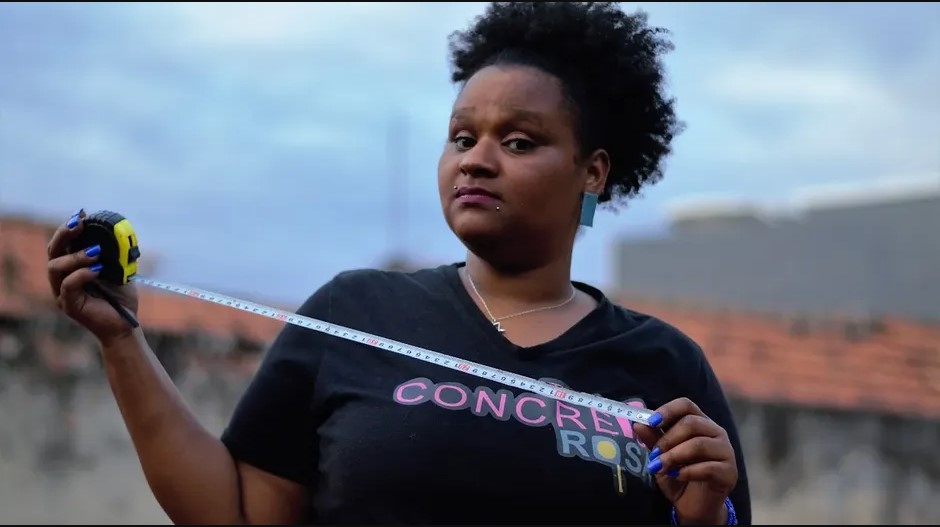 Geisa Garibald’s mother was the inspiration for choosing her profession. Since childhood, she accompanied the matriarch making renovations. “My mom worked as a maid, but she was the person who did things around the house,” she tells her. entrepreneur, now 38 years old. “Despite not working with constructionshe was very knowledgeable and even built our house.”

Her mother’s legacy accompanies her at Concreto Rosa, company which offers construction services, primarily serving and employing women, who represent seven of the nine people on the team. Based in Rio de Janeiro, the business It currently bills around R$120,000 a year — the expectation is to close 2022 with revenue of R$200,000.

The entrepreneur says that, before founding the business, she had several professions — she even took theater courses and was a hairdresser. However, when she had her first child, she saw how difficult it would be to juggle motherhood with jobs she didn’t identify with. At the time, she was working as a pharmacy clerk.

Garibaldi then remembered a habit he’d had since he was 18. “When I wanted to rent a house, I negotiated the price saying that I would renovate the place”, he says. “My proposal has always been this. As simple as my home was, I wanted it to be taken care of. So I started negotiating works.”

So, he decided that he would turn the habit into a business and went after training. He signed up for Projeto Mão na Massa to take a course on how to work on construction sites. “I didn’t just want to start working without having knowledge that I could prove,” she says. After the end of practical and theoretical classes, in 2015, she began to offer her services — especially through social networks — through Concreto Rosa.

The entrepreneur’s goal has always been to employ and primarily serve women. “I started to receive messages from women interested in working with me, and I started teaching at the same time as I did works so that they could learn in practice”, says Garibaldi.

The performance also showed her how important her service was to making women feel safer. “The importance of this work goes far beyond providing a service. We create bonds of trust, transparency and credibility. Many women who live alone are afraid to receive male professionals. One customer commented that she had a cold shower for three months because she didn’t want to call a man to fix it,” she says.

In the pandemic, Garibaldi says he got a big shock. At the time, she was closing the contract for a large construction project — which was interrupted due to the health crisis. Still, the company, as an essential service provider, continued to operate. “I performed more punctual services for people who were without water and electricity, for example. There was no way for people to be without these items at home,” she says. At the same time, it started offering entrepreneurship lectures and charging for the content.

Now, the entrepreneur aims to encourage more women to have their own business in the sector — especially those who are in a situation of vulnerability and financial instability. For this, she intends to form partnerships with housing secretariats of city halls throughout Brazil to offer itinerant workshops. The pilot project will begin this month, in Mogi das Cruzes, São Paulo.

What’s the candidates’ plan for coping with family…