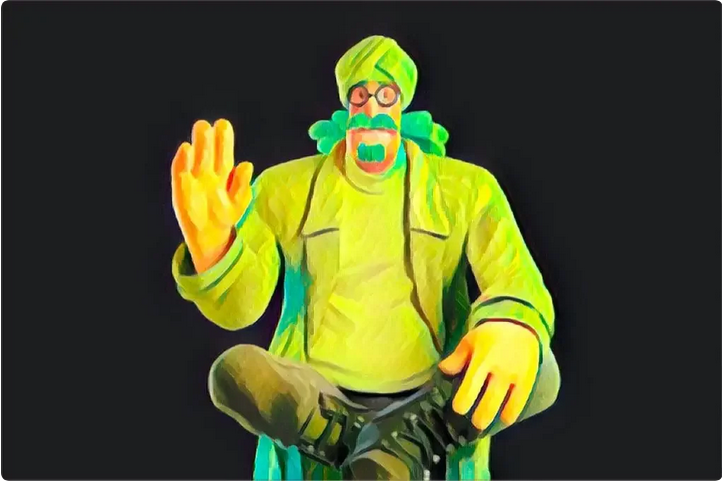 Seu Guru, the benefits and insurance startup for the self-employed, targets 10,000 customers this year

“We set up the platform thinking about using the technology to sell insurance, a known underdeveloped market in Brazil, mainly for self-employed professionals. But we realize that this public has much more pain than just insurance. There is a whole list of benefits that these people are excluded because they are not part of large companies and that they would like to have”, says Felipe Souza, one of the founding partners of the Seu Guru platform.

It was thus, based on experience, that the three founders of the business decided to change the sales model. From insurance, to a broader platform of benefits, products and services. And it all happened quite quickly. With a year and a half of life, the startup already accumulates a ‘pivot’ and a reorganization of partners. Of four founders, three remained.

Both are routine movements in the life of a newcomer to the technological environment. But they attract more attention when, of the three partners, two are under 20 years old. Behind Seu Guru are Thiago and Felipe Souza, both sons of Pércio de Souza, from the M&As boutique and business management Estáter, aged 19 and 17, respectively. The third partner is Guto Ramos, 35, a graduate of the insurance sector — with time in houses like Unibanco, Porto Seguro and AIG — and with two startups under his belt.

Except for the fact that they were incubated by Estáter, with an angel round of R$5 million, the partners have a completely autonomous life. And they explain, when asked about the reason for setting up a company at such a young age, that work, achievement, learning and pleasure are totally mixed up in Seu Guru. The business does not rest. They already understood this perfectly, when they spent the holidays and even the Carnival holiday dedicated themselves to doing customer service, not to let anyone down.

The platform currently has 6,500 customer users. In this account, there are 2,000 single items, obtained directly by Seu Guru, in the open sea, and another 4,500 from the white label model, in which the platform solution is “packaged” by another company for its outsourced force. The trio’s belief is that there will be 10,000 customers, just in direct, until the end of this year, which will guarantee the breakeven of the operation. Sales effectively started at the end of December 2021.

“This number is feasible even if we have a growth rate that is half of the current one”, comments Guto. Today, the platform grows at a rate of 60% in active users per month — and that’s with virtually no digital advertising and SEO efforts. Since January, monthly revenue has multiplied by 10.

The white label format also promises an important avenue of expansion. In just one month, given the change in regulation in the delivery sector, the trio developed an insurance product for couriers. Today, in addition to small businesses, the client portfolio includes names such as Uello, recently acquired by Renner, and James Delivery, from Grupo Pão de Açúcar. “But we are in conversations with all the big ones in this market”, says Felipe.

“Our purpose is to bring security and benefits to the self-employed and micro and small entrepreneurs”, emphasizes Thiago Souza, now with the mission of Seu Guru redefined. The goal is to create a sense of community and belonging among this audience, which until today was not available to them because they are not linked to a company, he explains. Today, about 50% of the adhesions are given by indication. “This shows that we’re on the right track in our community goal,” he says.

In the case of couriers, for example, Seu Guru works in partnership with AIG, with whom it has developed a very specific insurance for this public. “The routine of this professional is already stressful enough. We know how reassuring it can be the notion that you will be covered in case of accidents, for hospital expenses, for medicines and even monthly earnings, for the period when you cannot be working, until your recovery”, comments Thiago.

Between December 2020, the date of Seu Guru’s creation, and December 2021, when the company actually started sales, there was a year of research with potential customers to define exactly what and how to sell, while building the platform’s technological base. . That’s why the partners say the company was “founded” twice. To top it off, there were lessons learned along with sales.

What this group of remarkable young people quickly understood was the drama of other insuretechs in the country: the industry still has a strong relationship with the role of brokers, even after digitalization has made the figure of this professional technically expendable. “When we researched, for example, the interest in health insurance, we realized that this public also really wanted some prevention and quality of life service”, says Guto. That’s how Seu Guru went after Gympass, whose audience is defined by companies, and got an unprecedented partnership to bring this benefit to this audience.

At the beginning of Seu Guru, the partners saw benefits and services as a way to add value and complement the insurance offer. Through interviews and market experimentation, they realized that benefits were, in fact, the gateway to customers. Today, they are on the platform, in addition to partnerships with Too Insurance (BTG Pactual and Banco Pan), argo and AIG, gympass, have health and the Discount Club of Allyawith advantages for shopping at Magazine Luiza, Cinemark, among others.

“By creating a sense of community and security, customers gain confidence to then take out insurance, some time later”, says Felipe. “People know that they will need insurance, whether life, accidents, business, at the worst time and they don’t want to take any risk in hiring. And there is still resistance to all-digital buying. But after getting to know the platform, this concern is greatly reduced”, he adds.

A new website, fully updated for the new business model, should go live in July. As it was with insurance, the idea is to remain fully “modulable” to the needs that each one deems important. “We know that the life of micro-entrepreneurs in Brazil is a battle every day and that needs can change overnight”, emphasizes Thiago, who at the age of ten, due to his passion for games, was already doing programming.

In Seu Guru’s news map, there will also be, in addition to new partners, a tool that will allow the user to formalize their business, creating a MEI record, directly from the platform. “I went to try to obtain my registration myself and found conflicting information. It’s not easy. There are many people who do not formalize due to lack of information and tools”, comments Thiago. With this solution, the user will be able to remove the registration and pay his taxes, in addition to contracting multiple benefits, with a single payment.

Seu Guru, although it still has a liquidity cushion as a result of the incubation by Estáter, should go to the market later this year, for a round. In February, the startup even opened an attempt, but that was when the need to review the membership structure imposed itself and the initiative had to be aborted. Rodrigo Castanho left the company. “It was super friendly. Zero stress, but we understand that it would be the best for everyone and the company. In the end, that was good, because we were going to the market with 1/10 of the current revenue, and without needing it at that moment”, says Felipe.

At 17, one of his biggest interests is the formation of bubbles in the economy. “We knew we were experiencing one. Me and my father hoped that she [a bolha do venture capital] burst in September. We were wrong for a few months. At the beginning of the year, the partners and I came to the conclusion that we had to take advantage of this wave of liquidity before it ended. But it was too soon.”

All three are aware that capital will be important for expansion. Today, the business has a very low cost of acquisition (CAC), almost entirely organic. But the trio knows that, for new products, investment in media is relevant. “At least in the initial phase of each novelty, campaigns are important until we are relevant in that. Then the organic gains strength.” Paid digital marketing spend today is 70% lower than it was in January, for example.

The list of plans is long. The partners understood that the opportunity, for them, also lies in this distribution by community, since the partnership model can make them an interesting partner, as a channel, for any company that wants to sell services to its audience. “We have the entire pyramid as a client, from the neighborhood beauty salon, or the manicurist, to doctors and lawyers”, completes Guto. “It matters because 80% of the demands and interests are the same, regardless of the segment of activity.”

Government retreats and must give up compensation to…

The “one thousand and one utilities” of physical…