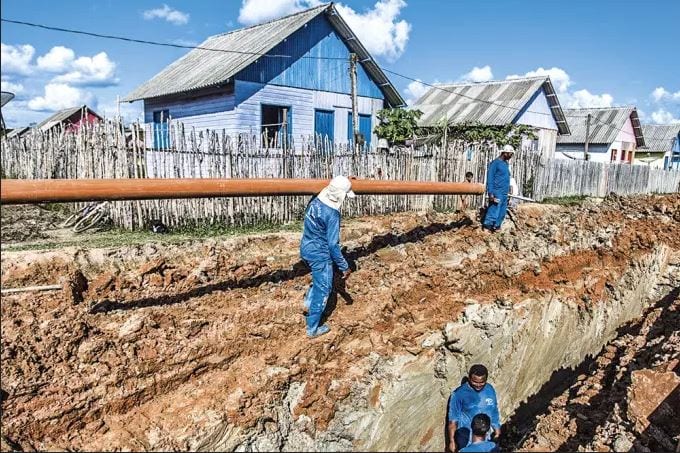 The water and sewage concessions granted after the approval of the new sanitation legal framework have total investments of R$ 46.7 billion, but the sector is currently facing increased costs and bottlenecks in the supply of inputs.

The investment projection is from Abcon/Sindcom, an entity that brings together service operators in the sector, and considers 16 auctions carried out by state governments in the two years of the new rules, approved by Congress at the end of June 2020.

With the concessions, the share of Brazilian municipalities served by private water and sewage companies rose from 7% to 9.1%, says the entity, in a study released this Wednesday (6th). Another seven auctions are already in planning.

“The results are there, there are signed contracts and committed investments”, said the executive director of Abcon/Sindcon, Percy Soares Neto.

The sector, however, still sees the need for advances in the strategy of regionalization of municipalities for the concession of services, one of the premises of the framework. Today, says Abcon, 20% of Brazilian cities are in an irregular situation, but many are unable to attract private operators alone.

Another point of concern is the inflation of inputs and equipment for investments in expanding water and sewage networks, a problem generated by the pandemic and exacerbated by the Ukrainian War.

Soares Neto said, without giving details, that there are concessionaires discussing the economic-financial rebalancing of the contracts. On another front, Abcon is preparing a study of future demand to try to encourage investments in national production capacity.

“We need to increase production in Brazil to meet this cycle of expansion of sanitation”, said the executive, in a press conference to detail the study. Chemicals and PVC pipes are among the bottlenecks, he added.

One of the alternatives being discussed with manufacturers’ associations is to claim tax relief for imported inputs necessary for the production of these items. The sector argues that lower costs reduce the pressure on the economic-financial balance of concessions.