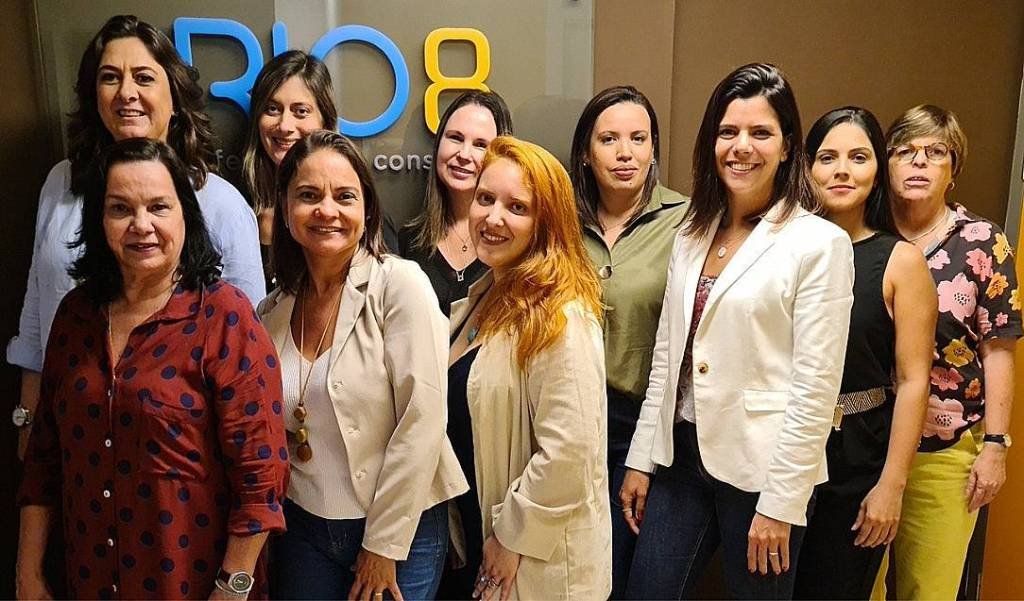 Rio8: the trajectory of a construction company led by women

In addition to having a female founder, something rare, almost unique, in the segment, Rio8 achieved a feat that, guarantees its CEO, was natural: 90% of its leadership is made up of women, including directors, management and construction engineers. . “Some customers and suppliers are impressed and ask if there are only women in my company. They really are the majority.”

Gender diversity in leadership, something that falls within the values ​​cherished by ESG investments, has begun to attract interest from partners and investment funds. Architect Mariliza Pereira, founder of Rio8, declares that she has never been concerned with the issue of gender equity in her company, but admits that just being a woman can have annulled gender biases that could exist in her hiring. “There was never a preference, but a curriculum and profile aligned with the company, endorsed even by men from my team”.

Pereira already had more than 20 years of experience in the real estate market when she decided to found the construction company in 2013. The executive provided services for builders and was forced to set up her own business during a real estate market crisis. “Nobody was paying me what they owed me, and I was about to turn 50. I was afraid to create my own company because the management of works is complex, with many labor risks and requirements for maintaining contracts. But my partners at Caixa encouraged me to go ahead”.

After a decade, Rio8 has become a medium-sized construction company with 1.5 million constructed area and 122 employees. It has projects in the mountainous region of Rio, Baixada Fluminense and is preparing to start building in the capital in 2023. Specialized in economic real estate, next month it intends to expand its operations to medium and high standard properties.
‘Feminine look’: differentials

In Pereira’s view, having women as managers generates business. “Women know how to prioritize and organize. We are mothers, housewives and we work. We have a broad view of the business”.

These ‘feminine’ characteristics have led her to prefer women in the areas of customer service and accounts receivable. “Women tend to be more careful and attentive to details. When handing over the keys and inspecting the property, they usually create situations where people feel more welcomed”.

One factor that influences a diverse culture at Rio8, in the executive’s view, is the lack of encouragement in a competitive environment. “In mostly male companies, I saw many people massacring each other, climbing on top of each other. In my company, I demand cooperation.”
beyond the numbers

Another strength of the company, in the CEO’s view, is the concern not to reduce the business to numbers. For this, Pereira seeks to move from a purely administrative and financial management to participate in all the company’s processes, including visiting the works.

To develop new products, it studies location, land and especially the public to which it will sell its properties. “I seek to create enterprises in which people are happy to live. My aesthetic sense as an architect helps me to have a different look. So much so that I have my own architecture team, while many construction companies outsource the service”.

The executive cites as an example a large condominium that the construction company launched in Petrópolis, before the pandemic. In it, she chose to place 672 units, when she could have placed 1,000 apartments. “I didn’t want to create tiny spaces, just to sleep. Many clients are young couples with small children. So I made a big playground for them. Targeting elderly people who come to live in the region after retirement, I did 1.5 km of bike path”.

As a result, the speed of sales of the work was higher than average. “We sold everything in 18 months, when it was expected to take twice as long.” This is how, he believes, he retains customers. “At the time, some competitors even called me a liar in meetings of businessmen in the city. That it was not possible that only I could sell”.
Construction site: the next (big) barrier

The only area of ​​the company in which men are the majority is the construction site. But Pereira wants to change these scenarios as well. “Since I’ve come this far, I’m going to try to break more barriers.”

The executive talks to Concreto Rosa, a training program for women to work as tile workers in construction projects. “In my next venture, I’ve already built a locker room and women’s bathroom to try to advance these goals.”

The problem, cites the executive, is that there have already been problems of harassment and inconvenience to the female cleaning team, which is hired to perform services at a certain stage of the work. “When they provide the service, I need to have a person in charge in each block so that they keep an eye on everything that happens. So you can imagine how careful it is to have a woman laying tiles next to men. Before facing the woman’s lack of interest in this work, something cultural, an internal work is necessary for men to respect them”.

Although there are no women among the construction workers, all of Rio8’s projects are run by female engineers. “There is no conflict between them and the workers, but with contractors, who tend to be sexist. But I authorize them to receive a ‘beating’, to be ‘beaten’ back”.

Germany to increase use of coal plants after…

Once they succeed of their careers, girls are seen…

Success at work is something commonly attributed to men, so a successful female career is seen as something accidental. Historically, the…