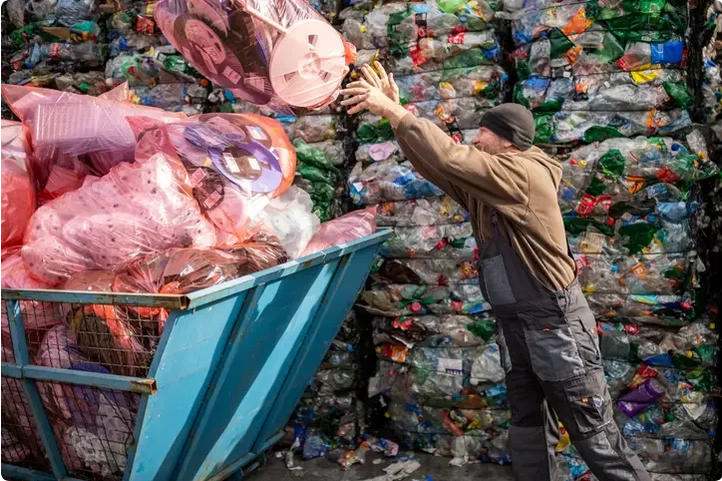 From R$6.9 billion to R$14.2 billion. Here is the volume of money that the so-called recycling credit can move. Published in April, the estimate was made by the Economic Policy Secretariat (SPE) of the Ministry of Economy in partnership with the Institute for Applied Economic Research (IPEA). It mirrors the social, environmental and economic gains of the recycle+a federal government program that established the Recycling Credit Certificate.

What are recycling credits

It is an environmental compensation mechanism similar to the carbon credits. These are marketed so that companies can meet their waste reduction targets. pollutant emissions.

The credits related to recycling indicate how much each company moves so that part of the raw material used returns to the production chain – a process known as reverse logistic.

In other words, recycling credits prove that a certain amount of material was properly disposed of from an environmental point of view.

The novelty improves the attributions of industry and consumers with regard to waste. It is an easier way for companies to adapt to the National Solid Waste Policy (PNRS), approved in 2010.

After all, the alternative would be to take off paper systems of reverse logistic, much more costly and labor intensive. O recycling crediton the other hand, promotes and develops the chain of recyclable waste pickers’ cooperatives, which gives a social aspect to the proposal.

The benefits for collectors

With the mechanism, the average income of collectors tends to increase by 25% – from the current R$930 per month to R$1,163. This is because a new value was stipulated for the sale of waste.

The person responsible for the final stage of recycling will be able to prove, via invoice, the sale of a certain amount of waste collected and duly forwarded for reuse.

It is this evidence that recycling creditswhich can be acquired by companies that are in debt with reverse logistics.

Currently, around 250,000 Brazilian companies have obligations associated with reverse logistics. So far, however, dry waste recycling in the country has not been able to surpass the 5% mark.

The recycling credit market, it is worth saying, is not restricted to the business community. Any citizen, including foreigners, can access it. Every operation is registered and validated by a certification network, which involves an electronic system administered by the federal government.

About 70% of the scavenger contingent, it is worth remembering, is made up of women. Any policy aimed at this part of the population, therefore, can contribute to the reduction of child labor and to an increase in schooling for the children of collectors.

In Brazil, an estimated 782,000 people survive at the expense of the recyclable waste collection sector. Reducing the informality of waste pickers is another expected benefit.

“The incentives for the formalization of companies and individual entrepreneurs contained in the proposal of the recycling credits can represent an important step towards the modernization of the sector, with a direct impact on the living conditions of the collectors”, maintains a study by Ipea released together with the estimate of billing of the credits in question.

According to the model in force until recently, the logistics needed to dispose of waste accounted for up to 15% of company revenues – not to mention labor costs and possible legal claims.

For each ton of material collected, an average of R$ 1,800 was spent. With recycling creditsthe value drops to approximately R$ 350 per ton, which represents a savings of 81%.

Not everything that was collected, it should be noted, was actually recycled – an incalculable amount of material ended up in landfills. This is because not all raw materials have an established recycling market.

The success of aluminum cans, for example, does not apply to other materials, such as plastic, whose value is less perceived. According to Ipea, a plastic package purchased through the reverse logistics system costs around R$3.60. A new one goes for 60 cents.

“You see it in cities and on the streets. When you add value to waste, you can transform it into a new green growth chain”, recently declared the Minister of the Environment, Joaquim Leite.

Needless to say, the environment is grateful for the news. Thanks to it, the percentage of reuse of the dry fraction of the recyclable trash will jump, in 20 years, from the current 5% to 70%.

Privatized Eletrobras is value at the least BRL 142.5…