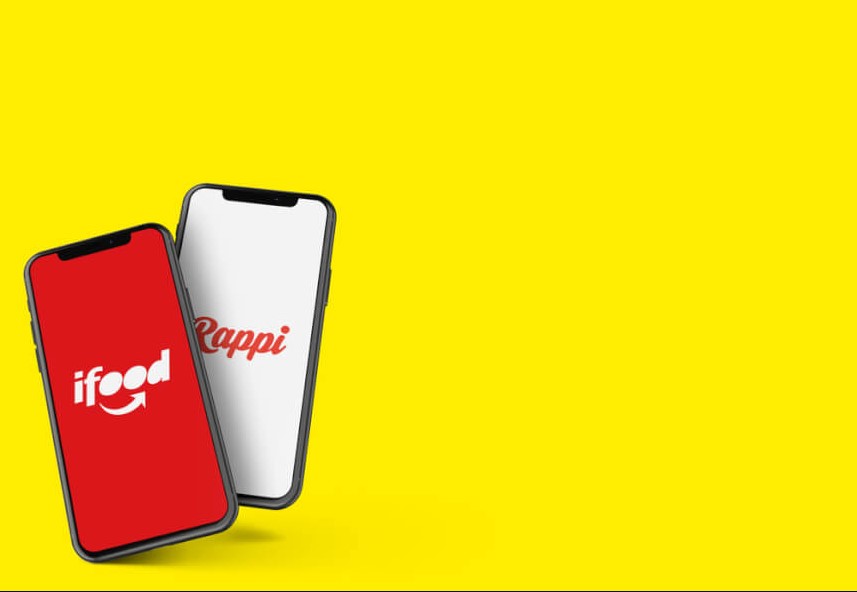 Rappi decided to raise the tone against iFood.

The president of Rappi in Brazil, Tijana Jankovic, went to CADE to accuse the rival of breaching the agreement proposed by the antitrust regulator of not signing more exclusive contracts with restaurants.

According to the executive, iFood renewed contracts that should have been finalized and continues to threaten restaurants that choose to be on more than one platform.

“There is the exclusion of marketing campaigns, less visibility on the platform and a lack of good operational service,” Jankovic told the Brazil Journal. “The theoretical choice that a restaurant has to be exclusive or not in practice does not exist.”

iFood holds 80% of the delivery market in Brazil, according to data from the Brazilian Association of Bars and Restaurants (Abrasel). Among the restaurants that are exclusive to the platform are giants such as McDonald’s and Habib’s.

Therefore, in the representation that Rappi is leading at CADE there are other interested parties, such as Abrasel itself, the National Association of Restaurants and Uber Eats, which recently withdrew from the market. “I’m sure if things change, they’ll start operating in Brazil again,” said Jankovic.

According to the executive, restaurants are afraid to position themselves because of the importance that delivery – and consequently iFood – has come to have in their recipes.

Brazil Journal spoke with some restaurant owners and industry representatives who were dissatisfied with iFood’s fees and lack of transparency in ranking restaurants on the platform.

“But iFood has been a good partner,” said one.

For Jankovic, if nothing changes, the biggest losers will be the establishments themselves. “It’s not a fight of us against them, but of the market against them,” she said, who believes a decision will be announced soon.

Below are the main excerpts from our conversation with the CEO.

How is the case against iFood at CADE going?

We have had this process since 2019 and then there was this preventive measure against new exclusives, but it allowed for renewals and did not interrupt the idea, which was insufficient to bring this rebalance.

And why not rebalance?

Although CADE’s measure was quick and on the right track, it would only be more effective at a time when the market is less consolidated. If we were to enter a greener market, it alone would prevent further concentration. So she just held on to the concentration that was already there. Another issue is that the measure was not respected in the way it was constructed.

At what points was she not respected?

There were several cases where we saw a direct disregard for this measure: iFood continued to add new stores in an exclusive way. We are taking these cases to Cade and bringing evidence.

What evidence are these?

We identified some behaviors contrary to the measure. The first is to use restaurants from the same group, where one has exclusivity and the other does not, to embed within the same contract. So, if there are two restaurants, one big and one small, the contract for the small was taken and the large one was embedded in the contract. Another policy was the renewal of expiring contracts. But there are also complex measures of competitive dynamics in the ecosystem that are economic threats.

How does iFood threaten restaurants?

There is the exclusion of marketing campaigns, less visibility on the platform, even a lack of good operational service. It is a package of various measures that make our argument stronger. The theoretical choice that a restaurant has to be exclusive or not in practice does not exist. It is a paper-only option.

But couldn’t Rappi and other competitors offer better exclusivity contracts and thus win the iFood market?

Due to the size of the iFood market and the growing proportion of delivery in the restaurant’s revenue, dependence on this sales channel has become substantial. It is no longer simply another sales channel. Even if small and medium-sized restaurants wanted to go to another platform, they are extremely fragile because of the pandemic and everything that has happened. So, they can’t give up the advantage or disadvantage thinking about the medium to long term, because they can’t stop selling in a company that holds 80% of the market. This fragility makes them imprisoned and hostages and this is a great argument of ours at CADE.

But wasn’t this market share won by iFood for being a pioneer and offering good service to customers?

The problem is not that they have 80% of the market, but how that market is being built through these forces. No other company can compete anymore, whether small or large. We are not asking CADE to give us the market share, but to compete with the same advantages and disadvantages. They can have up to 95% of the market, as long as it’s on their own merit.

There is a situation where no one can provide the basics. I’ll give you an example: imagine a supermarket that opens a store in a neighborhood and grows on its own merits. After growing and buying competitors, this supermarket comes and prohibits other competitors from selling rice and beans. What we are proposing is to ensure that restaurants have a choice and that companies can compete with each other. The biggest proof of the problem is that, despite the preventive measure, we had exits of very relevant players, as was the case of Uber Eats. But I’m sure that if things change, they’ll start operating in Brazil again.

If this case doesn’t go as fast as you believe, can Rappi go the way of Uber Eats?

We have two differences from Uber Eats. The first is that, from the beginning, we were a super app. That business more diversified allows us, even with the difficulty in restaurants, to have a more diversified business.

And the second difference is that we are the only 100% Latin American company. This means that we do not have an external controller that looks at the market in Brazil only as an option. Brazil, for us, is the most important market and that is why we are sponsoring this case at CADE. And we believe that there is no option for CADE not to evolve the discussion. We know that some decision will happen. It’s not a fight of us against them, but of the market against them.

But could you at least leave the restaurant segment? Would the operation stop standing?

Do you intend to increase investment in the area, in case Cade decides against iFood?

Certainly. We have everything to have much bigger investments. We are extremely rational as a company. We invest when it makes sense.

There is no way to prosper in this fight against iFood in the restaurant market. Today we would have to pay millions of reais for exclusivity to compensate the restaurants. The imbalance is so big that the restaurant would sell eight times as much on iFood, so we would need to put in a lot of money. It would be a surreally high investment to indemnify the restaurant.