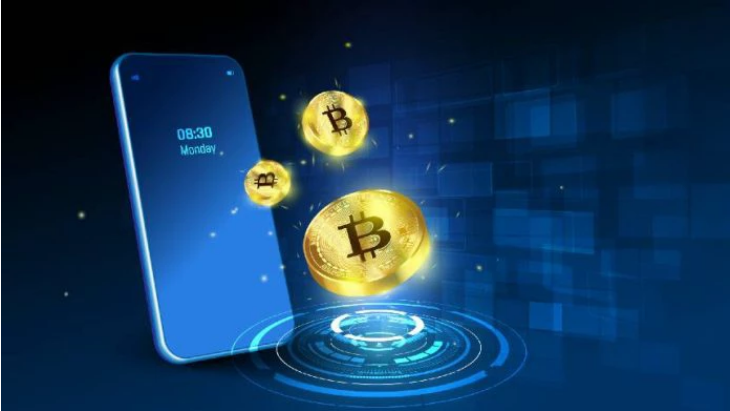 PicPay creates a cryptocurrency exchange and will launch a stablecoin

Within a month, PicPay, one of the largest fintechs in Brazil, with more than 30 million active users, will enter the world of crypto assets. The company created a business unit called Crypto and Web3 and intends to take a series of products out of the oven.

The company’s strategy, revealed exclusively to the NeoFeedincludes everything from the creation of an exchange for the trading of cryptoassets, the development of its own stablecoin and a dive into the NFTs universe, with a marketplace for users and the intention to become a tokenizer.

“Picpay will enter this world very strongly. It will not be an accessory product, it will be a very important line of business”, says Anderson Chamon, co-founder and vice president of products and technology at PicPay.

The first step in this journey, which should be live in a month, is the launch of an exchange in which the user will be able to buy coins and store them within PicPay. At that initial moment, there will be Bitcoin, Ethereum and USDP, a dollar-backed stablecoin. By the end of the year, the goal is to trade 100 coins.

“You will not need to be a PicPay user to use this stablecoin. You can be a tourist coming to Brazil, take Paypal or another digital wallet, buy BRC on an exchange and use it in the Brazilian market,” says Chamon.

BRC will be worth 1 real and, according to Chamon, this is the beauty of the business. “It’s one-to-one parity. It has the properties of a decentralized currency, it allows the user to send from one side to the other, creating the disintermediation of bank, brand and acquirer”, he says.

By the end of the year, crypto assets will be plugged into all payment journeys within PicPay. It will be possible to use it to pay from a coffee shop at the bakery or take out insurance within the platform. “You will be able to pay boleto, bills, PIX using crypto,” says Chamon.

The company started structuring the Crypto and Web3 business unit five months ago. Since then, it has brought in Silicon Valley-based executive Bruno Gregory to lead the business. In addition, it hired another 20 professionals for the area and has other vacancies being filled.

Chamon says that PicPay decided to enter this segment because the next ten years will be decisive for this technology. The idea is to get crypto assets, even an NFT from a game, into the world of payments. “Our role is to take the complexity out of it, bring it to the real world and help crypto become popular. We will be a propelling agent for that”, says Chamon.

But making crypto-assets popular, being used on a daily basis, is not an easy task. The executive explains that the user will be able to make a PIX using crypto and the owner of an establishment will not even know. “We will do the conversion and he will receive it in cash”, he says.

The company is entering the market at a time when the crypto industry is going through a terrible winter, with exchanges suspending user operations and some of them seeing their market values ​​plummet.

PicPay will also enter an already populated market and a war between the main brokers in the market – from foreign ones like Binance and Bitso to Brazilian Foxbit and Mercado Bitcoin.

China’s Binance, a $38.2 billion behemoth, has been criticized by rivals for virtually zeroing brokerage fees in order to “buy the market.” Mercado Bitcoin, the largest national company in the sector, is capitalized by a massive investment of US$ 200 million made in July last year by Softbank.

PicPay will charge a fixed fee on small transactions and on large volumes it will be percentage. It will vary from BRL 0.39 to 1.2% of the transaction. “Our vision is long term. We are looking at the fundamentals of the technology,” says Chamon.

Crypto, he says, is a subject the company has been following for a long time. “In the 2017 bull market, it was a topic that was linked to speculation, making easy money, getting rich”, says Chamon.

The executive says that now, in the recent bull market, the scenario has begun to change. “It started to move from the speculation phase to the actual use phase. And that’s when we decided to take a step into it. We see a lot of value in the technology,” says Chamon. And PicPay intends to use its power of scale to change the game.

The company closed the year 2021 with 63 million registered users on the basis of which 30 million are active. Last year, there were BRL 92 billion in volume traded – a jump of 153% compared to 2020. The number of registered users jumped 62% and the number of active users grew 64.5%.

Revenue, of R$ 1.1 billion, represented an increase of almost 200%. The loss, in turn, reached R$ 1.9 billion, more than double that presented in 2020. The company’s plan, which already has business units such as the financial, financial marketplace, store and social verticals, is plugging in new units to increase usage and profitability.

The Crypto and Web3 area is another ingredient in this regard. “In 12 months, we believe that 3 million users will use cryptocurrencies within PicPay,” says Chamon.

Investidores.vc makes a round to launch its own manager

On the two-year anniversary of the digital wallet, the company announces news with an eye on increasing sales to already registered…