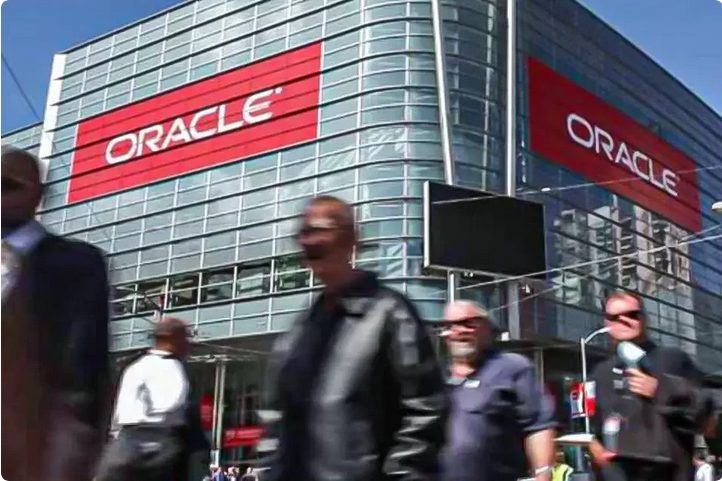 In participation in the CEO talks, Alexandre Maioral told about the company’s evolution and highlighted “Today, data is the greatest treasure of a company”

Growing is usually the main challenge for any business, whether it’s a small, medium or large company. But finding the formula for this is not simple. In an interview with EXAME, the CEO of Oracle Brazil, Alexandre Maioral, told the method adopted by the global company to grow 3 digits. And the focus is not on invoicing.

One of the largest technology companies in the world, Oracle has in its business from hardware production, to cloud services, blockchain and market solutions. It was born in 1977 in a garage in Silicon Valley with the aim of building the most secure database in the world. The company entered a kind of contest opened by the Pentagon and won.

Until today, one of the founding partners, Larry Ellisonactively participates in the decisions of the company that started as the world’s most secure database, but went on to develop several solutions. Today, Oracle has 130,000 employees worldwide, 2,500 in Brazil and almost 4,500 in Latin America.

At the CEO talks (interview program with great CEOs), Maioral also spoke about the challenge of keeping technology employees in the company, as it is a very busy market with great opportunities. In addition, the conversation also extended to the leadership challenges. “In a company, employees are people, customers are people, and investors are people. If you don’t know how to deal with people, then you don’t know how to run a business.”

With a dream of becoming a doctor, Alexandre Maioral he always liked technology and, as his first job, he did the maintenance of electronic boards, then he moved on to support and maintenance. He also ventured into entrepreneurship with an events agency and a bar in Curitiba. This period, he says, made him learn to deal with diversity of people. After that, he returned to the corporate world passing through IBM until reaching the presidency of Oracle Brazil. There, she felt that she was in the place that converged with her values, principles and the culture of transformation.

For Maioral, the world today is based on data. “O given today is the greatest treasure any company has and, therefore, cyber attacks have increased in Brazil and in the world”. The CEO of Oracle Brazil explains that, in Brazil, cybersecurity is a cultural issue. “Only 15% of the national population has life insurance, while in the United States this number reaches 75%. In other words, security is not a priority in Latino culture,” he says.

But with everyone understanding the importance of data for making business decisions, it has become a treasured treasure for companies. “For us who were born with security and data in our DNA, it was the perfect scenario and we implement these two focuses in all our solutions. Brazil has changed the mindset, what was the last concern of many CIOs and IT directors became a priority because of the attacks, and because companies realized that not taking care of data and being a victim of an attack can end a business. ”, explains Maioral.

He also highlights that the pandemic accelerated technology mainly due to the perception that a business could stop, cease to exist from one moment to the next. “Think of a retailer that had only one physical store, if they couldn’t open a digital channel to sell, they would close their doors, as many have closed. Projects that we expected to be done in 2, 3 or 5 years, were done in months, for the sake of survival,” he says.

The executive also talked about one of the technology trends for the coming decades. “The metaverse is already reality, it already exists. It won’t be the companies’ main business, but it will be the channel that companies prefer to have because it is a way to reach a specific niche for the new generations”, explains Maioral. “Technology has to do with culture too. In the market, there is a huge queue at the cashier, and there is no one on the side of the self-service. It is a cultural construction. So the metaverse will be another sales, contact, communication and culture channel”, he concludes.

Check out the full episode and see what the CEO believes is the key to current leadership:

Without IPO, BRK Ambiental may consider…

The pilot shortage crisis that is…

Home price rises above inflation in…

Income generated by small businesses is… Do you spend more than R$200 on electricity? This…