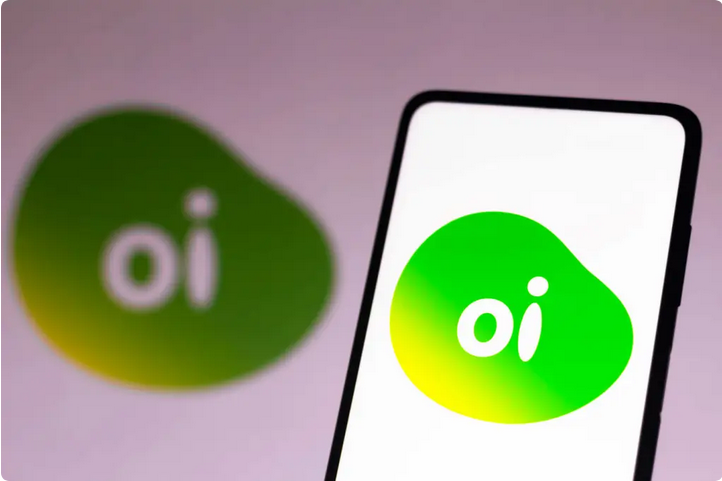 At the current exchange rate, Oi’s debt that went into judicial recovery in 2016 would be equivalent to R$85 billion today

After six years, the Hey is about to come out of judicial recovery. This year alone, the company paid the equivalent of R$ 15 billion in financial commitments. The disbursements were possible after the completion of sales of the mobile telephony operation and the control of the fiber infrastructure, which gave rise to V.tal. In an exclusive interview with EXAM IN, the company’s CEO, Rodrigo Abreu, says that the company paid off all the new debts that were made within the legal process, to continue with investments during this period, and also made the largest amortization of the salaries it carried before the restructuring: around Rs. $4.5 billion owed to BNDES.

“We won the right to turn the page and really start a new life”, says Abreu. “I have said this internally, because the work is really starting now fully focused on this new Oi”, he says, remembering that the business is no longer a telecom operation to be a digital services company, in a more comprehensive way. And that there is still a lot to be done in that future.

Oi ended December 2021 with approximately R$35 billion of gross debt. The R$ 15 billion paid this year, therefore, will reduce this total. Abreu, however, preferred not to anticipate how the indebtedness was. Today, after the market closes, the company will release the balance sheet for the first quarter and these data will become clearer. The executive only explained that a simple subtraction is not possible, because there are several exchange adjustments that need to be made.

Despite the good news, there remains a concern among investors about the volume of debt that the company still has. Abreu is clear that this remains an important point, as much as the execution of the operation from now on.

When Oi filed for bankruptcy protection six years ago, it announced R$65 billion in debt that was listed in the process. There are many people who erroneously claim that commitments, therefore, have not even been halved. But what these investors forget is that more than 50% of the company’s debt, at the time, was in foreign currency. At the current exchange rate, the maturities of that moment would be equivalent to approximately R$ 85 billion. This would be Oi’s pre-judicial recovery photograph.

Therefore, after six years, it is as if Oi had managed not only to maintain, but to accelerate, the investments and still resolve about R$ 50 billion in liabilities. These aren’t exact numbers, but they give an order of magnitude better to keep in mind before making hasty judgments.

Now, lighter, focused on digital services and no longer on building infrastructure, Oi’s investments will decrease considerably. In the last two years, especially to accelerate fiber coverage, Oi has invested between R$7 billion and R$8 billion per year. According to Abreu, the annual average from now on should be reduced by approximately 80%, which puts the company at an annual investment level of approximately R$ 1.5 billion.

“We finally have the perspective of being cash generators in the medium term”, he says, explaining that this means within approximately two years. Furthermore, the company’s trump card to face the issue of indebtedness is the minority stake in V.tal, which after the final adjustments to the contract stood at just under 35%. The plan is for V.tal to go public, which will allow Oi to monetize this asset and thereby improve its capital structure.

Abreu, in the interview, reiterated that the choice to remain a shareholder is related to the expectation of greater use of the fiber network — than if it stayed within Oi and the investment had to be remunerated only for its own internal use. As a neutral network company, V.tal will sell access to its infrastructure to several other companies, in addition to Oi itself, which is the anchor contract of the business. At birth, V.tal debuts with a valuation of around R$ 20 billion. The belief is that the business may even double in value in the coming years.

A new giant at B3

For those who believed that Oi had been sliced ​​up in the judicial recovery and had doubts about what would be left, it is good to say that the company is reborn as a business with annual revenue of R$ 10 billion. “It is not the future, it is now”, emphasizes Abreu.

The company is expected to have an Ebitda margin of around 20%. In the final adjustment of the contracts for the transaction of V.tal, which is controlled by a private equity fund managed by BTG Pactual (from the same controlling group as Exame), Oi negotiated to keep the management of the client house in fiber access. In practice, it means that both the investment in the devices for installing the service, as well as all service and management, remain with the original company.

Abreu explains that this should make Oi’s margin a little higher than the 20% previously given as guidance. “It is not a change of magnitude. It’s more of a directional adjustment. We will communicate this to the market with the next balance sheet.”

The financial result of what will be this new company, however, should only gain visibility from the second half of the year. This is because the transaction for the sale of the cellular operation was concluded (financially) only in April and the sale of the fiber in this month.

What is the new Hi

Abreu’s plan is to take the company to the position of largest fiber in Brazil — not in terms of network, which is now owned by V.tal, but in terms of number of customers. Currently, the company has nearly 4 million broadband users on this technology. When it delivered the BTG Pactual fund to the network, it had approximately 16 million homes passed with fiber – that is, households where the network is available for contracting.

In practice, it means that the CEO’s goal of achieving network utilization, before selling it, of the order of 25% has been achieved. From now on, the company will increasingly focus on differentiating its customer service. The way to achieve this is to focus on the quality of service and also on new products and solutions, always with a digital and technological profile.

Already debuting this new life, at the beginning of June, the company launched the FTTR service, which allows broadband customers access to fiber throughout the home, regardless of drilling holes in the wall or cleaning ducts.

“Just as by creating V.tal, we opened space for other companies to offer services on our old network, which brings competition, we conquered the right to sell new products and services, through partnerships”, emphasizes Abreu, pointing out that the offer may now be accompanied by a series of new solutions, such as financial and education, among others.

The corporate solutions front will be another major source of attention. The base of these customers already brings about R$ 3 billion to the company per year. “We are the largest in corporate services and our offerings are already increasingly adapted to our new reality, with an increase in IT components, such as security, cloud management, big data”, explains the CEO.

An example of how this front should advance is the contract with the Bahia Public Security Department, announced a few days ago. Oi will manage a private mobile network for the state agency, within a project that includes monitoring centers, artificial intelligence, license plate and facial recognition, among others.

The end of Oi’s judicial reorganization process results not only in a different company, but in a different sector. The creation of V.tal, with a truly neutral fiber network, and the emergence of a company of digital solutions and connectivity with national operations, this new Oi, will shake up the design of what until now was called the “telecommunications” sector. ”.

Multilog makes one other acquisition and anticipates the billion…