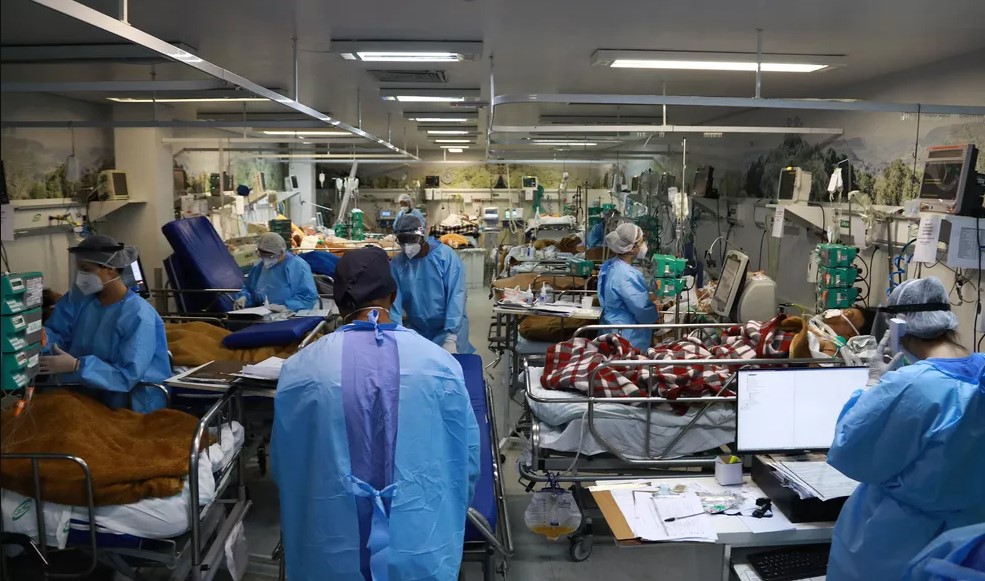 Nursing wage ground: perceive the potential impacts of the regulation suspended by the STF

The center of the debate lies in the equation between the valuation of professionals in the area and the financial impacts for health institutions, states and municipalities.

The Federal Supreme Court (STF) suspended the law that created the minimum wage for nursing professionals.

The Court’s judgment, which ended on Thursday (15), followed the individual decision of Minister Luís Roberto Barroso, earlier this month, in response to a lawsuit filed by the National Confederation of Health, Hospitals and Establishments and Services (CNSaúde).

The new legislation- that remains suspended – establishes the national salary floor for nurses, nursing technicians, nursing assistants and midwives, that is, the minimum amount to be paid to these professionals.

The floors established by law are:

In that scenario, the g1 heard experts in public budget and health to analyze possible impacts of the law (check more below).

What is the discussion?

The focus of the discussion is on the equation between the valuation of nursing professionals and the financial impacts for health institutions, states and municipalities.

The sources of funding are also discussed – that is, where this money will come from. It is one of the highlights that Barroso considered in the injunction that suspended the immediate application of the law.

For the minister, the National Congress and the federal government did not “take care” of this point, and gave a period of 60 days for public and private entities in the health area to clarify the financial impact, risks to employability in the sector and possible reduction in quality. of services.

What the entities involved argue

In favor of the floor:

The Federal Nursing Council (Cofen), the National Health Council (CNS) – linked to the Ministry of Health – and unions of the category consider the approved nursing floor “economically viable”.

A study prepared by the Inter-union Department of Statistics and Socioeconomic Studies (Dieese) and cited by the entities points out that, currently:

Regarding the reflexes of the law, the study indicates that:

The study does not, however, address where the funds for these additional payments would come from.

CNSaúde, the Confederation of Santas Casas de Misericórdia, Hospitals and Philanthropic Entities (CMB) and other entities in the sector claim that, with the impacts of the law, payrolls will grow, on average, by 60% – which, according to themcan cause:

The CMB, which represents philanthropic hospitals, foresees an increase of more than R$ 6.3 billion per year in the costs of institutions.

The National Confederation of Municipalities (CNM) released a study that points to an impact of R$ 10.5 billion per year. Therefore, the entity provides:

After the preliminary decision, Minister Barroso met with the president of the Senate, Rodrigo Pacheco (PSD-MG), to discuss an exit.

The meeting was closed to the press and, according to material released by the STF, three funding possibilities for the nursing floor were raised:

Where to get money?

Economist and researcher at the Institute of Applied Economic Research (Ipea) Carlos Octávio Ocké-Reis, specializing in Public Health, is in favor of floor application.

He points out that, among the costing alternatives raised by Pacheco and Barroso, the exemption of the sector’s payroll is not a sustainable solution.

“It is essential to foresee new fiscal and financing rules for the SUS, which are capable of reversing the current situation in which, despite having a universal and integral system, more than half of health expenditures are private in Brazil”, he explains.

Ocké-Reis points out that the 2023 Annual Budget Law Project (PLOA) took control of about R$10 billion of the budget from the SUS, “since a portion of the health floor is allocated in the rapporteur’s amendments”.

“In this way, I defend that, in an emergency, these ‘secret budget’ resources are transferred from the Union to states and municipalities to pay for the nursing floor”, he says.

The expert points out that the Union has been reducing its participation and, today, accounts for only 42% of health expenditures, overloading states and, especially, municipalities, in the allocation of resources to the SUS.

For the specialist, there is a “poorly regulated” health plan market, despite laws and institutions for this purpose.

For Ocké-Reis, philanthropic organizations currently work in a similar way to the private sector, “maximizing profit”, “driven by private interests” and “increasing inequalities in access and use of the public health system”.

“In this way, we need to strengthen the State’s participation in the SUS network, not least because the philanthropic network was taken over by corporations, serving as a material and technological basis for medical ‘entrepreneurship’ through the double doorway”, he says.

Professor Matheus Delbon, coordinator of the Cities Manager course at Fundação Armando Alvares Penteado (FAAP), despite being in favor of valuing health professionals, questions the measure as it was taken.

For the specialist, the application of the floor can indeed result in readjustment in health plans and layoffs.

“[As instituições] they will stop to think of ways to reduce staff, to be entitled to the new payments”, he says. “It can generate an even worse level of work, although better paid.”

He also warns of the retraction in investments by the private sector. “In the medium term, it is extremely harmful, including the depletion of activity. People who think about opening a clinic or a hospital go to other areas of investment, which can generate a shortage in the offer of the service.”

Technically, it is very easy to declare the law unconstitutional, according to Delbon. “You are increasing expense without identifying income,” he says, adding that “there is no magic formula.”

“If you correct the SUS table, it will drain resources from other areas. Then there will be a budget war. If you work with payroll tax relief, the social security deficit will increase, having to increase, in a few years, the age to retire. Or, then, encumber another sector”, explains Delbon.

For the specialist, in the long term the salary floor may be delayed amid inflation, which can be bad for the category. He also points out losses for the system as a whole.

“Investment resources are going to drain into the payroll. This will decrease the investment grade and, in the medium term, there will be a precariousness of the health system”, he continues.

As an alternative, the professor signals an appreciation in the medium or long term, but which preserves the investment capacity of hospital entities.

“Another way to increase wages in the medium term is to increase supply. If you expand the offer of hospitals, the best professionals begin to be disputed. So, this increase comes a lot from supply and demand”, he says, adding that the creation of the floor, being a non-linear increase, will harm new professionals in entering the job market.

Professor Rudi Rocha, from FGV-EAESP, favorable to the valorization of professionals, it also alerts to the regional distortions of the floor.

“Brazil is very heterogeneous. The job market for health professionals is completely flexible”, he says, adding that when a fixed floor is established for the entire country, distortions naturally arise.

“The floor, in a certain location or for a certain institution, will not make the slightest difference. Eventually, for others, there will be a feasible readjustment. For others, there may be a great burden in terms of costs”, he says.

He refers to remote regions that, eventually, already pay more than the minimum wage, precisely to retract these professionals.

“Therefore, the same ruler for the entire country can be unfair to nursing professionals who should receive even more than that, given the location”, he concludes.