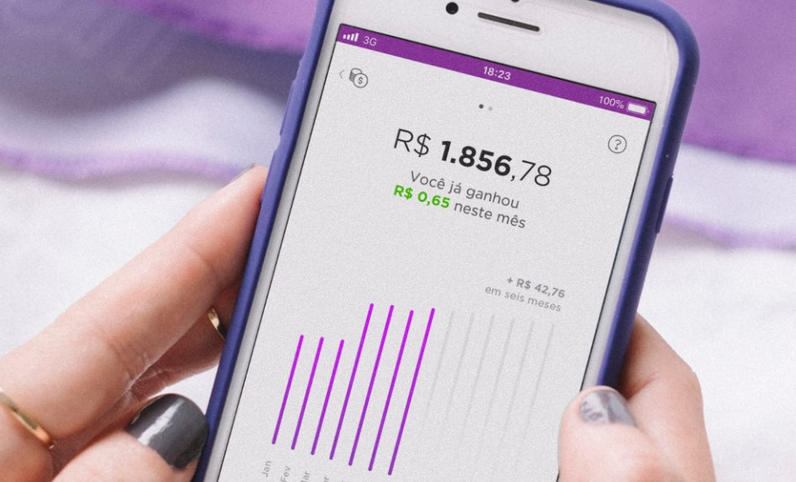 Nubank changed the automatic income of its digital account and launched a new investment tool – two measures that will help the bank to reduce its funding cost in the medium term.

From now on, the new deposits made in Nu’s accounts will continue to be remunerated at 100% of the CDI, but the remuneration will only apply from the 30th day onwards, retroactively.

In the model that was in force before – and which will remain valid for resources that are already in the accounts – the remuneration of 100% of the CDI was daily. With the change, in practice Nubank no longer has funding costs on deposits withdrawn before 30 days.

At the same time as announcing this change, the purple bank released a new financial planning tool in its app, which it called “boxes”.

The “boxes” allow customers to distribute their resources between different goals: emergency booking, travel, home renovation or any personal goal – users will be able to customize them.

For the money that is in the “box”, Nu will offer different investments depending on the deadlines and objectives.

In the “boxes”, the money will continue to yield daily, unlike what will happen with the funds that are in the account – probably an incentive for the depositor to reveal their plans, increasing Nu’s knowledge of the client.

In this way, the “boxes” will reduce the cost of funding by attracting money that was sitting in the account for a bank investment product; the expectation is that Nu will also increase its offer of products.

For Itaú BBA, optimizing funding costs is essential for Nubank, which wants to compete with large banks in less risky retail credit portfolios. Analyst Pedro Leduc estimates a potential increase of around 15% for Nubank’s net income in 2026 if the adoption of the tools is successful.

The analyst estimates that between 40% and 50% of Nubank’s time deposits are redeemed in less than 30 days.

For him, the main risk to be monitored is whether the client will be dissatisfied with the change in remuneration, since “the daily yield of 100% of the CDI for time deposits was fundamental for Nubank to attract its clients,” wrote Pedro , considering that reduced yields can lead to losses in deposits and engagement.

For BTG, the change will not generate noise with customers, since when deposits are withdrawn within 30 days, the incidence of IOF is high – ranging from 96% to 3% over time.

Analysts Eduardo Rosman and Ricardo Buchpiguel think the measures could be the kick-off for Nubank to expand its penetration in investment products, while reducing the cost of funding.

BTG estimates that a 10 percentage point reduction in the amount Nu spends on daily deposit remuneration could generate a pre-tax gain of $250 million, or 15% of Nu’s estimated gross profit this year.

The “boxes” will be accessed first by a select group of customers and should be released to the entire base by September.

Future of ecommerce in Brazil is positive, but the…

In Brazil, around 70% of online commerce volumes come from electronics sales. Brazilian ecommerce is expected to exceed R$500 billion in…

Bolsonaro said he had already talked to the Minister of Economy, Paulo Guedes, for the readjustment of the aid from R$…