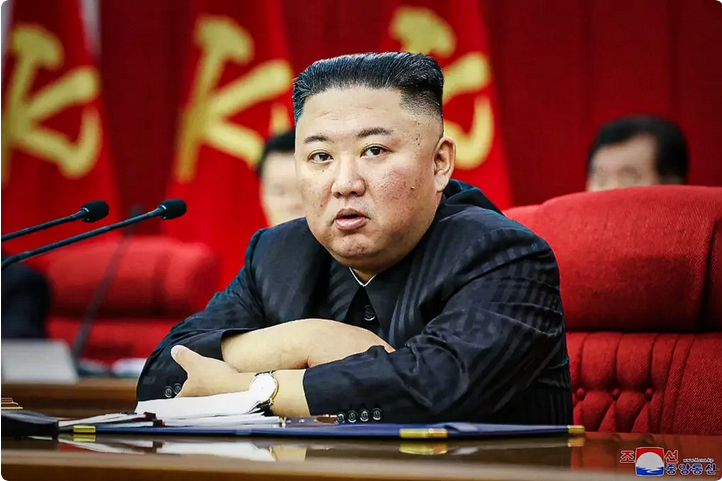 North Korea’s armed forces are “prepared” to face “any military confrontation with the US”, Kim added.

North Korean leader, Kim Jong-unstated that the country is prepared “to mobilize” its nuclear forces in the face of any possible military threat from the USA and South Korea. “Our country is ready to mobilize its absolute power reliably, accurately and quickly in accordance with its mission,” Kim said in a speech on Thursday, according to the Korea Central News Agency.

The North Korean Armed Forces are “prepared” to face “any military confrontation with the US”, Kim added, addressing Korean War veterans during the celebration of “Victory Day”.

In June, the US and South Korea threatened a “fast” response with more sanctions and even a review of the US “military position” in the event North Korea conducts a new nuclear test.

This week, the US military conducted live fire exercises with Apache attack helicopters in South Korea for the first time since 2019.

The North Korean leader also criticized South Korea’s new conservative president Yoon Suk-yeol, who took office in May and vowed to be tougher on his northern neighbor. “Talking about military action against our nation, which possesses the absolute weapons they fear the most, is absurd and is a very dangerous self-destructive action,” Kim said.

“Such a dangerous attempt would be immediately punished by our mighty force, and Yoon Suk-yeol’s government and his army would be annihilated,” Kim threatened, adding that the South Korean government is led by “gangsters”.

This was the first time in North Korean state media that Kim had referred to Yoon by name. The South Korean president’s office in a statement expressed “deep regret” over the comments, adding that South Korea was ready to respond to its neighbor’s provocations. Yoon also urged Pyongyang to return to nuclear disarmament talks, stalled for about four years.

Kim has intensified his provocations this year as US attention has been diverted to Russia’s invasion of Ukraine, firing a record number of ballistic missiles and showing signs it could carry out its first nuclear test since 2017.

“North Korea’s nuclear and missile programs violate international law, but Kim Jong-un is trying to present his destabilizing weaponry as a fair effort in self-defense,” the expert said.

Gustavo Estrella, CEO of CPFL Energia, says in an interview in the UOL Líderes series that the world will hardly escape…