New nursing flooring may result in wave of hospital takeovers

The appetite for purchases tends to be greater in metropolitan regions, where the concentration in the hands of a few groups has been growing in recent years. In Rio, for example, only 30% of hospitals are independent, points out Marcus Quintella, president of the Hospitals Association of the State of Rio:

— Small and medium-sized hospitals don’t have the money to pay the new salaries or to lay off workers. And they don’t have credit. The big chains end up buying them for the value of the debt. In fact, more than 70% of hospitals have debts in excess of their equity value. In metropolitan regions, large groups will take over.

The creation of the floor was sanctioned by the President of the Republic, Jair Bolsonaro, in early August, which makes this week decisive for the sector, since the first payment with the new salary would be in September.

According to Francisco Morato, president of the Brazilian Federation of Hospitals (FBH), 70% of small and medium-sized hospitals cannot absorb the impact of the new floor, estimated at R$ 16 billion, considering the sum of private, public and Santa Casa units.

The sector, he points out, has debts in the region of R$ 70 billion with federal taxes and many hospitals may close their doors. Guilherme Jaccoud, president of the Federation of Hospitals and Health Services of the State of Rio de Janeiro, highlights that although the large networks also have losses with the new floor, they are capitalized:

— Isolated hospitals have nowhere to go. If everything continues as it is, they will break. And these groups will still buy them cheaper. The vision of these groups is opportunistic and predatory.

In addition to the greater concentration of the sector, the new floor tends to leave small and medium-sized hospitals more fragile, which can lead to problems in health care, especially outside the Southeast Region.

— In states in the North, Northeast and Midwest, even large hospitals can be affected, as the difference is greater between the regional and national levels established by the new law. Nobody leaves unscathed. But the fact is that small and medium-sized units find it more difficult to negotiate, to pass on costs. The large networks adjust themselves by force — ponders Breno Monteiro, president of CNSaúde, the entity responsible for the ADI.

In a survey carried out with 2,511 health institutions in the country, 51% said they will have to reduce the number of beds in front of the new floor and 77% said they will lay off the nursing staff. Another 59% will cancel investments.

The survey was carried out by CNSaúde, in partnership with FBH, Confederation of Santas Casas de Misericórdia, Hospitals and Philanthropic Entities (CMB), National Association of Private Hospitals (Anahp) and Brazilian Association of Diagnostic Medicine (Abramed).

For Morato, from the Brazilian Federation of Hospitals, the verticalization of health is a concern. Even because, 57% of the services provided by the Unified Health System (SUS), he highlights, are carried out by the private network:

— Brazil cannot afford to be without small and medium-sized hospitals.

For the holy houses and philanthropic institutions — which in 825 Brazilian municipalities have a single hospital available — the new floor could be a shovel of whitewash on some services for which they were unable to close the accounts, given the lag of the SUS table, which covers between 40% and 60% of the costs, depending on the procedure.

With a legal obligation to have at least 60% of care dedicated to the SUS, these hospitals concentrate from 80% to 90% on the public system’s clientele.

The sale to large chains, as happened last year with Santa Casa de São Paulo, purchased by Rede D’Or, may be a way out for some units that are in large centers, but the solution is not viable in areas with little commercial attractiveness . In the last decade, more than 500 institutions have closed.

— The harassment of large networks is a fact, but it is not good for the SUS, as it disrupts assistance — says Mirocles Véras, president of the CMB.

Frei Paulo Batista, a member of the Administrative Council of the Associação Fraternidade São Francisco de Assis na Providência de Deus, which has 72 health and assistance services in seven states of the country, says that there is always harassment from private networks, interested in units in more attractive areas. from the market:

— There are always proposals, especially for areas of great profitability. But there is no interest in the hospital boat that serves the riverside community or in the cities of Pará where we are located and where there is only space for public or philanthropic assistance.

The new floor also weakens companies in the diagnostic medicine sector. According to Wilson Shcolnik, president of Abramed:

— Our hope is that some compensatory measure will come, such as a tax reduction. If this does not happen, companies that work in isolation are more fragile, which could generate a new wave of acceleration in consolidation in the sector.

Rita Ragazzi, managing partner of the Health and Life Sciences segment in Brazil at KPMG, defends that the sector sees this crisis as an opportunity for small and medium-sized hospitals to rethink their way of acting:

— We need to discuss the restructuring of the network, create regional models, hubs of excellence using available technologies such as telemedicine. The little ones need to think about alliances, make online purchases, digitize. Rethinking the chain is the natural way.

Romão Duarte Institution was founded in 1738, in Flamengo, and belongs to the Santa Casa da Misericórdia do Rio: for Santa Casas, a new floor can be shoveled over services for which they could no longer close the account — Photo: Alexandre Cassiano / Agência O Globo

For Adriano Londres, from the consultancy Arquitetos da Saúde, there is a question of scale that is difficult to overcome by small and medium-sized hospitals, but that is not all:

— There are problems of management, efficiency. Networking, in a niche, can be a path. Small and medium will not disappear, but they need to think the way to survive.

It was as a survival strategy, in the face of the arrival of large networks in the city, such as Einstein and Mater Dei, that the G-500 was created last year, which brings together five hospitals in Goiânia — Criança, Coração, Acidentados, Santa Monica and Her Maternity.

The movement is in the first stage of a process that will culminate in the merger of the units. A shared services center has already been created, which will guarantee savings of R$ 5 million in energy.

— We have to act in order to acquire scale in purchase, training, marketing. It’s a path of no return,” says Haikal Helol, director of Santa Monica Hospital, one of the G-500 hospitals.

The reporter points out funding sources

It was the National Confederation of Health, Hospitals, Establishments and Services (CNSaúde), which took the issue of the nursing floor to the Federal Supreme Court on the grounds that it lacked legal maturity and that the analysis did not go through Senate committees.

— We saw this project pass without due consideration or discussion because it is an election year, because Congress has this paternalistic bias, of responding to the cry of a certain group such as nursing, without thinking about the consequences, which are knocking on the door. On the fifth working day of September, there will be two paths: either close the doors or break the law, because there is no recourse. There are very few health units in this country that would be able to afford this salary floor,” declared the president of CNSaúde, Breno Monteiro.

Rapporteur of the project in the Chamber of Deputies, Carmen Zanotto (Cidadania-SC) refutes the arguments, citing funding sources already presented. Among them is the regulation of gambling, currently in the Senate, which would help fund philanthropic hospitals and health services in states and municipalities.

Another is the exemption of the payroll in the health area, which would help the private sector and non-philanthropic hemodialysis clinics that serve the Unified Health System (SUS) to compensate for the amount spent on the new floor. There is no provision, however, for these proposals to be voted on in Congress.

— The House and Senate need to vote on matters already presented or other legislative initiatives that may face the financial impact. You can’t imagine hospitals closing,” said the federal deputy, who is a nurse.

The ladies who lead the nation’s strongest networking teams

The president of Magazine Luiza’s board, Luiza Trajano, is at the head of the Mulheres do Brasil group, which goes well… 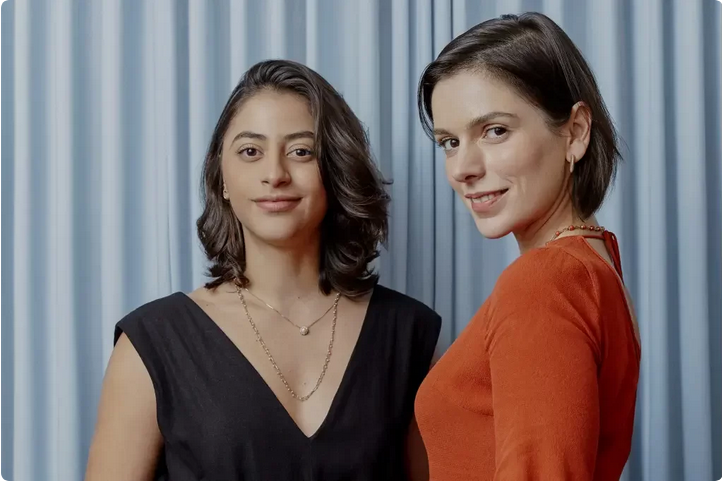 Femtech that operates in the female intimate and sexual health market, Feel & Lilit grows with financial resources coming predominantly from…