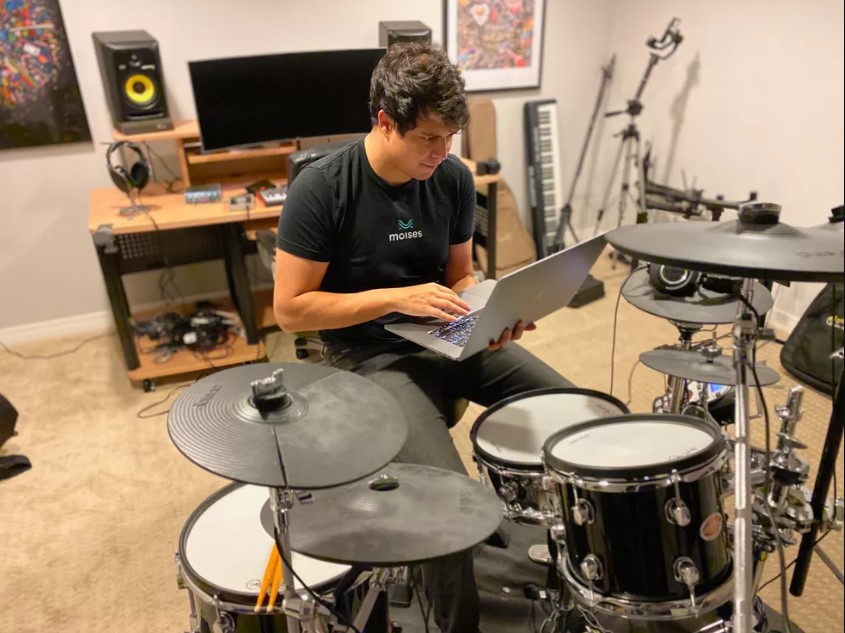 Named Moises in allusion to the biblical passage that narrates the miracle of the separation of the waters of the Red Sea by the Old Testament prophet, the initiative has already been successful in the first month, gaining 50 thousand users. The reception encouraged Ramos to dedicate himself fully to the project, leaving his work at Plural Pluralsight to explore the economic potential of artificial intelligence in music.

Since then, the Moises app has only grown, arousing the interest of well-known musicians. Without access to an original recording by Beth Carvalho, producer Alexandre Kassin — who has worked with musicians such as Los Hermanos, Caetano Veloso and Nação Zumbi — used the startup’s technology to isolate the voice of Visual, a samba re-recorded by his daughter Luana Carvalho in a disc in honor of the mother.

With the support of investors, Moises wants to go beyond the music separation algorithm (with the initial success of the business, the startup had already left Deezer’s open source and developed its own algorithms) and has just capitalized on it. .

Moises raised $8.65 million in a round led by Monashees and the Kickstart Fund, a Utah fund manager that previously led the $1.6 million pre-seed round raised last year. The investment in the startup founded by Ramos also attracted two funds that they know from venture capital in music: Norwest and Goodwater, funds that invested in Spotify in the early stage. The Moises round also includes the participation of Toba Capital and Alumni Ventures.

In the round, the startup also received an investment from Valutia, a venture capital fund focused on entrepreneurs in the Northeast region. In addition to Ramos, who started his career in João Pessoa at the age of 16 when he created a website hosting company, Moises has a team of two other co-founders born in the region: Eddie Hsu (COO) and Jardson Almeida (chief designer officer ).

“We will continue to invest heavily in the Brazilian Northeast,” Ramos told Pipeline. Most of Moises’ employees, which already has a team of 50 people, are based in João Pessoa and Recife. For a startup that aims to be global — the US is the main market, with around 30% of users — the base in Brazil is a competitive factor. For exchange rate reasons, development on national lands is cheaper.

With 20 million people registered on the app, with 3 million active users and about 100,000 subscribers to the premium version, Moises still has its flagship feature in the separation, but has already launched new tools. One of them is an algorithm that detects the chords of a song and prepares the launch of a composition assistant that uses artificial intelligence to help create the lyrics.

“You can select the mood of the song to have lyric suggestions. The idea is to empower people’s creative potential through technology and not trade them for AI. It supports the musical community”, emphasizes the founder of Moises.

With the funds from the round, the startup will invest more in development — Moises makes many partnerships with universities that do research with technology applied to music —, expanding the team. The money will also be used in marketing, for user acquisition.

Rappi raises the tone in grievance in opposition…

Digital operator founded by ex-Stone group has already raised BRL 17.5 million since the foundation of the startup Nomo, a Brazilian…

NotCo raises over US$ 70 million and attracts founding…

Over the past three months, NotCo’s founders have met with the company’s board. On the agenda was the discussion of whether…