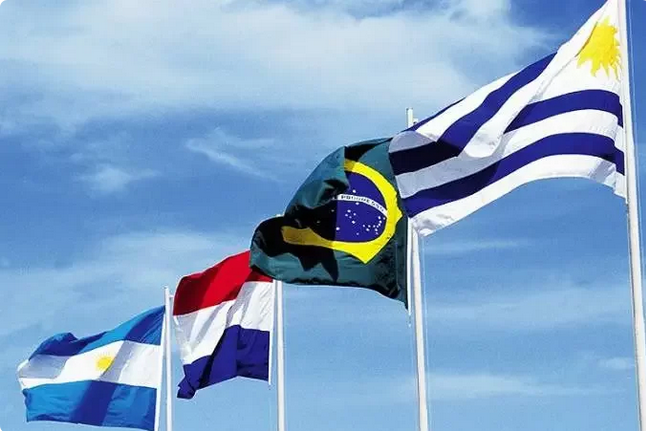 the president of ArgentinaAlberto Fernández, proposed for the first time, this Thursday (21), that the Mercosur jointly analyze a possible free trade agreement with China, given the progress of Montevideo’s negotiations with Beijing, during a summit meeting in Asunción full of appeals to maintain the unity of the bloc.

In a tense geopolitical context in the world, Mercosur is going through its own period of internal turmoil since Uruguay decided to negotiate a trade agreement alone with the Asian country, given the lack of progress in the treaty negotiated for more than two decades between the South-South bloc. American and the European Union.

Uruguayan President Luis Lacalle Pou said that “the small progress made in negotiations with the European Union, a natural, historic and future partner” for Mercosur, causes him “anxiety and uncertainty.

Lacalle Pou and his Argentine counterpart, Alberto Fernández, have had sharp differences in recent years in the face of Buenos Aires’ refusal to allow Montevideo to negotiate alone with third countries.

Mercosur, which encompasses around 300 million inhabitants, includes Brazil and Paraguay as full partners, and has as a rule that trade negotiations be carried out as a block, and not individually, unless there is the consent of all the parties involved. members.

While Brazil has moderated its position on this controversy, Argentina remains adamant. “Why don’t we launch the agreement with China together? Why don’t we evaluate it together? This agreement will be much stronger that way”, proposed Fernández, referring to the advances announced by Lacalle Pou before the Asunción summit on his country’s negotiations with China.

The Argentine president mentioned the trade agreement reached between Mercosur and Singapore, the group’s first with a Southeast Asian country, with a clear allusion to the path taken by Uruguay with China. “Let us not be deceived by the idea of ​​seeking individual solutions. Mercosur must live for a long time. It must live forever,” said Fernández.

In the face of his Argentine counterpart’s speech, Lacalle Pou assured that his country has full intentions of inviting Mercosur partners to participate in negotiations with China, but at a later stage. And he warned that if Brazil, Argentina and Paraguay decide not to participate, Uruguay will go ahead anyway.

“It is clear: the coasts are much wider with Mercosur. In just a few days, our teams [de Uruguai e China] will be joining together to begin treaty negotiations with China. Certainly, as soon as we advance in this stage, the first thing we intend to do is talk to Mercosur, to see if we will all go together”, said the Uruguayan president.

“We will speak with the partners and we will invite them”, he emphasized. Otherwise, “Uruguay will advance. We have the peace of mind that this does not violate, erode, or cause disruption in our organization. Mercosur will continue to exist. We understand the other countries, but we ask for understanding in this case,” she insisted.

The head of state of Paraguay, Mario Abdo Benítez, host of the summit, also made an appeal for the maintenance of unity.

“The critical global conjuncture demands that we focus, more than ever, our energies on adopting a posture of joint and shared policies, which make it possible to satisfy the needs of our peoples”, he stressed. The global economic crisis “demands, more than ever, spaces like Mercosur”, highlighted Benítez.

This Thursday’s summit in Asunción is the first to be held in person since the beginning of the Covid-19 pandemic. President Jair Bolsonaro did not attend and sent a video message.

At the meeting, Lacalle Pou officially received from Abdo Benítez the rotating presidency of the group for the next six months.

Euro remains pressured towards parity with dollar despite…

Bayer expands the number of executives leading the…

OneBlinc, the ‘challenger bank’ that received…

Argentine producers hold back soy with…

Way forward for ecommerce in Brazil…

Ceiling was pierced within the context…