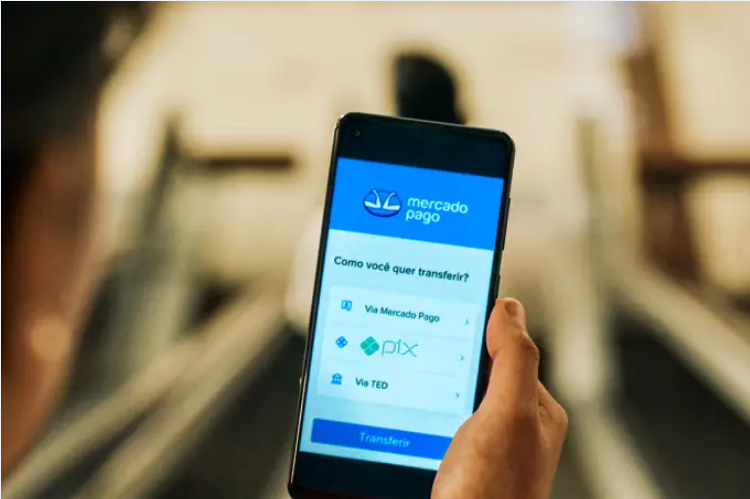 Meli: Mercado Pago’s technique to be acknowledged as a digital financial institution

Mercado Pago, the fintech of Mercado Livre, wants to leave the image of a means of payment behind and consolidate itself as a digital bank. This is the synthesis of the message ofPethra Ferraz, vice president of marketing for Latin America, in her first interview in the new position – assumed in January of this year. The recipe to coordinate this turn in the eyes of the consumer involves a truckload of investments in advertising: in Brazil, the fintech will run a new campaign in September. Marketing is the area’s biggest budget for the year, but the exact numbers are company secret.

There is still no exact date set, what you can say is that they will be videos focused on reinforcing that Mercado Pago offers complete solutions to meet everyone who needs a bank. To get the idea off the ground, easy-to-understand narratives should have a voice when explaining concepts such as CDB, account income and especially credit. In the latter, for example, the use of the loan tool to buy a blouse and take a look on social networks will be related.

“Mercado Livre fintech is a term that a lot of people don’t understand, don’t know. Now, this was the way we found to bring transparency to what we do and to tell this story to as many people as possible. It is something that certainly meets our objective of growing at an accelerated rate in the coming years”, says Ferraz, to the EXAM IN. The executive does not bring any number for the parameter, but is limited to stating that the plans do not include slowing down the pace seen so far.

The ‘foot on the accelerator’ becomes clearer taking into account the results of Mercado Pago so far. The vertical was born almost 20 years ago within the company to solve a commercial transaction problem: before it, it was necessary for the buyer and seller of Mercado Livre to communicate and decide between themselves which means of payment would be used. With the problem resolved, the business unit remained with this unique and exclusive role until 2011. It was the year that the company saw the opportunity to remodel itself to offer the payment processing service to other digital retailers. Everything remained that way until 2015, when Mercado Pago entered the POS segment and launched its own application — which would become, today, a complete checking account.

In order not to lose the thread in the midst of so much news, Túlio Oliveira, vice president of Mercado Livre and leader of Mercado Pago in Brazil, told Exame IN in March this year that the DNA of a technology company supports testing and wrong hypotheses quickly. “We have a platform of millions of customers and a lot of information. We are able to process this information and identify risk profiles and purchasing behavior, which many of our competitors do not have. In addition, Open Finance gives us security to improve these models more and more”, said the executive. This combined potential, including between Mercado Livre and Mercado Pago, is what makes him emphatic in emphasizing that there are no plans for the financial vertical to follow a separate path from that of the parent company. “We are stronger together”.

Which doesn’t mean, however, that Mercado Pago can’t get bigger than Meli itself over time. Today, analysts’ estimates indicate that a third of the value of the e-commerce company, which closed yesterday valued at US$ 44 billion on Nasdaq, already comes from the payments company. In Brazil, almost half (48%) of revenue comes from the financial vertical, according to Ferraz.

The robustness of growth over time allows the company to move forward. More than that. At a time when digital bank fintechs are striving to convince the market of their own risk management and are trying to gain scale to improve margins — Nubank and Inter may say so — the timing for the new campaign looks like a golden opportunity.

Going into the details of the pieces, it is possible to differentiate a different objective for each country in which the advertising is present, replacing the vertical pattern of having a single campaign for the whole of Latin America. While in Brazil the focus will be on showing products and ensuring that Mercado Pago has everything a digital bank needs, in Argentina the effort will be more to maintain the brand’s leadership with a local bias and to reinforce the company’s pioneering spirit. Finally, in Mexicoyou can say that it is quite a challenge: to convince the majority of the population that digital money is as safe as physical money, still used by more than 70% of the population to make payments.

The objective is to win over clients with a lot of focus and parsimony, according to Ferraz. Asked about the possible increase in default, the executive highlights the same argument brought by the head of the Brazilian division in March: conservative credit models so as not to lose the hand of profitability in the midst of accelerated growth. It is worth remembering that, in July of this year, Goldman Sachs granted US$ 233 million in a line of financing precisely on this front within the company, a capital that followed the US$ 375 million from Citibank in 2021 and another R$ 400 million in 2020 also coming from Goldman.

In the results of the second quarter, Mercado Livre gave some dimension of the security of this avenue of growth to shareholders. The credit portfolio $2.7 billion, it is 230% higher year-on-year, mainly driven by credit to individuals (it was US$ 427 million in the second quarter of 2021 and increased to US$ 1.4 billion in 22). Today, there are 38 million unique users on the platform, an increase of 26.3% over the previous year.

Faced with such growth, the company highlights in the report that the credit model is highly automated and that the company offers credit to 10 million users with an average exposure of US$ 150 per person. In addition, the loans are of short duration, which allows for equally quick adjustments. Going straight to the numbers, total overdue payments in the second quarter were $666 million, 62% higher than the same period last year. In other words, so far, the company is managing to grow sustainably.

In addition to the services of credit for individuals and companies (Meli customers), the company has developed a series of products especially in the last two years: digital loans, insurance, corporate benefits and, recently, crypto assets. “Since 2019, when we obtained the payment institution license, we have been at a super accelerated speed of product development. In the last 24 months, more than 40 were made available to the market and this year alone there were nine. We have a complete, robust portfolio that can meet all the needs of any client who needs a relationship with a financial institution”, says Ferraz.

The most recent innovations released to the market, in tune with the concept of Web 3.0, include the Coin Market, the company’s own cryptocurrency developed in partnership with Ripio, in addition to personal accident insurance that costs between R$12.19 and R$46.35, and CDBs that yield 150% of the CDI. In a more direct comparison of the Mercado Pago account with that of other fintechs, Meli’s vertical did not increase the account’s profitability percentage, but also did not leave daily liquidity aside — a strategy adopted by other fintechs especially this year.

Faced with so much focus and launches, the day when Mercado Pago will be bigger than Mercado Livre is getting closer.

China determines confinement of tens of millions of…