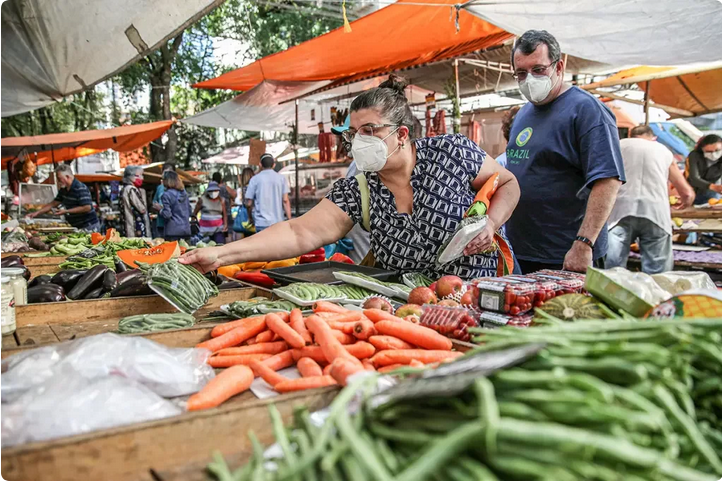 The median for the high IPCAthe index of official inflation, for 2022 continued to lose steam in the last week, while estimates for 2023, the current focus of monetary policy, continue to move away from the ceiling of the target for next year. according to the Focus Bulletin, the projection for the IPCA for 2022 went from 7.96% to 7.67%, while the estimate for 2023 rose from 5.01% to 5.09%. A month ago, estimates were 8.50% and 4.70%, respectively.

Even with the reduction in the projections for this year, the estimate remains well above the ceiling of the target (5.0%), configuring the second consecutive year of disruption of the BC’s main mandate. For the 2023 IPCA, which is rising at 14 weeks, Focus’ current expectation is also above the 4.75% ceiling.

In the June Monetary Policy Committee (Copom), the BC indicated that it aims at something closer to the center of the target than its current projection for 2023 (4.0%). The Focus Bulletin released this Monday also shows a greater de-anchor in the median of 2024, which went from 3.25% to 3.30%, compared to 3.25% a month earlier. The forecast for 2025, in turn, remained at 3.00%, the same level as four weeks ago.

Financial market economists already expect a deflation in the IPCA in July, with the estimate changing from a high of 0.06% to a drop of 0.28%, according to the Market Focus Report. A month earlier, the projected percentage was up 0.50%.

Projection of the Focus Bulletin for GDP

Data also showed today that the forecast for the indicator that measures the ratio of net public sector debt to GDP for 2022 remained at 59.00%, down from 59.80% a month ago.

Selic in the Focus Bulletin

In the June Central Bank Monetary Policy Committee (Copom), the Selic rose from 12.75% to 13.25% and the collegiate indicated a new increase of equal or lesser magnitude than in June (0.5pp) for the August. In addition, in the minutes, the Copom signaled that the Selic rate should remain at a “significantly” contractionary level for longer, with the objective that 2023 inflation converges to “around the target”.

Country runs the risk of bursting inflation for…