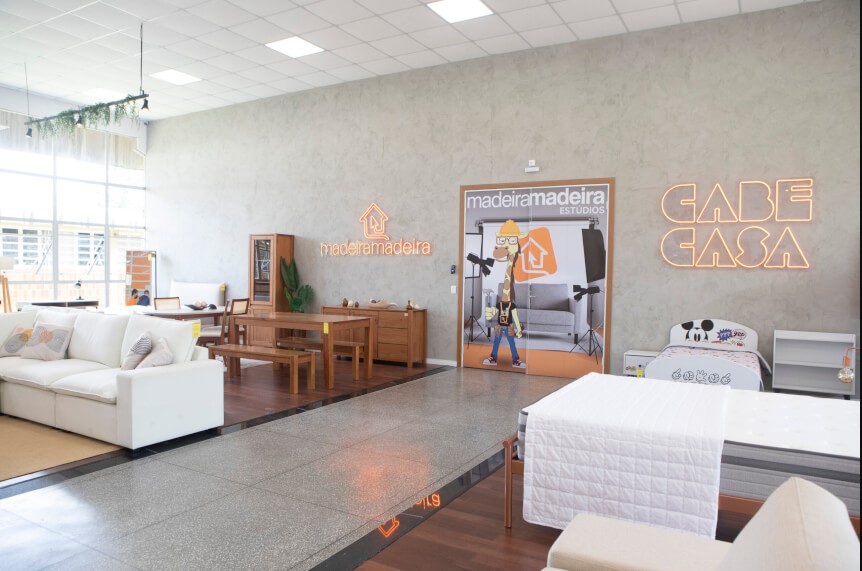 MadeiraMadeira — the largest furniture ecommerce in the country — has just acquired Casatema, a retailer that develops and sells furniture focused on children and teenagers.

The acquisition is the third by CEO Daniel Scandian and the largest in the history of MadeiraMadeira, which had already purchased iTrack last year, and IguanaFix in April this year.

The transaction dramatically increases MadeiraMadeira’s presence in the children’s furniture segment, where it had a timid presence.

So far, the market share MadeiraMadeira’s online sales in this niche was only 5% compared to the 20% it has in the furniture market in general.

With the acquisition, the share in children’s furniture will more than double, CFO Carlos Eduardo Annibelli told the Brazil Journal.

“Casatema has a very good model asset light, which is very similar to ours,” he said. “They have the know-how of the development and intellectual property of the products they make, but they do not manufacture, they have everything produced with registered manufacturers.”

According to the CFO, Casatema is a relatively small company when compared to MadeiraMadeira, “but when we put them on our platform, the sales potential is much greater.”

Casatema already sells some products in marketplace from MadeiraMadeira — but there is potential to include new SKUs.

“In addition, we have more than 100 physical stores where we can place a show room their. We also have a much larger supplier base and a technology center for product development that they will be able to use,” said the CFO.

Casatema was founded eleven years ago by two friends who met during their MBA. The company was born with the proposal to create themed environments for children’s and teenagers’ rooms – hence the name.

The company has never made a round and has always grown with its own cash generation. The only partners are the founders Leandro Varela and Marcelo Gejer, in addition to Jorge Diego (the COO) and Nadia Varela, who takes care of the operation in the US, which is still small.

The acquisition of 100% of the capital will be paid with a mix of cash and shares, with the four partners becoming executives at MadeiraMadeira.

The transaction comes at a turning point in the venture capital market, with valuations falling and several startups having to lay off — including MadeiraMadeira, which made 60 layoffs at the beginning of the month (3% of total employees).

Carlos said the company is very healthy — with much of the $190 million it raised in January of last year still in the cash register.

According to him, the company had positive EBITDA from 2016 to 2020, but left the breakeven last year because it decided to increase investments and accelerate expansion.

Next year, EBITDA should remain in the red, according to the CFO. “But he has been improving a lot. In addition, we have a different situation from other companies because we operate with the drop shippingso everything I lose in accounting I balance later in working capital.”

At the drop shippingMadeiraMadeira operates with zero inventory, integrating itself with the suppliers’ ERP systems and buying only what has already been sold in its ecommerce. “This means that every sale I make increases my cash immediately,” said the CFO.

The result of this is that, despite the negative EBITDA, MadeiraMadeira is practically not burning cash this year.

“When there was this turn of the market, many investors called us asking what our company was. runway. I told them it is infinite… We may have a negative result, but the cash flow is very balanced.”

MadeiraMadeira had no financial advisor.

Why Chinese language progress is slowing

Europe will have ‘high levels’ of…