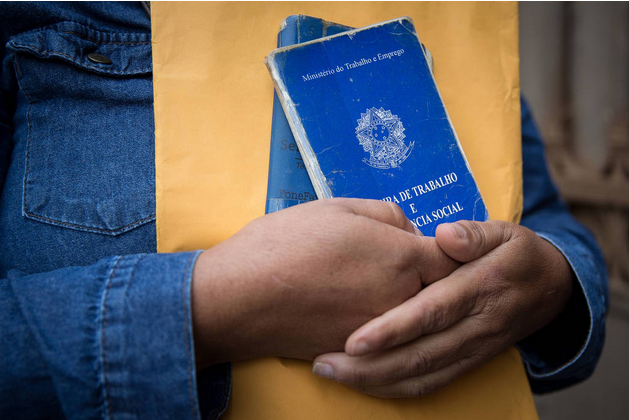 Indicator reached 62.7% in the quarter through August, according to IBGE

Even with the reopening of economic activities, the participation rate in the labor market remains below the pre-pandemic level in Brazil, according to data from the IBGE (Brazilian Institute of Geography and Statistics).

In the quarter up to August 2019, before the health crisis, the indicator was at 63.7%, according to Pnad Contínua (Continuous National Household Sample Survey). After the adoption of restrictive measures to curb the coronavirus, the rate dropped to 57% in the same period in 2020.

With the advancement of vaccination, the indicator showed signs of growth throughout 2021 and 2022, reaching 62.7% in the quarter until August this year. That is, despite the high in recent months, it is still 1 percentage point below the pre-pandemic level.

The participation rate measures the proportion of people aged 14 and over who are in the labor force as employed (with some type of work) or unemployed (looking for vacancies). Depending on the economic context, it can act as a kind of thermometer of market activity –or attractiveness–.

For economists, there is a combination of factors that can explain the current situation.

The pandemic, remember, caused the destruction of jobs. In a scenario of health restrictions, workers stopped looking for new jobs. A part of this group may not have returned to the market for various reasons.

In the quarter through August, there were 64.6 million people out of the workforce in the country. The out-of-force population involves those who were unemployed and not looking for other opportunities – the search is necessary for a person to be considered unemployed in official statistics.

In the view of economist Fernando de Holanda Barbosa Filho, from FGV Ibre (Brazilian Institute of Economics of Fundação Getulio Vargas), a portion of the most vulnerable workers may have postponed returning to the market due to the expansion of Auxílio Brasil this election year.

“People left and still haven’t returned to the job market. There may be the issue of Auxílio Brasil”, says the researcher.

Economist Carlos Lopes, from Banco BV, has a similar assessment. According to him, the expansion of the social benefit is a possible element to explain the participation rate even lower than before Covid-19.

“The second factor is that the pandemic may have caused people close to inactivity to take the initiative to stop [de trabalhar]”, says Lopes, referring to older professionals in retirement conditions.

“A third factor would be some structural change related to the period of the pandemic, which we still don’t know”, he adds.

Economist Patrícia Pelatieri, deputy director of Dieese (Inter-Union Department of Statistics and Socio-Economic Studies), assesses that the transfer of income via Auxílio Brasil may even have insured part of the vulnerable workers at home. However, that would be something more punctual, according to her.

In Pelatieri’s assessment, the participation rate remains below the pre-pandemic level, mainly due to factors such as “disenchantment” with the opportunities available in the job market. In this sense, she sees the creation of jobs with lower quality in recent quarters.

A recent study by Dieese concluded that occupation has increased especially in positions that require less schooling and pay lower wages.

“Some of the workers did not return to the market because they had to take on tasks, but there is also the issue of lack of opportunities.”

Pnad investigates both the formal and informal sectors. That is, it ranges from jobs with a formal contract and CNPJ to the popular odd jobs.

In the quarter up to August of this year, the number of people employed with some type of work reached 99 million. Thus, it renewed the record of the historical series, started in 2012.

At the same time, the number of unemployed fell to 9.7 million. It is the lowest level since November 2015 (9.3 million), when the Brazilian economy is going through recession.

On the other hand, the average income of the population employed with some work continued to show fragility, despite recent signs of relief due to the lull in inflation.

“The job market has been showing good numbers, but there are still some indicators that have not shown the same evolution”, analyzes Barbosa Filho, from FGV Ibre.

According to economists, the generation of jobs tends to continue on the rise in the rest of 2022. The end-of-year festivities usually open up temporary opportunities in sectors such as commerce and industry.

From 2023, however, the scenario indicates a slowdown in economic activity, which threatens to stop the opening of jobs.

The delayed effect of high interest rates and the risks in the international scenario are pointed out as possible brakes for the Brazilian economy. There is also the uncertainty associated with the next presidential term.

Variety of new corporations will increase by 25%…