Ju Ferraz, from Holding Clube: a trajectory based mostly on relationships

Juliana Ferraz is a businesswoman, speaker, influencer and communicator – and, soon, a writer

Juliana Ferraz she is a businesswoman, speaker, influencer and communicator: multiple functions that she manages to fit into her 24 hours a day. The Bahian woman, who has lived in São Paulo for 20 years, has always been used to proving what she came for. “I grew up hearing that I wasn’t going to get where I am. But I prepared myself a lot with the relationships I built”.

Today, she is a partner and heads the business division of Holding Club, which he entered in 2018, after being invited by Victor Oliva, president of the company. She had just had a burnout, but he found all the support from his friend and future partner to be able to heal and find a healthy work routine. The partnership was more than successful – in 2022, for example, the company specializing in experience marketing earned more than BRL 200 million.

Coming from a lineage of strong women who inspired her, Ju started her professional career early, at the age of 15, when she lost her father and, thus, her financial stability. She didn’t stop anymore. She has already gone through advisory services, communication vehicles and a set design company until she took her current position at Holding Clube, the parent company of eight different agencies. Today, his projects include mega-productions like Camarote Nº1 in Sapucaí, activations of big brands at Rock in Rio, festivals all over Brazil, in addition to actions for big brands.

In addition, Juliana takes great care of her personal brand. On her Instagram profile, she conversation with more than 110 thousand followers about the “free body” movement, self-esteem and consumption. Her main focus is to uplift women, as she has seen herself down a lot. “All of my activism comes from my life story,” she explains.

From his story also emerged his darling project, baptized BODY (Body Open Defines You), a series of panels and experiences focused on acceptance and well-being. “I have to use my place of conquest as a showcase. By having visibility, I want to enhance this story”. BODY had its first – successful – edition last October, and should become a biannual event.

As if that were not enough, Juliana is preparing to launch, in March of next year, a book that, according to her, “is almost a survival manual based on my mistakes and successes.” The launch will be in Salvador, where his professional life began.

At the end of the day, everything Juliana does involves what is most precious to her: her relationships and her gift for communication. “My whole trajectory has to do with how I relate to people”, she concludes.

Success for you today means what?

Being healthy, being able to carry out my plans and being with the people I love.

Which person, for you, translates the idea of ​​success today? Because?

A successful woman for me is Dona Canô, who had many artistic children, raised them in the interior of Bahia with great respect for freedom. She, despite having generated music icons, never left her essence. She used to say that “for us to be happy, we need to have courage”. And that’s it.

A quality that all successful women have in common, in your opinion?

Humility. Success is relative. Humility is very important to learn from others. Since we talk about success in terms of achieving goals, the more humble you are, the smarter you are with exchanges, acceptance and learning.

What’s the best advice, personal or professional, you’ve ever heard in your life?

When I was 17, I worked on a lifestyle website in Bahia. My boss had a messy way of leading, and one day I called an aunt and told her I was leaving. She said “my daughter, for you to reach your goals, you need to swallow frog”. Then I understood the importance of that advice and many times in my life I remember it. We have to have a lot of emotional intelligence at work.

What’s in your field of vision every day when you sit at your desk?

My office is a Goyard bag with perfume, makeup, headphones, computer, notebook and lots of pens – I love the case! I can work from anywhere, but I have a desk in my room, which is where I learned Portuguese with my grandmother, and it has a huge meaning. Every day I wake up and see my saints, my orishas, ​​my books, my creams on my table, it’s a kind of sanctuary. And every time I have a work challenge I sit there, because it’s almost a lucky work table.

One thing you would change about your profession?

I would like my profession to be more gender-equal. We still have a very sexist market, and I would change that immediately if I could. It’s about having different decision-making voices. The more diverse and inclusive the decision chain is, the fairer the market will be.

When was the last time you had a “eureka” moment?

When I created BODY At the beginning I had a dream, but I didn’t know how to materialize it or how to connect it with the community. One day I went to dye my hair at the salon and met a friend, I told her that and she said “I’ll do it with you”. It was an awakening and I came up with it in one day. It was almost as if I had plucked up the courage to face my truth.

What was the biggest challenge of your professional career?

heal from burnout🇧🇷 I didn’t have the emotional preparation to be able to maintain myself and to be the professional that I was. I lost the ability to negotiate, to argue, and I’ve been doing it since I was 17. I was reborn, because when I had a burnout I had to choose what I wanted to be from then on. People told me not to talk about burnout, but I didn’t know how I was going to get out of it. It was an exercise in humility and surrender to be able to rebuild myself. I was not a humble person. I didn’t let people talk, I didn’t know how to listen, and when I understood that this only took me to the bottom and left a negative residue for the people who lived with me, I saw that this was not what I wanted to be. I had the need to be the center of attention, mostly because of insecurity.

How to deal when plans do not succeed?

My change from Glamurama to a set design company was not the right decision. It took a lot of patience and a lot of help. When we migrate careers it is a risk. When I made this migration, I bet all the chips, but I was in an uncomfortable situation, and I couldn’t break the expectations of the company that hired me. I needed to learn how to prepare and bring skill. Patience, clarity to study the change strategy and ask for help are needed.

What did you give up in your personal life, in the name of professional success?

A lot of things. Of moments with my son – I spent 10 consecutive years away from him on New Year’s Eve, because it was a date when I worked, it was very difficult. I didn’t see him say “mommy”, I didn’t see the first tooth come in. My first marriage ended because of work and I saw a lot pass before me because I was working.

What will you never give up in the name of success?

Being with the family, being healthy, being an ethical woman. And it’s non-negotiable to be me. We wear clothes and characters to please each other, but today’s Juliana is me, she’s the one who has it.

Their League of Legends: Girls’s Championships…

Who’s the manager who will lead Levi’s and why… 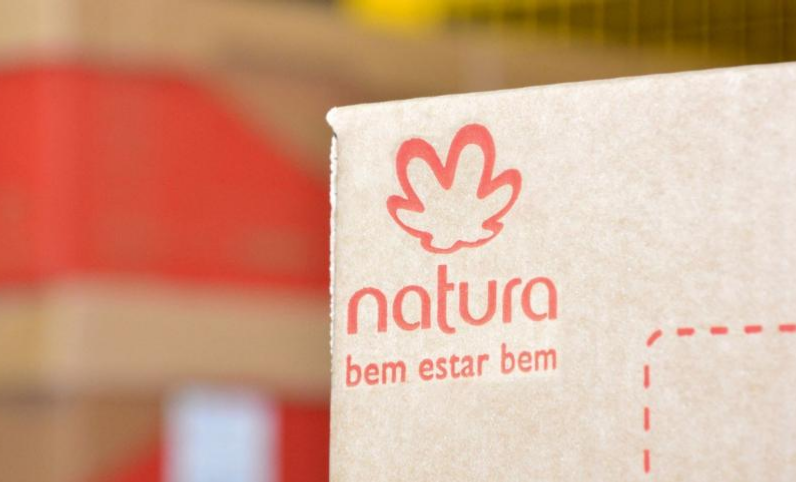 The first lecture of Mulheres em Movimento, by OVALE, was invited by Kátia Vaskys, former president of IBM Brazil, who in…