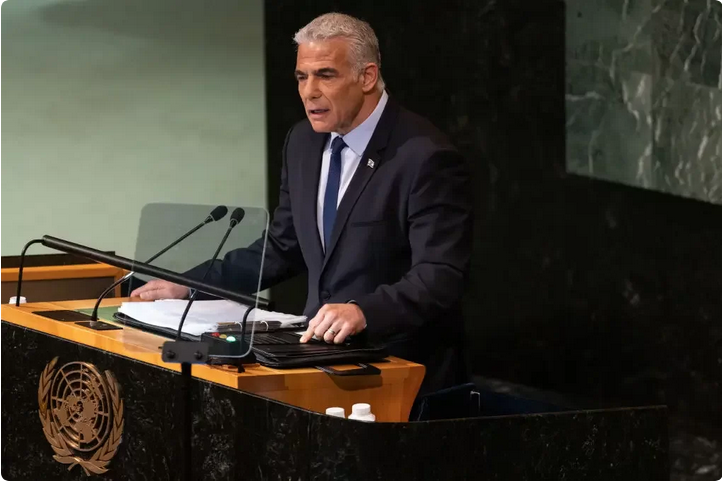 The speech left many Israelis “wide-eyed”, it is the first time in years that a leader of the country has said such a thing in a speech at the UN General Assembly.

The Israeli Prime Minister, Yair Lapiddefended yesterday the creation of a Palestinian state in his speech to the UN General Assembly. It was the first time in years that an Israeli leader had gone this far in a speech at the United Nations.

“An agreement with the Palestinians, based on two states for both peoples, is the right thing for Israel’s security, for Israel’s economy and for the future of our children,” he said.

The tenor of Lapid’s speech, anticipated by the newspaper Times of Israel on Wednesday, left a lot of people in Israel wide-eyed. He was supported by some allies on the left but angered ministers on the right of his increasingly unstable governing coalition, whose future is due to be decided in November, in the fifth election in four years.

The reaction reinforces the fragility of the prime minister’s statement, whose feasibility in practice today is highly unlikely. Interior Minister Ayelet Shaked said Lapid spoke for himself, not the government, and said he had no standing to represent Israel when the issues at stake could harm the country.

Lapid made the reservation that any agreement would be conditional on a peaceful Palestinian state, which would not threaten Israel, practically repeating what US President Joe Biden defends. Even so, it was no use. Former Prime Minister Naftali Bennett wrote that there is “no logic to the idea of ​​a Palestinian state today”.

“It must be said clearly: there is no room for another country between the Mediterranean and the Jordan River. Not only because of our right to land, but also because there is no possibility of diplomatic negotiation with the Palestinians.”

Lapid also didn’t find much enthusiasm in the west bank. Leaders of the Palestinian cause reacted with skepticism to the prime minister’s speech. Wasel Abu Youssef, a member of the Palestine Liberation Organization (PLO), said the Israeli’s words “mean nothing”.

Mubadala throws within the towel and repeals proposal…

Far past hummus: perceive the renaissance of Palestinian delicacies

With Defensive Vision, BTG Analyst Calls for Caution for…

Meta event in Brazil calls influencers to spread the…

In the Latin American edition of the Meta Summit event, Mark Zuckerberg’s company celebrated the advances of its social networks, but…