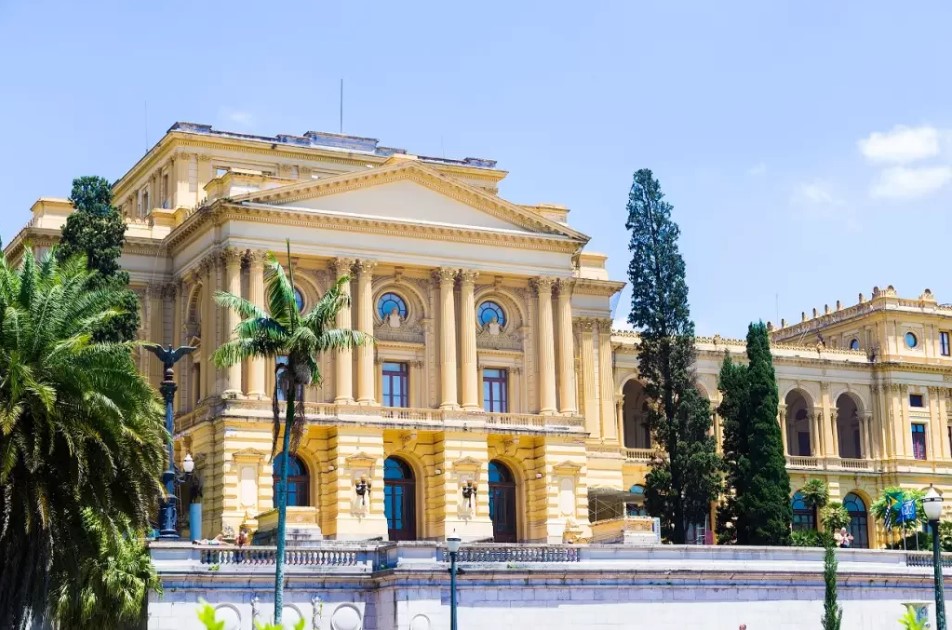 Ipiranga Museum will reopen on September 6, after being closed for 9 years

Historical heritage is part of the commemorations of the Bicentennial of the Independence of Brazil; works cost BRL 183 million

Closed since 2013, the Ipiranga Museum, in São Paulo (SP), will reopen to the public next month, as part of the celebrations of the Bicentennial of the Independence of Brazil. Listed as Municipal, State and Federal Historic Heritage, the monument-building underwent restoration and modernization works.

“It is a heritage that is inadmissible to be closed and, thanks to this joint work, we are now managing, on the 6th of September, to give back to the population what in fact belongs to the people. Anyone who arrives here will be delighted with the structure, the way this work was carried out”, said Carlos Brito, Minister of Tourism, during a technical visit.

The works to make the new Ipiranga Museum possible had R$ 183 million authorized through the Rouanet Law, the main tool for promoting culture in the country. Through the law, the projects receive a federal seal that is reflected in tax exemptions to supporters of the action, whether they are companies or ordinary citizens.

According to the minister, with the Ipiranga Museum, tourism in the region will be stronger and stronger. The number of visitors to the museum is estimated to rise from 300,000 a year to 1 million. “Not only in the region, but in Brazil because a heritage like this increasingly strengthens our culture. We are going to make this heritage an incentive to bring new tourists to Brazil and São Paulo”, said Brito.

After the renovation is completed, the museum will have two large entrances, a ticket office, an auditorium for 200 people, an educational space, a café, a shop and a temporary exhibition room. As a result, the total built-up area will double what it had previously and will offer full accessibility via elevators and escalators and a new air conditioning system.

The French garden in front of the building is being completely transformed with new landscaping, restaurant, infrastructure for food bikes, modernization of public lighting and access roads, accessibility equipment and reactivation of the central fountain.

Built between 1885 and 1890, the Ipiranga Museum is located within the Parque Independência complex, in the southern part of the capital. Originally conceived as a monument to Independence, it was declared the seat of the State Museum in 1895 and, since 1963, it has been administered by the University of São Paulo.

Labor reform is 5 years within the sights of…

Points of the new CLT must be reviewed; worker rights per application will be debated The new rules created by the…

Nutrien publicizes acquisition of Safra Rica, the eighth in…

The Canadian multinational nutrien announced its eighth acquisition in Brazil in three years, the third in 2022. This is now the…