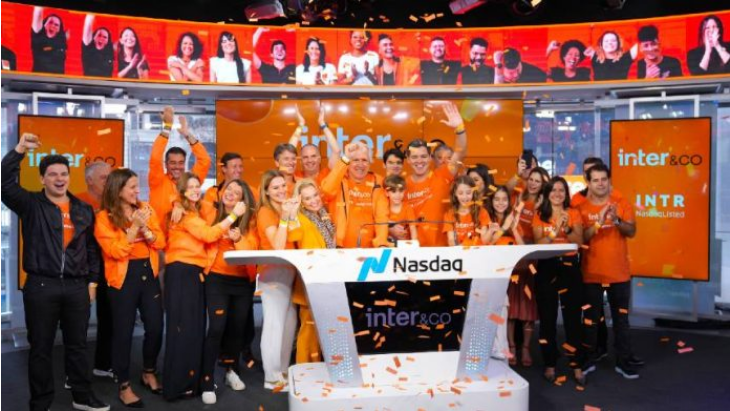 At 10:29 am last Thursday, after a journey that began in 2021, Inter finally concluded the migration of its shares from B3 to Nasdaq, a step considered essential by the digital bank to have access to more capital and a base broader and more connected with its technology footprint.

An operation of this size, by itself, is already quite complex. And this path takes on an even more challenging contour due to the fact that it takes place in an extremely unstable global macroeconomic moment, with harsh reflexes, in particular, for technology-based companies listed on the stock exchange.

However, according to João Vitor Menin, CEO of Inter, the idea of ​​postponing or shelving the project in this scenario was not considered by the company. And, more than that, he understands that such a context presents an opportunity for the company and investors.

“Waiting for perfect timing doesn’t work,” Menin said in a conversation with journalists this afternoon. “And, looking at it in a positive way, I consider that this moment is a good entry point for international investors who like our history and who already followed us.”

In his assessment, he highlighted the fact that the share price is being traded at some discount, in the wake of market volatility. And also the question of these investors now having the option of investing in the company’s shares directly in the US capital market.

“It is much easier to buy shares in the United States than in Brazil, even because of the exchange rate issue”, he observed. “It is even more convenient for these investors to become our shareholders. So I actually think the timing is right for this migration.”

In addition to this vision, the Nasdaq listing brings another important aspect to Inter, given that, from now on, the digital bank has in the figure of Nubank, valued at more than US$ 18 billion, a more assertive basis for comparison. And the company led by Menin may have some advantage in this race.

One of the issues is the fact that the bank already has a broader and more consolidated portfolio of financial products and services, as well as non-banking offers. With this, the company is a few steps ahead in what is one of Nubank’s greatest challenges: increasing the average revenue per customer, in the case of Inter, a base of more than 20 million users.

Comparisons aside, Menin also highlighted that, with the migration of roles, the company has not issued new shares and is not raising new funds. “We’ve made four equity offerings in the last four years and we’re already well capitalized,” he said.

This does not mean, however, that the company does not have challenges ahead. The main one, perhaps, is to scale the operation in the United States, which began with the acquisition, in August 2019, of American fintech Useend.

At the moment, the portfolio in the United States has options such as international remittances, Usend’s main product, in addition to debit card, investments and offers from the Inter Shop marketplace.

“Of course, these products are not as advanced as what we have in Brazil,” stated Menin. “But we will not only improve them, gradually, but we will also bring other offers, for example, the part of insurance.”

In order to reach the goal of ending the year with a base of 1 million customers in the United States, Inter’s initial focus will be both the immigrant audience, especially Brazilians, who live in the United States, as well as part of the customer base of Inter willing to have a global account.

“We have these two channels of attraction and, in this first moment, this tailwind will come from our Brazilian customers”, highlighted the CEO of Inter. “As of 2023, 2024, the proportion of customers there opening an account from the United States will be higher.”

Menin added that expansion in the United States follows a “smart” approach. “We have little execution risk and there is no need to allocate a lot of capital,” he said. “But we will go step by step and we will swim with the current.”

Despite the focus on definitively setting foot in the American market, he does not rule out, in the medium term, expanding the operation to other markets. And he pointed out that a possible sequence of this strategy would probably not have other Latin American countries as a scale, but the European continent.

At B3, where the company started trading stock receipts (BDRs) since Monday, June 20, the devaluation on the day was 6.88% at the same time.

Nubank’s shares were quoted at US$ 4.03 on the New York Stock Exchange, up 2.41%. In the year, the company’s shares accumulated a devaluation close to 57%.

Congress sees 2-year restrict for Bolsa Família out of…

Party prefers validity of at least 4 years for proposal, but members say they can accept reduction by approval of PEC…