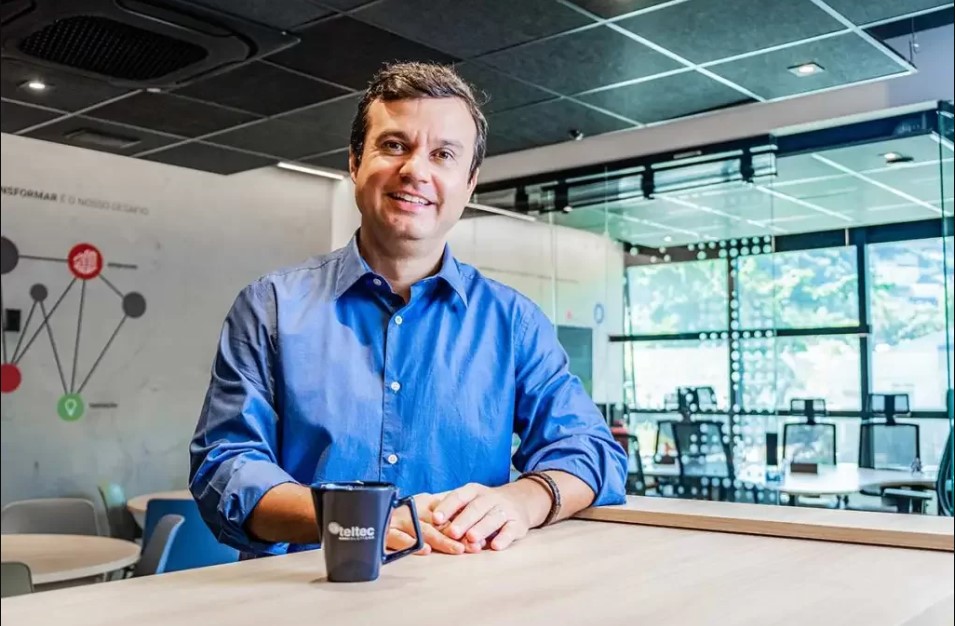 Innovation killed his enterprise. After altering every thing, this SC entrepreneur will earn BRL 200 million

Diego Ramos is CEO of Teltec, a company that in the 1990s installed fixed telephony in the interior of SC. By betting on the cloud, business doubled in size in the pandemic

The entrepreneur from Santa Catarina Diego Ramos saw very early on the disruption of the market in which it operated. With a good dose of willingness to change everything, he has been reaping impressive and inspiring results.

Ramos is director general of Telteca telecom company founded in Florianópolis in the early 1990s.

The last two years have been excellent for the company. Revenue jumped from BRL 75 million in 2019 to BRL 184 million last year.

The accelerated growth guaranteed Teltec the 9th position in the EXAME Business in Expansion ranking, published in Julyin the category of companies with net operating revenue between R$150 million and R$300 million.

Behind the numbers is a wise bet on cloud computing, technology responsible for keeping millions of other businesses on their feet in the most critical phases of the pandemic and social isolation.

One of Teltec’s flagships is consulting for companies on the adoption of cloud computing — Teltec is one of the partners in Brazil of the Americans Amazon and Microsoft, two of the largest providers of cloud infrastructure in the world.

In the list of more than 800 clients are the Public Ministry of Santa Catarina, Banco Semear, Editora do Brasil, as well as federal universities and private education institutes.

The beginning of the operation, in the 1990s, was with Diego’s father, electrical engineer Glauco Brites Ramos, then a civil servant who left the job’s stability to undertake when he saw an obvious demand.

At the time, many cities in the interior of Santa Catarina had little or no fixed-line telephony infrastructure.

“As my father understood the assembly of transmission antennas and fiber optic cables, a novelty at the time, we made a business out of it”, he says.

The client at the time, state-owned Telesc, was privatized in 1998, at a time when demand for Teltec’s service had come to an end — 100% of Santa Catarina’s cities already had some telecommunications infrastructure at the turn of the 2000s.

how the business changed

Teltec’s original business was still obsolete in the following decade, with massive investment by telephony operators in infrastructure for fixed and cellular networks.

At the same time, software was swarming to improve the management of parts of a company. “We saw the integration of so many IT solutions as a new avenue for growth,” says Ramos.

At that moment, the solution was to invest heavily in manpower. “We bet on young engineers to rebuild the company’s areas of activity”, he says.

Currently, of the more than 200 employees, most have this training.

Teltec’s next turn, in Ramos’ projection, is 5G.

“We see in 5G an incredible potential to foster entire ecosystems of smart cities, because we believe that 5G will completely unlock the internet of things”, he says.

In good measure to support the new demand, Teltec is opening offices in several Brazilian capitals.

Today, the company operates throughout the country from offices in São Paulo, Brasília (DF) and Florianópolis.

Now, it is investing R$ 5 million in opening offices in Recife, Belo Horizonte, Curitiba and Cuiabá.

From Brazil to the world: uncover the startups…

Essentially the most sought-after enterprise concept in 2022 —…

Sebrae research indicates the business ideas most researched by the public in the last year; check out The beginning of a…