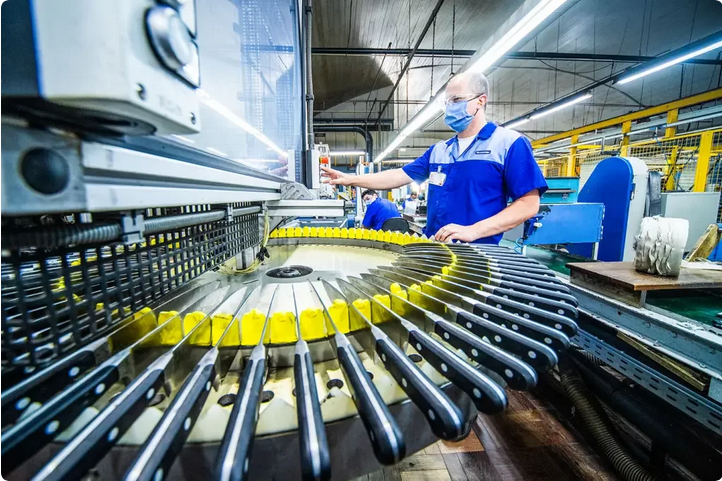 Industrial production grows 0.3% in May, points out IBGE

THE Brazilian industrial production grew 0.3% from April to May. It is the fourth consecutive positive result, leading the sector to accumulate a high of 1.8% since February. The balance in 2022, however, is still negative, and activity is 1.1% below pre-pandemic level. The data are from the Monthly Industrial Survey (PMI), from the IBGE, and were released this Tuesday.

Three of the four categories surveyed registered an increase in production in May. Capital goods and consumer durables increased by 7.4% and 3%, respectively, with both activities returning to growth after a sharp decline in April. The sector of semi and non-durable consumer goods grew by 0.8%, but at a slower pace than in the previous month (2.3%). On the other hand, the segment of intermediate goods dropped 1.3%.

Machinery and equipment (7.5%) and automotive vehicles, trailers and bodies (3.7%) were the activities that exerted the greatest positive contribution in the month, after decreasing in the previous month.

Other contributions to the total of industry came from food products (1.3%), travel articles and footwear (9.4%), electrical machines, equipment and materials (5.5%), other transport equipment (10, 3%), maintenance, repair and installation of machines and equipment (7.5%) and of computer equipment, electronic and optical products (3.6%). On the other hand, there was a reduction in production, mining and quarrying industries (-5.6%) and other chemical products (-8.0%).

According to the IBGE, the recent improvement in industrial performance may be related to the recovery of the labor market and the fiscal measures implemented by the government, such as the release of FGTS resources and anticipation of the 13th for retirees and pensioners, which boosts the demand for goods. .

On the other hand, the industry is still dealing with variables that limit the recovery of past losses, such as high inflation that erodes household income, high interest rates that make credit more expensive and the job market that still remains low-income. .

— The industrial sector still has a large space to be recovered compared to higher levels of the historical series. There are still restrictions on companies’ access to inputs and components for the production of the final good and the increase in production costs. Several industrial plants continue to carry out stoppages, reductions in working hours and granting collective vacations, with the automobile industry exemplifying this situation well in recent months — says André Macedo, research manager.

Government sends to Congress project for capitalization of…

To end hunger and pollute less, agriculture must…