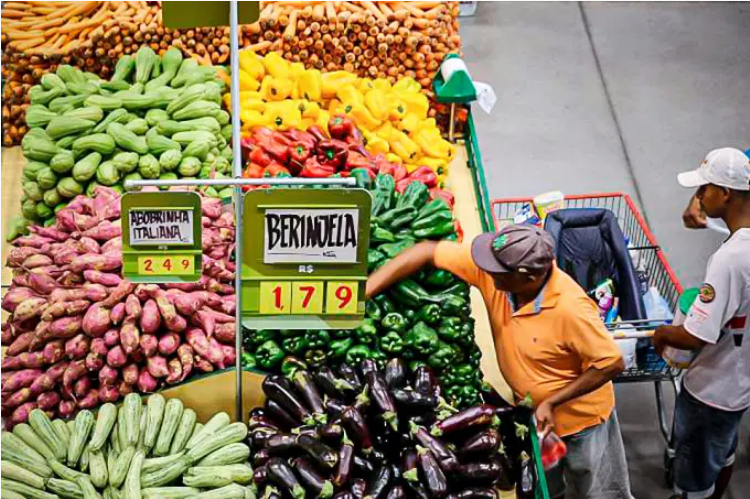 In a metropolis like São Paulo, the income of the poorest 5% of Brazilians may not even be enough to buy two units of the famous dish made, the pê-efe, or a kilo of meat per month.

In 2021, the approximately 10 million that made up this group in the country saw the monthly household income per capita (per person) plummet to R$39 on average.

The fall was 33.9% compared to 2020 (R$ 59), the most intense among the population groups investigated in the Continuous Pnad: Income from All Sources 2021.

The survey, released this month by the IBGE (Brazilian Institute of Geography and Statistics), goes beyond the job market and also assesses income obtained from other sources of funds, such as social benefits, pensions and rents.

In São Paulo, a dish-of-the-day or ready-to-eat meal cost R$23.90, on average, in October 2021, according to a survey carried out by Procon-SP in partnership with Dieese.

That is, in a hypothetical situation, the R$ 39 of the income of the poorest 5% of Brazilians would be below the value of just two pês: R$ 47.80.

The income of the most vulnerable layer was also lower, for example, than the price of a kilo of prime beef in the capital of São Paulo.

In December 2021, the product cost R$42.89 on average, according to another survey carried out by Procon-SP in partnership with Dieese.

In the view of economists, the data illustrate the size of the social challenge that the country faces after the arrival of the pandemic.

In addition to being affected by restrictions on entering the job market and escalating inflation, the poorest also felt the reduction or end of social benefits such as emergency aid, created in 2020 and ended in 2021.

“At the beginning of the emergency aid, we saw a great effect in the fight against poverty, and this had to be done. Now the situation is very difficult. The waiting list for help is growing”, says economist Alysson Portella, a researcher at Insper.

In December 2021, the average price of a 13-kilogram bottle of cooking gas was R$102.32 in Brazil, according to the ANP (Agência Nacional do Petróleo, Gás Natural e Biocombustíveis).

This means that, in a family of three and with an income of R$39 per member, the purchase of a cylinder would consume 87.5% of the total income (R$117).

According to data released by the IBGE this month, individual income also plummeted by more than 30% in the range of Brazilians who were above 5% and even the poorest 10% in the country.

“The worst thing is that, in addition to the income of the poorest strata being very low, it is unstable. It fluctuates a lot”, says economist Marcelo Neri, director of the social policy center FGV Social.

“In the last few years of the pandemic, with the entry and exit of emergency aid, this volatility increased”, completes Neri, who draws attention to the increase in hunger in Brazil as one of the consequences of the current crisis.

According to a recent analysis by FGV Social, based on Gallup World Poll data, the share of Brazilians without money to feed themselves or their family at some point in the last 12 months rose from 30% in 2019 to 36% in 2021. percentage is a record in the series started in 2006.

‘Sometimes we can’t do anything’, says mother

Simone Maria Cordeiro, 47, saw her income from working as a recycler become more uncertain and leaner after the impacts of the pandemic and high inflation.

“It really depends on the day. Sometimes we get nothing,” she says.

To pay for family expenses, the resident of Rio de Janeiro depends on donations and resources from Auxílio Brasil and Auxílio Gás, which total more than R$500.

Simone has 11 children. Six of them still live with her in an occupation.

“One of the salvations is that they study and get breakfast or lunch at school. It helps a lot,” she says.

“We go to the supermarket, but buy just enough to keep us going for a few days. I am fighting for my survival and that of my family,” she adds.

Those responsible for social initiatives report that the demand for donations of groceries remains heated, even after the most critical phases of the pandemic.

Currently, 33 million people are hungry in the country, according to the 2nd National Survey on Food Insecurity in the Context of the Covid-19 Pandemic in Brazil, released this month.

The contingent is similar to that registered 30 years ago. In 1993, there were 32 million in this situation.

“We notice when the situation gets worse in the territories where we operate before the IBGE data show this”, says Rodrigo “Kiko” Afonso, executive director of the NGO Ação da Cidadania.

“Any improvement [no apoio aos vulneráveis] goes through the fight against hunger. If a person doesn’t eat, he won’t be able to look for a job or study. She needs to eat,” he adds.

Economist Ely José de Mattos, a professor at the PUCRS Business School, believes that an improvement in the scenario for the poorest strata is threatened by a series of difficulties foreseen for the second half of 2022.

Among the risks are signs of slowing economic activity, persistent inflation and a labor market that has not fully recovered from the recent crises.

According to Mattos, the fight against poverty involves public power projects that consider the existing differences within the most vulnerable groups.

“For the poorest 5%, it’s social assistance in their veins. It can’t be much different,” she says.

“If you take a picture of the poorest 25%, there are many differences between them. […]. For some profiles, we can work with direct productive inclusion, specific training. All this is a very targeted government policy”, he amends.

With the economic crisis on the eve of the elections, the Jair Bolsonaro government (PL) exchanged Bolsa Família, associated with PT administrations, for Auxílio Brasil, whose beneficiary families receive a minimum of R$ 400.

However, as reported by the Sheetthe new program still registered a queue of 764,500 families in May.

“We have to look carefully at the poorest groups. Inflation and unemployment are two evils experienced most strongly by them”, says economist Marcelo Neri, from FGV Social.

“In the case of social programs, there was a mismatch. We need to go back to learning: those who are poorer have to receive more resources than others, bigger families too”, she adds.

Fuels: what is true and what is a…