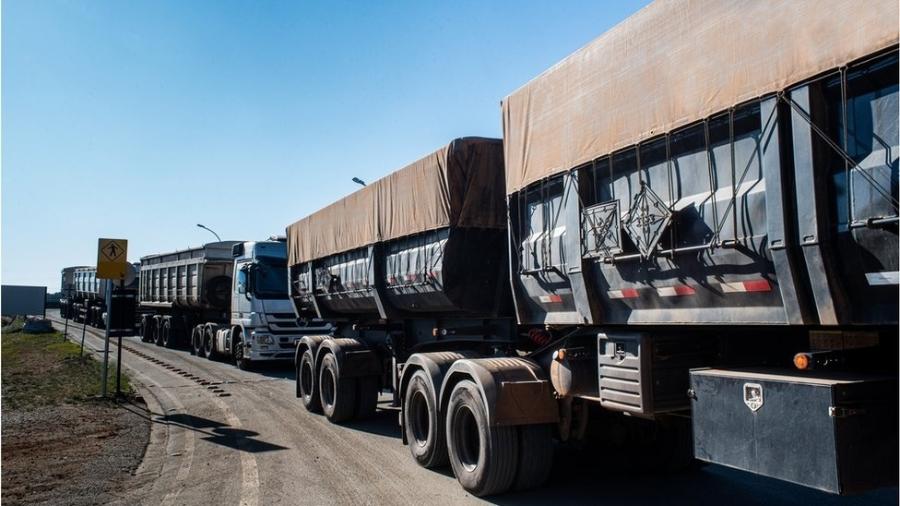 If diesel is lacking, food production, inflation, exports and GDP will worsen

The shortage of diesel oil in the coming months, if it actually occurs, puts the entire economy of Brazil at risk. Food production, inflation, grain exports and GDP would be affected. This is the assessment of analysts consulted by UOL regarding the possibility of running out of fuel in the second half of the year. For them, however, it is unlikely that there will be a generalized shortage of fuel.

At the end of May, Petrobras sent a letter to the MME (Ministry of Mines and Energy) warning of the risk of diesel shortages in the country. Last Wednesday (8), the state-owned company issued a new alert and defended the alignment of diesel prices in Brazil with those abroad, to guarantee the internal supply of the fuel.

One of the main concerns is with the transport of the grain harvest from the producing areas to the Brazilian ports, according to Professor Carlos Antônio Moreira Leite, from the Department of Rural Economy at UFV (Federal University of Viçosa).

Today, cooperatives and producers in general do not need to transport everything at once to the port. There is relatively good storage capacity at the production sites and, therefore, the harvest is being shipped in the second half of the year. The big complicating factor is exactly diesel, because transport is still very dependent on trucks
Carlos Antônio Moreira Leite, professor at UFV

According to Leite, throughout the second half of the year, grains such as soybeans and corn will be transported — two products that are prominent in the Brazilian export agenda. Last year alone, Brazil exported 86.1 million tons of soybeans and 20.4 million tons of corn.
Difficulty in planting

The shortage of diesel, if it occurs, could also jeopardize the 2022/2023 food crop in general. The UFV professor recalls that planting in the second half of this year depends on inputs that come from other countries.

This is the case with fertilizers, seeds and pesticides. These products arrive at Brazilian ports and need to be distributed inland, often by means of diesel-powered trucks.

“Fertilizers are mostly arriving in Brazil for the next harvest. They are in the ports, but they need to be taken to the ‘interior of the interior’, where the productive zones are”, explains Leite.

If there is a shortage, routes may be interrupted. Another possibility is that the cost of diesel will skyrocket, due to restricted supply. In this case, the producer may be forced to pass on the increased cost of obtaining inputs to the rest of the chain. The result would be more inflation.

“If there is no diesel, the cost of production will increase violently. And we have a population that is already suffering from the increase in prices”, says the professor.

The most recent data from the IBGE (Brazilian Institute of Geography and Statistics) show that in the 12 months through April, the country’s accumulated inflation was 11.73%. In the period, vegetables were 32.15% more expensive, and fruits rose 25.3%. Tubers, roots and vegetables accumulated a high of 55.84%.
Impact on inflation and GDP

The superintendent of the projects area at Fipecafi (Foundation Institute for Accounting, Actuarial and Financial Research), Gabriel Emir Moreira e Silva, states that, in a scenario of diesel shortages, “the inflationary pressure will be great, not so much because of the rising component the price of fuel, but by transferring this cost to food”.

Silva explains that the cost of fuel has a considerable value in the final price of food. “This does not happen with a TV, for example, or with other goods of greater value”, he says.

For economist William Baghdassarian, finance professor at Ibmec in Brasília, the shortage of diesel, if it occurs, will have an impact not only on inflation, but also on the growth of the Brazilian GDP (Gross Domestic Product).

“Diesel consumption and economic activity are closely related,” he says. “If there is a shortage of diesel, there will be a slowing impact on GDP.”
Brazil faced crisis in 2018

In 2018, during the government of Michel Temer, Brazil faced a similar phenomenon. The truck drivers’ strike reduced the transport of food and other products across the country, especially in May, with repercussions on the economy.

The IPCA — the official inflation index — rose 0.4% in May 2018 and 1.26% in June, in the wake of the strike movement. Economic activity, according to the IBC-Br (Central Bank Activity Index), dropped 3.59% in May of that year, compared to April.

In 2018, the crisis was also linked to diesel supply and prices. The difference is that, now, there is no strike movement by truck drivers. Even so, according to Baghdassarian, an eventual crisis of diesel shortages would harm economic activity and have an impact on the prices of goods.

Not everyone will be depleted. Probably, people who live around large cities will suffer from the high prices of products, but they will remain. Now, those who live more than 200 kilometers from a major center, for example, may have problems. This is because it can be very expensive for the truck driver to transport goods there.
William Baghdassarian, professor at Ibmec

Representatives of the sector consulted by UOL say that the risk of diesel shortages is greater in the North and Northeast regions of the country, which are more dependent on imports. These regions are more extensive and have fewer refineries.
Will you run out of diesel?

Analysts heard by UOL assess that, despite the risk, it is unlikely that there will be a general shortage of diesel in Brazil in the coming months.

“It was a hypothesis raised by the next oil sector. There is a possibility of running out of diesel, but a combination of factors needs to happen for this to occur. The government is already moving”, ponders Baghdassarian.

This is also the view of Leite, from UFV. “I have the impression that the possible shortage is not such a big risk, but it is a risk. And the government is very concerned about it,” he says.

At the beginning of March, the MME created a group to discuss solutions for the supply of diesel, with representatives from the government, the ANP (National Petroleum Agency), sector associations and Petrobras.

On May 27, the MME published a note informing that diesel oil inventories represent 38 days of imports.

In Congress, bills are being discussed that reduce taxation on diesel oil. The assessment is that the fall in prices can reduce the crisis in the sector and the risk of shortages.

“I do not believe that this scenario will get worse. What can happen is an additional increase in the price of diesel, due to the need to import”, says Silva, from Fipecafi.
Why does the offer matter?

The possible lack of diesel oil is linked to the difficulty of importers in passing on the cost of the operation in the Brazilian market.

Professor of Energy Planning Mauricio Tolmasquim, from Coppe/UFRJ (Instituto Alberto Luiz Coimbra for Graduate Studies and Research in Engineering, Federal University of Rio de Janeiro), recalls that, currently, the lag between the national price of diesel and the internationally is close to 3%. That is, diesel here is cheaper than the international price.

The lag occurs despite the fact that, in 2022, Petrobras promoted three increases in diesel prices: 8.08% (January), 24.9% (March) and 8.87% (May). The elevations are for diesel refined by Petrobras, which ends up serving as a reference for the imported product.

Due to the lag, fuel distributors may give up importing the product. The problem is that currently around 30% of the diesel sold in Brazil comes from other countries.
Government

UOL sought out the MME to comment on the topic of this report. The ministry did not comment.

Crisis in tech companies: movement is cyclical and…

The place does the fortune of…